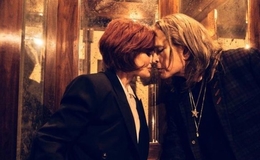 Inside Ozzy Osbourne and Sharon Osbourne's 40 years of marriage: The Prince of Darkness has been married twice.

Heavy metal star Ozzy Osbourne and his wife, television personality Sharon Osbourne, have been married for over three decades. The pair have survived several bumps during their decades-long marriage- some quite publicly, but continue to thrive as a couple and a brand. Called quite a turbulent marriage, Ozzy and Sharon's wedding includes confessed altercations, cheating scandals, and more.

Ozzy, 73, is an English singer, songwriter, and prominent television personality. Best known for his long stint as a lead vocalist of the heavy metal band Black Sabbath, Ozzy's career spans decades and various fields. Sharon, 70, although best credited for being the wife of a certified legend, is a star in her own right. Sharon has risen to become a celebrated tv personality through her work in American's Got Talent, The X Factor, and other television shows.

The Complete Truth about Ozzy and Sharon Osbourne's Relationship!

The Black Sabbath alum has been married twice. Ozzy's first marriage with Thelma Riley was a hasty decision. Done on the spur of the moment, the singer would later call his first marriage a "terrible mistake." Ozzy and Riley's marriage sustained for over a decade nonetheless. Ozzy was a married man and a father of three, daughter Jessica and son Louis, including Thelma's son Elliot from her previous marriage, when he met Sharon. 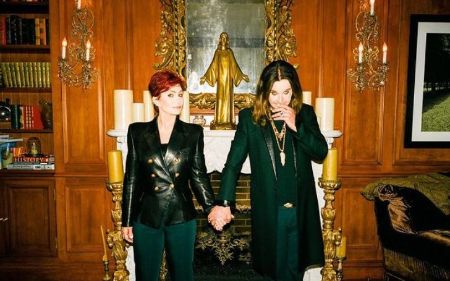 Ozzy and Sharon have been married for over forty years. SOURCE: Instagram

A promising star then, Osbourne would meet Sharon, a 19-year-old girl, through her father, Don Arden, who managed Black Sabbath. Following Ozzy's exit from the band in 1979, Sharon began managing her future husband's solo career. The pair subsequently started their romantic relationship. They walked down the aisle on July 4, 1982, in Hawaii and have since welcomed three children.

The Osbourne couple alluded to a troubled relationship in 1989 when the singer, under the influence of drugs, tried to strangle Sharon. Ozzy's alcohol-fueled crime led to his arrest but didn't result in the dissolution of his marriage. Recalling the nearly fatal incident in her biography, Nine Lives of Ozzy Osbourne, the X Factor judge wrote, "I had no idea who was sat across from me on the sofa but it wasn't my husband."

Ozzy and Sharon briefly called it quit in 2016!

Ozzy and Sharon's personal life have consistently been highly-scrutinized topics, and the duo hasn't withheld many aspects of their life from fans. The twosome, along with their kids,  gave fans access to their life with the reality series The Osbournes, which ran for four seasons, and The Ozzy & Jack's World Tour. The pair sparked recurring split rumors as they went on and admitted to their estrangement amid a cheating scandal in May 2016. 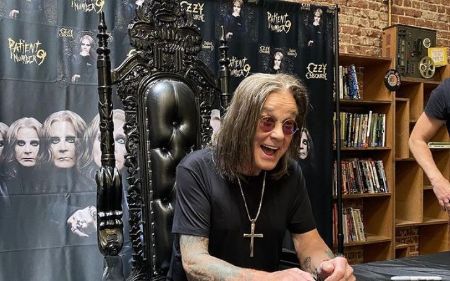 Ozzy was married to his first wife, Thelma, for a decade. SOURCE: Instagram

"I honestly at this point today have no idea what I'm going to be doing with the rest of my life," a disheartened Sharon said in her statement. Within less than two months of their official split, the pair had rekindled their love. The enduring duo renewed their wedding vows in 2017. Ozzy and Sharon commemorated their 40 years of marriage earlier this year in July. "Always at each other's side, I love you, Ozzy," Sharon wrote.

Who are Ozzy Osbourne and Sharon Osbourne's Children?

The Hall of Famer and the music manager share three children, son Jack and daughters Kelly and Aimee. Born on September 2, 1983, Aimee is the couple's eldest child. An actress and singer, Aimee's credits include Wuthering Heights, Postman Pat: The Movie, and Behind the Music. Although her siblings achieved notable popularity through the family's reality series, Aimee famously opted out of the show to keep in her own lane. 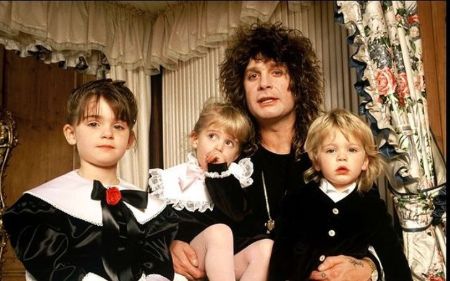 Ozzy and Sharon's secondborn, Kelly, 37, is an actress, singer, model, fashion designer, and television personality. Kelly outstood her family members in the Emmy-winning The Osbournes, where she starred for four seasons. The Osbourne girl has since branched her career into multiple arenas and collected a legion of fans. Kelly's credits are Dancing with the Stars, Australia's Got Talent and The Masked Singer.

Jack Joseph Osbourne, 36, is the duo's youngest and undoubtedly the famous Osbourne sibling. Since starring in his family's acclaimed reality show, Jack has become a household name through his many television ventures, including Ozzy & Jack's World Detour, Celebrity Wrestling, and Jack Osbourne: Adrenaline Junkie. Besides his three children with Sharon, Ozzy is also a doting father to three more kids from his past relationship.

The third time might be the charm for many, but for the Prince of Darkness, the second time has been the endgame. Before finding his forever after, in Sharon, Ozzy was married to Thelma, who he met at a nightclub in 1971. A young and hot-blooded Ozzy didn't think twice about adopting his girlfriend's son, Elliot, and exchanging vows with her the same year he met and fell in love with her. 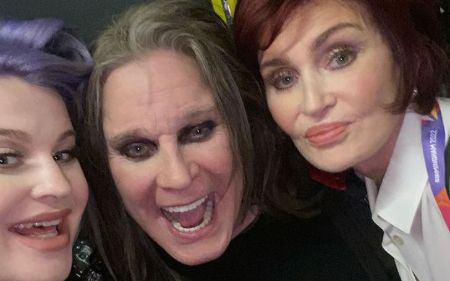 The heavy metal star has three kids from his first marriage. SOURCE: Instagram

Ozzy and Riley were married from 1971 to 1982, during which the duo welcomed two kids, a daughter Jessica in January 1972 and a son, Louis, in 1975. Opening up about his first family, the Black Sabbath alum said his drug addiction and budding career took a toll on his family. Ozzy and Riley's oldest, Jessica, is now a mother of three and has previously worked on screen, including in Better Call Saul, Romeo & Juliet Vs. The Living Dead, and Manhattan.

Ozzy and his ex-wife's youngest, Louis, have had a bumpy relationship with his famous father. Louis has openly criticized his father for not being there for his children, "I just have a lot of memories of him being drunk, random sh-t like driving cars across fields and crashing them in the middle of the night and stuff like that. It's not good for family life," Louis, who previously worked as a DJ, said in God Bless Ozzy Osbourne.