Phoebe Bridgers's Boyfriend: A Look Inside the Singer's Dating History 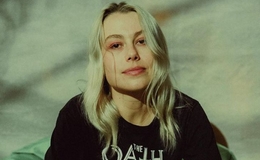 Phoebe Bridgers identifies as bisexual: The Strangers in the Alps hitmaker is dating Irish actor Paul Mescal: Get the complete story here!

An acclaimed singer and a rock star in the making, Phoebe Bridgers is undoubtedly the next big thing. Also a songwriter, guitarist, and record producer, Pheobe landed her breakthrough with her debut, 2017’s Stranger in the Alps, which rose to a massive critical acclamation. The multi-hyphenated star has since garnered more fame and love through her indie-folk side project Boygenius, a rock supergroup consisting of Julien Barker and Lucy Dacus.

Phoebe Lucille Bridgers, 28, is a native of Pasadena, California. Since emerging in the mainstream music conversation in 2018, Bridgers has had many iconic moments that set her apart and higher from other newly-emerging popstars, like the time when she guest starred in Saturday Night Live and smashed her guitar after playing Kyoto and I Know the End. Since stepping into the limelight with her debut album, Bridgers has sparked a few headlines on her love life.

Who is Phoebe Bridgers Dating?

As of this writing, the Grammy-nominated singer is in a blissful relationship with Irish actor Paul Mescal. If you're wondering how their romance came about, considering Bridgers and Mescal are from different domains of the industry and, of course, given the geographical barrier between them, then wonder no more. It all started with a simple Twitter exchange. Bridgers had just wrapped up watching Normal People, one of Mescal's best-known works, and the California-born couldn't help but tweet her crush for the Irish actor. 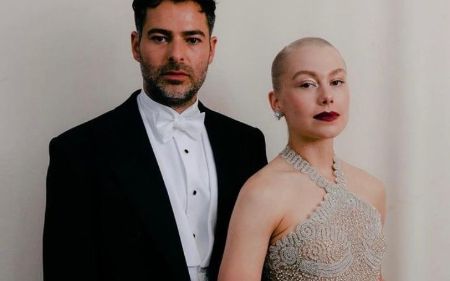 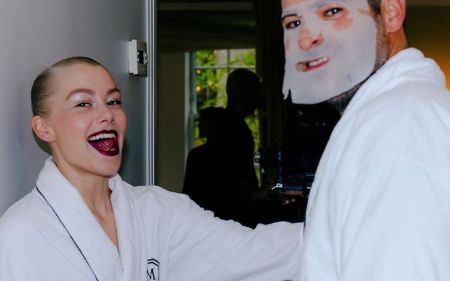 While hosting an Instagram live together, the Normal People actor told Bridgers, "I think it's well documented that I love your music." "That makes me blush," said Phoebe. The Grammy nominee's hots for Mescal couldn't have been more obvious when she said, "I got a little pitter-patter in my heart when I saw"- Mescal followed her on Instagram. The duo's budding relationship was already in talks when Bridgers jetted to Ireland to meet Paul in July 2020.

Attempts to keep their relationship private were pretty futile by then, but Mescal tried anyway, as he described his "mystery girlfriend" in an interview in late 2020. "To have someone to lean on through such a mad, mad time has been invaluable. Really, I don't know where I'd be without her," the actor said while calling his girlfriend a "life saver." The pair has since made an appearance in Pheobe's Saviour Complex MV and debuted their relationship on the red carpet and Instagram.

Bridgers and Mescal might be on to take the ultimate step in their relationship, as sources revealed earlier this year that the pair are engaged. "Phoebe is said to have been calling Paul her fiancé as they mingled with fellow guests in California," an insider reported. Further adding to the engagement rumours was the Irish actor sporting a ring as the loved-up couple attended the Met Gala in May.

Bridgers was a rookie musician when she met the 20-years older Ryan Adams in 2014. Although reports record the two being romantically involved, there is more to the story. Bridgers says their romance was a whirlwind. The Strangers in the Alps singer wasn't the only female singer who was promised a jumpstart in their musical career by the infamous Adams. The duo reportedly dated briefly, and Phoebe quickly cut ties with Adams. 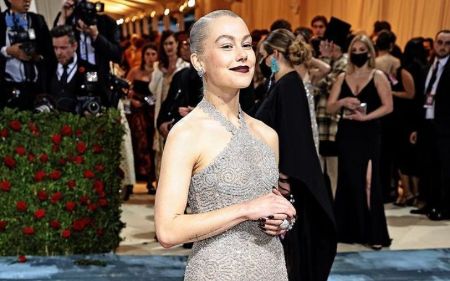 Phoebe dated musician Ryan Adams in the past. SOURCE: Instagram

"He asked me to bring him something in his hotel room," Bridgers said while recalling one of the many shady incidents while dating the prolific musician. She added, "I came upstairs and he was completely nude." Bridgers's Motion Sickness reflects on her problematic relationship with Ryan. "Ryan has a network. Friends, bands, people he worked with. None of them held him accountable," Bridgers said while accusing Adams of emotional abuse.

She added,  "they told him, by what they said or by what they didn't, that what he was doing was okay. They validated him. He couldn't have done this without them." Phoebe was one of the many women who accused Ryan of abuse in a New York Times report, following which many of Adams' associates also came forward with their experience with the singer, including Liz Phair, Karen Elson, Mandy Moore, and Natalie Prass. 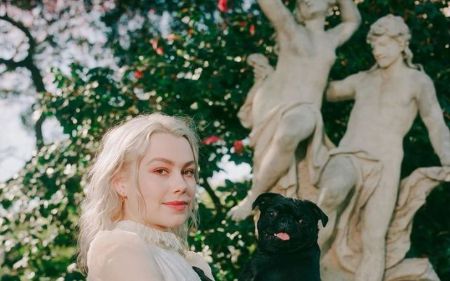 Phoebe has been open and proud of her sexuality. In her gradual coming out process, be it by posting telling photos on Instagram or her fierce activism for the LGBTQ community, Bridgers has successfully established herself as a true and powerful gay icon. The singer has even shared how her sexuality caused a rift between her and her mom, who has since accepted the singer and followed in her daughter's footsteps as an LGBTQ advocate. Phoebe briefly dated drummer Marshall Vore in 2017.