Home Article Polish-Canadian TV Personality Antoni Porowski Is Pretty Open About His Sexuality; Who Is His Boyfriend Trace Lehnhoff?

Polish-Canadian TV Personality Antoni Porowski Is Pretty Open About His Sexuality; Who Is His Boyfriend Trace Lehnhoff?

Famous for being on the reality TV show "Queer Eye", Antoni Porowski is a gay chef and actor who is kind of unsure about his sexuality and doesn't like being labeled or pointed out as he frankly says that his sexuality is "a little more fluid along the spectrum".

A man heating up the media, Antoni Porowski is recently active in the media with the feud with one of his co-stars and opening up about his life secrets. What exactly did he do to get all over the internet? Let's move forward and find out in the article below!

TV personality Antoni Porowski Opens About Being Gay: Who Is His Boyfriend Trace Lehnhoff?

When it comes to sexuality the 'Queer Eye' star is a little hesitant, not about revealing he's gay but about labeling his sexuality. Although he is gay, he himself doesn't think that way. Sounds interesting right! 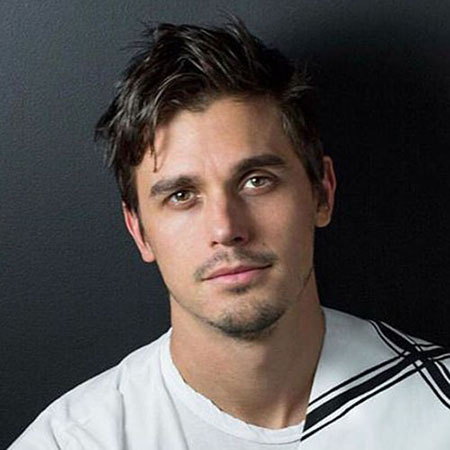 Getting into the spotlight after being cast on 'Queer Eye', Porowski marks himself as someone who doesn't really consider himself traditionally gay. Talking about the sexuality he once stated,

"I've always considered myself a little more fluid along the spectrum. Today I'm gay, I'm in a gay relationship, and that's where I am. That's good enough for me,"

He loves being himself and doesn't want people to judge his sexual preference or personality. In addition, he even mentioned, he actually had some real exchange with women than men, counting just two gay relationships.

Also Read: British Reality TV Star Lucy Mecklenburgh Sparking Romance With Actor Ryan Thomas: Get Details About Her Past Affairs. Will She And Ryan Make It Down To the Aisle?

However, he's currently in a relationship with 'Flipping Out' actor Trace Lehnhoff who he met first on Instagram. He opened about the relation pretty soon, adding it was the direct message from Lehnhoff that kicked off their love life. His boyfriend, Lehnhoff is an interior design graduate who got promoted to associate designer from an intern. 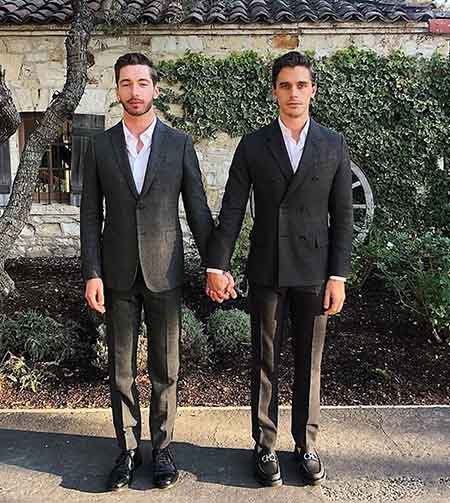 The lovebirds share a cute relationship as Porowski reveals their moment when he first cooked for Lehnhoff. Porowski with a smile on his face said,

"It was a pappardelle with crumbled Italian sausage and like white wine, parsley, lemon zest sauce – and butter."

The couple is really getting along together and Porowski loves sharing pictures on Instagram giving his fans some sweet love snap to look at.

It feels good to see a gay couple loving their life and spending some quality time together. We expect nothing but their romance to last as many years as possible.

After dating for months, Porowski and his boyfriend, Trace. In an interview, he told that he was enjoying with his friends after the break-up. He said,

''I’m single now and it’s been a good opportunity to connect with friends,” he said, adding that his preferred hangouts are small dinner parties at home in New York City. “I’ll make food for them and we’ll all hang out in the kitchen. We’ll nosh on like a cheese and charcuterie board and then I’ll make a dish. Then we sit down and enjoy it. That’s my very favorite.''

He added that the ultimate luxury is to be free and have fun with his friends.

The 35-year-old star Antoni Porowski is currently going through the feud with one of his co-stars and is pretty much active on the internet. Apart from that he recently talked about the anxiety attacks and mental health journey that he used to face growing up. 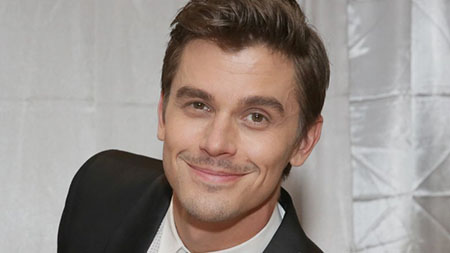 The chef, Porowski set the internet on fire with the tag 'Extreme conflict' with Karamo Brown co-star from 'Queer Eye'. The two are on the show from season 1 and have not been good friends even though they share the screen together. As recently revealed by Brown,

"There was no fighting or cussing or anything, There was none of that. Do you know what I mean? We're not even those types of people, those aren't even our personalities. It was just somebody in a third party got involved. And this happens in every work environment, in families where you let that third party sort of influence what you think is going on when it's not the truth."

He clarified it was just a misunderstanding and the reason for less interaction between them was just like what happens to an individual's first day at school or job.

Recently in May 2019, Porowski talked about the anxiety issue he faced for years, which is mentally exhausting to have. Have a look at the video where he opens up about his issue growing up!

His main motive for the video was to help as many people as possible who are dealing with anxiety in their daily lives. With the advice he gave, socially anxious people can learn from him and be confident gradually by loving themselves. 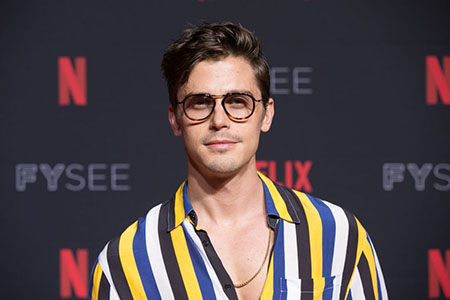 You can find more information on our website  marriedwiki.com/article