Home Article Princess Love's warning to husband Ray-J "Cheat and its Over," during Celebrity Big Brother

Princess Love's warning to husband Ray-J "Cheat and its Over," during Celebrity Big Brother 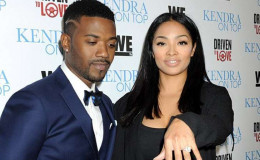 Princess Love warns Ray J to not cheat on her. Know more about their relationship status and know if there's any divorce rumors. She face backlash from her fans after her plastic surgery.

Princess Love married her boyfriend Ray-J in a small ceremony, back in 2016. It seemed unreal at first that the couple, whose relationship was always volatile would marry each other but fate plays its game.

Prior to her relationship with Ray-J, Princess went under the knife, and it created a lot of headlines in the media. Even though plastic surgery is a norm these days, but if you're in a relationship with the big celebs then it's bound to raise many eyebrows.

Let us take a look at Princess's journey, from a stripper to a fashion designer and socialite.

Love Warns Ray to not cheat

Ray and Princess's relationship is going smooth right now. But Princess is on guard, as she feels that her husband will cheat on her.

Ray, the ex-boyfriend of Kim Kardashian, is currently in the cast of 2017 season of Celebrity Big Brother. 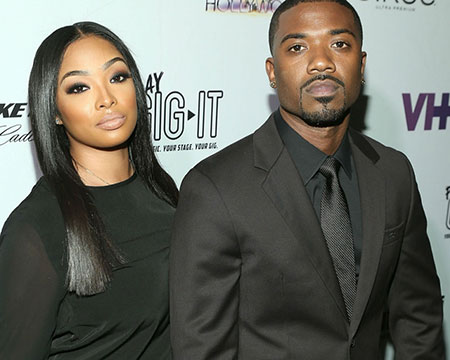 Don't cheat on me, she says, Source: Enstarz

Princess made it clear that, if he cheats on her, then it's over for them. Well, we all know how violent she is and hopefully, Ray also remembers the incident at the New Orleans Hotel.

Princess and Ray-J-Relationship with Compromises, Break-up, Jail, and Marriage

Breaking up numerous times and getting back together soon after, it was all normal. 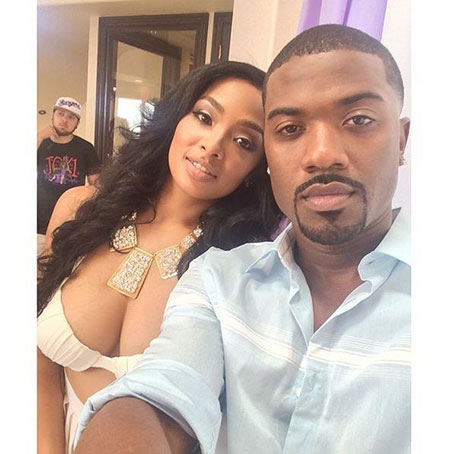 Princess and Ray-J during a house party, Source: Ask Kissy

The love birds were in several heated battles with each other before tying the knot in 2016. Both of them left the show, to get some headroom for their relationship.

Princess and Ray-J-Brutal Fight at a hotel

In February 2016, Love attacked Ray-J at a New Orleans hotel. She allegedly beat her boyfriend so bad that he suffered a broken rib, a split lip, and a torn ACL. 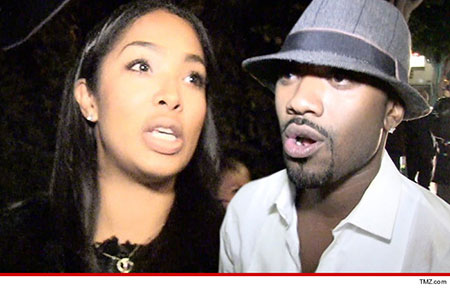 My gosh!...Princess was vindictive and brutal.

After hearing all the loud noises, someone called 911 and police were on scene. An unknown person reported that Princess even shouted, "I'm gonna kill you." 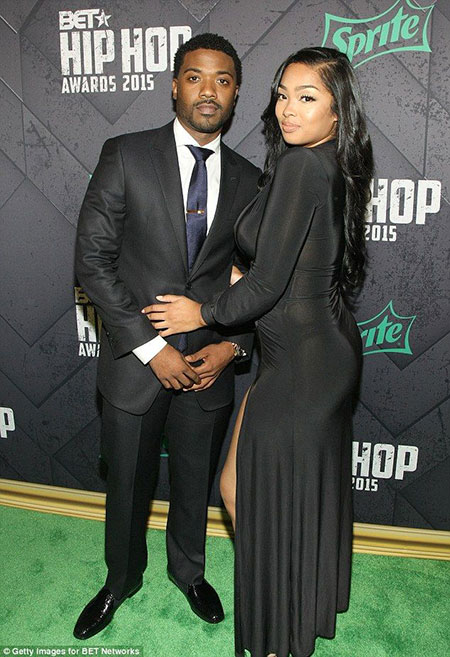 Charged with domestic violence and battery, police took Princess to their custody. But Ray-J bailed his girlfriend out after paying her lawyer a fee of 10k dollars. 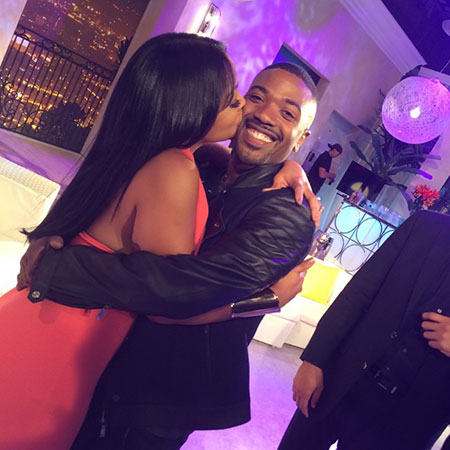 Princess showing her affection toward Ray during an event, Source: Wetpaint

Despite all the problems, hurdles, and compromises, the couple tied the knot on August 12, 2016, at the beautiful Vibiana in downtown Los Angeles. 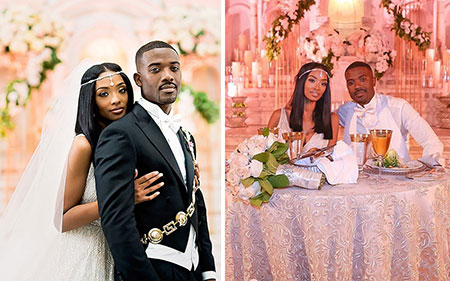 Princess and Ray-During their wedding party, Source: Gossip on This

The nuptial ceremony was a big affair and 120 guests attended the holy ritual. Many big stars were in the attendance, especially rapper The Game, who was one of Ray's nine groomsmen.

Ray's sister Brandy, was the bridesmaid for her sister-in-law. Brandy sang the song for the couple first dance during their marriage.

You can watch the betrothed pair's first dance above. 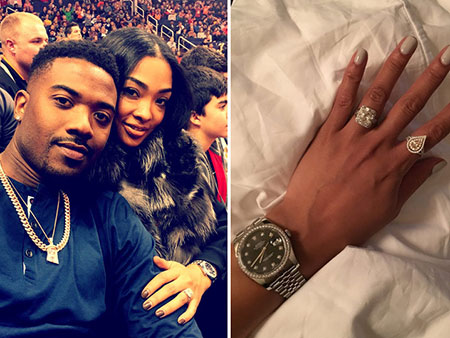 Walking down the aisle was emotional and romantic for the love birds as Grammy award winner singer Anthony Hamilton, sang The Point Of It All while both of them were walking holding hand in hand.

Before her dream wedding with Ray, Love used to be a Las Vegas stripper. It's hard to believe the fact because of her current status as a fashion designer and entrepreneur. 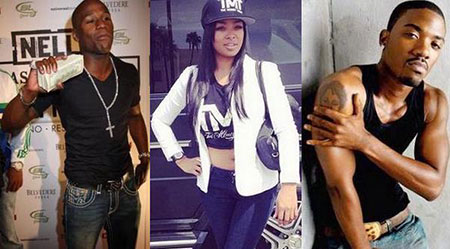 She got her first break, after the former WBC super featherweight champion Floyd Mayweather, dated her back in 2013. During her relationship with Floyd, she allegedly cheated on him with Ray.

Floyd's good friend rapper 50 cent, even called his girlfriend THOT, due to the fact that she used his money and cheated on him.

We all know that Princess went under the knife once or twice after she uploaded pictures on her Twitter account. If we compare her before and after pictures then we can clearly say that the fashion designer looks different 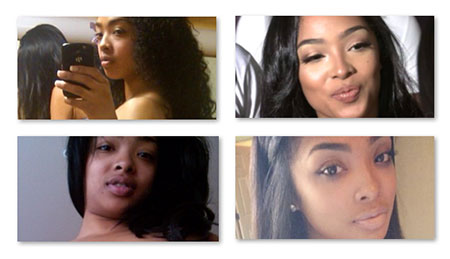 Comparison of Princess's before and after surgery photos, Source: Empire

The fine lines around her mouth and eyes are gone. And if we look closely, her nose looks a bit different.

Well, she sure knew how to use Floyd's money, isn't it..!

But she tainted her reputation after she reportedly stole many priceless things from Floyd. According to the allegations, she stole eight Rolex watches and 10,000 dollars cash from him. 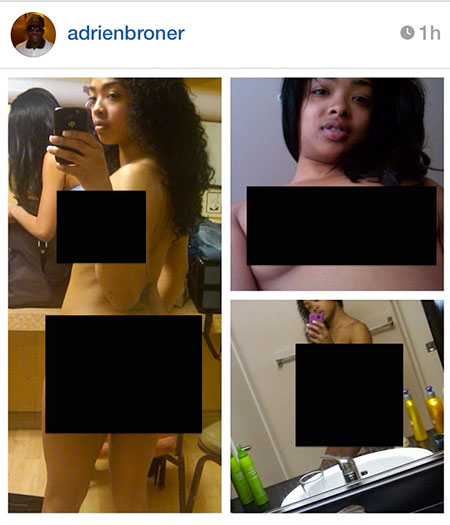 But it was never proved. Well, it was all in the past as of now she is happy in her relationship and is busy keeping an eye on the husband.