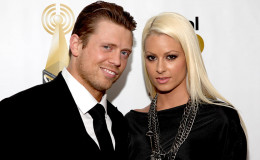 Pro wrestlers Mike 'The Miz' Mizanin and his Wife Maryse Mizanin Became parents to Girl; The duo named her Monroe Sky Mizanin; The couple revealed they are expecting last year in 2017; They tied the knot in 2014; Also, see..

WWE stars The Miz and Maryse welcomes their first child, a baby girl and named her Monroe Sky Mizanin.

It's a girl for WWE superstar The Miz.

Mike Mizanin, a.k.a The Miz welcomed his first child with his wife, Maryse Mizanin. It's a baby girl for the power couple. 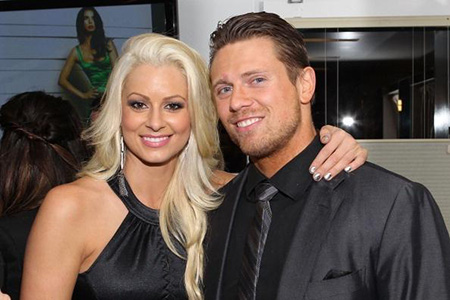 The Miz and his Wife Monroe Sky became parents to their first child
Source: StillRealToUs

In the beautiful post, Miz and his Wife Maryse is seen holding their baby daughter's hand. The caption read,

The witty and charming wrestler was quite excited about the arrival of the baby miz. The duo also had a lavish baby shower earlier this year on the eve of Valentine Day.

Celebrities like Avril Lavigne, Ryan Cabrera, Rosa Mendes, and Dolph Zigler. Miz and Maryse tied the knot on February 20, 2014, in a beautiful ceremony.

Last year in September, the pair revealed they are expecting their first child to the WWE universe. According to them, the due date is April but looks like Monroe couldn't wait longer and she came out a little bit early.

But despite the early birth, the mother and the child is doing alright and they are healthy. A warm congratulation to the couple.