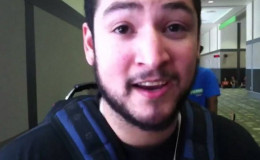 James Wilson launched his first YouTube channel at 16. At the time he started by uploading Machinima, Machinima Respawn, and short Let’s Play videos, the latter that would push him towards online gaming stardom.  And fast forward to the present, his Youtube peaked with over 3 million subscribers.

But apart from his cloud fame, let's delve today onto his love life starting from his personal aspects and all the way up to his father's real ancestry.

UberHaxorNova's Girlfriend: Is He Dating?

If there is one thing the hardest to construe from James Wilson, it’s his dating status. Fans tried for a long time to dig out Nova’s dating history or its current whereabouts but the vibe of his success with UberHaxorNova is such a grand that it almost overshadows his love anecdotes (if there was some).

In fact, not even the minority bothered to go on writing about the romantic portion of Wilson's life. 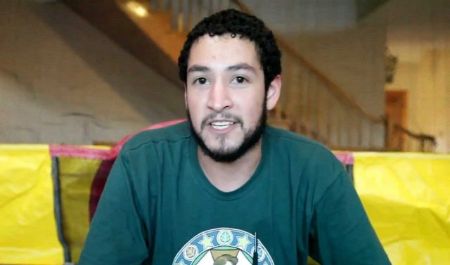 Yet, it is not so that his fans haven't even nagged him with a question regarding his woman. As a matter of fact, every now and then, there are always arrays of some random accounts trailing behind Wilson asking all about his mistress.

Most of these cloud fans of his have often gone on to writing some cryptic messages in Twitters wondering with queries like if Wilson is going to be a father, Is the girl from the video your girlfriend, and similar more.

Also Read: American Music Personality Teddy Riley Have Many Kids; Know About His Wife and the Family Life

Like a while ago, one such unidentified Twitter handle, @Ven0mkisser came out of nowhere asking about his girlfriend's pregnancy rumor which only sparked the urge of knowing about the girl behind James Wison even more. However, neither rest of the fans nor Wilson came in to say anything on this.

Also, on Reddit, there was talk about an episode of the Creature Talk series, where the 29-year-old appeared to have nodded his head when it was asked if he had a girlfriend. Still, there hasn't been any substantiation neither any further snooping in this very particular incident.

Recommended: Harrison Two Marriages Lived For a Short Time; Is He Now Connected To Someone Special

Also back in April 2018, when Wilson just posted one of his videos, entitled, BLACK HOLES=THE DEVIL-Binding of Isaac Afterbirth Plus DLC, one of his followers again barged in with a question, “who is the hot girl in the thumbnail?”.

Always puzzling yet frivolous with his fans, Wilson blatantly replied, “my hot gf”.

After this tweeting gesture from the famous UberHaxorNova, himself (yet somewhat teasing somewhat confessing), the yearning among the people in knowing about this “gf” of his only grew more. But somehow, the name is still a mystery.

UberHaxorNova; A Tragic Comedy; Who's My Father??

Whether it was just one of his view baits or James Wilson was actually freaking out in knowing about his father's real identity, the blast he had at the moment can't be missed here.

Quite a while ago, the YouTube gamer shocked when his Ancestry.com results helped identify his father.

Back in April 2018, posted a video on Tuesday sharing the results of two genetic test he took, last year.

In the 15-minute-long clip, Wilson couldn't believe when Ancestry.com reported that it was 'extremely likely' that someone with a username containing his initials was his pops.

"JRW is a parent or a child",  says Wilson before he broke the news. 'Wait a minute, those are my initials.' he exclaimed.

Wilson then begins screaming obscenities about the discovery.

But the Youtuber - whose mother, a Puerto Rican - soon finds himself at a standstill, unable to find any additional information without paying an additional fee.

He then follows with,

'You can't tell me that there is an extremely high chance of someone being my father and then not let me discover how we are connected unless I pay like $45.'

Pausing the thunderbolt, Wilson is seen turning his focus towards 23andMe.com, another service that offers a more in-depth health analysis.

Through the search, Wilson found that he is 67 percent European and 14.9 percent Subsaharan African.

Then a moment later a relief washes over Wilson when he learns the bright side that he didn't match the testing on file for genes prone to Alzheimer's and Parkinson's.

But soon after, he finds himself puzzled as he learns that the report can tell whether he prefers salty over sweet, has a unibrow, hair loss and an assortment of other descriptive characteristics.

The comedy followed when Wilson gave his mom a call and shared the results.

And as soon as Wilson quotes his European roots with his mother, she can't help but burst out into laughter at the news.

'You're going to make me piss my pants,' the mother adds as her son informs her of his African and Asian roots.

'Told you were Asian,' she adds before realizing the mistake. 'I told you-you were adopted, sorry.'

'You came out from my t**t. You know all of this they just want your money.'

But the real highlight comes when Wilson shares that he has found his father based off the same initials that the two have.

'How many people have those initials!' his mother soothes, before adding: 'Everything is for you to just keep giving them money because of its all b******t.'

Wilson soon realizes that he can message and quickly does so.

'Subject, Hey dad,' he starts and writes as seen in the footage.

However, before sending the message, the YouTube gamer is seen asking his mother if he forgot anything.

'You're an f*****g a**hole and my mother hates you,' she suggests forwarding before Wilson burst into laughter and the video comes to an end. 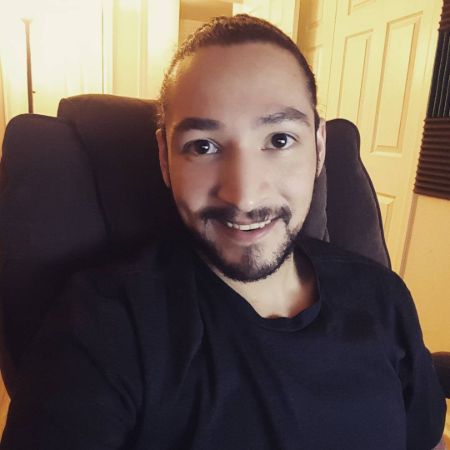