Home Article After the dramatic break up with fiance Nick Young, Iggy Azalea is not dating anyone: Recently released her new single 'Mo Bounce'

After the dramatic break up with fiance Nick Young, Iggy Azalea is not dating anyone: Recently released her new single 'Mo Bounce' 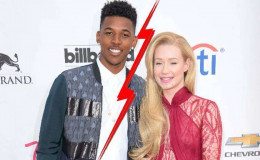 Stunning rapper 'Iggy Azalea' had a massive break-up with his fiance Nick Young and currently, she isn't dating anyone which means her relationship status is single.

Hip-hop star Iggy Azalea is best known for her unique voice and charming personality. She is one of those stars who earned popularity from such a young age.

Talking about her personal life, she had a massive break up with her basketball player fiance 'Nick Young' after she caught him red-handed with another woman.

Being one of the musical sensation of era her fans were always curious to know more about her personal life and considering those loyal fans and well-wishers today we are here to reveal every detail of her life.

So stay with us!

Iggy Azalea is back with her new single 'Mo Bounce'

The stunning rapper and singer Iggy is back with her new single 'Mo Bounce' and it is amazing. She even shared the news through her twitter post.

In an interview with Beats 1, she spoke about the track,

“This is my intentional single and I wanted to put out the Uzi record, where I feel like it’s maybe more hip-hop, more about rapping verses. To me, this is about the whole sound, as an entirety.”

Well, audio of the song is outed but fans are eagerly waiting for her official musical video and hope it would be amazing.

Recently, Iggy is busy on her new single and that might be the reason she isn't dating anyone which means her current relationship status is single.

Well, as we all know almost 9 months ago she has a massive break up with Nick Young and that might be the reason she isn't ready for a new relationship.

We hope soon she find her soul mate.

Iggy Azalea's massive break up with her fiance 'Nick Young'

The relationship is all about trust and if there is no trust between the partners than that relationship can't work longer and the same thing applied in rapper 'Iggy's life.

Almost nine months ago she had a massive break up with her fiance Nick Young as she claimed she caught Nick cheating on her with other women at their home while she was away.

She shared her break up news via twitter, check it out;

According to the source, the real reason behind their break up was Nick is expecting a second child with his ex-girlfriend 'Keonna Green' and this something she can't tolerate because she loved him a lot.

However, when Iggy was asked about the pregnancy news than she said, "I have no knowledge of the baby news" and if it's true I'm finding out via E-News she posted on her twitter account.

Sources claimed, Iggy was always supportive of Nick's friendship with Keonna but he took advantage of it and betrayed her.

After Iggy's heartfelt note on twitter Young simply posted single on her twitter account. Well, subsequently finding this all Iggy end her engagement with NBA star.

source: Oh No They Didnt

Following their break up when Young missed the shot at the game which was held at the Verizon Center, he was trolled by the Wizards by playing the Iggy Azalea song.

In 2015, Work fame singer confirmed her plastic surgery with an interview with Vogue as she mentioned, she underwent a breast enlargement and nose jobs.

She opened up about her surgery,

"I'm not denying it. Denying is lame. I don't think you should be ashamed if you made a change to yourself, which is why I've spoken about the changes I've made, like with my breasts."

Even she publically thanked her plastic surgeon Dr 'Ashkan Ghavami' via Instagram.

Caught up with @DrGhavami today!!!! Incase you were curious... 1. he is hilarious 2. He is my Greek yogurt soul mate 3. He is the reason I have Fabulously perky boobs... (LOL) ALSO he does PRP skin treatments now, which happens to be why I stopped by. Summer is here and you #CantFakeGoodSkin #drghavami

If we compare her after surgery photos than we found her completely transformed looks and for sure she looks stunning and super gorgeous. Well, for more photos you have to scroll down;

Well, for more photos you have to scroll down;

Had fun seeing all my Def Jam family last night!

Iggy and controversy are very related with one another and you may ask how, Well On August 2016 when she posted her bikini picture on Instagram.

Many fans accused her of photoshopping her butt and some called it plastic surgery.

Finding a way to wear fur in summer.

However, she never gave the answer to the question but in a sarcastic way she said, "Do that which makes you fell beautiful."

At last, we want to wish her all the best for her upcoming project and hope soon she will find her man of the dream.