Rasheda Ali And Her Husband Bob Walsh Married Life; Know About Their Children And Family

Rasheda Ali is the daughter of Muhammad Ali and is among his 8 kids. She has been his favorite from early days and is really inspired him to help humanity and better the lives of others. She also gets help from her family to carry the tremendous weight of the Ali name

wIts always seen that the pressure on a star kid is more than on the star themselves and the eyes of the media and the world are constantly on you. And to live up to that name is almost an impossible task.

Rasheda Ali, the daughter of the great Muhammad Ali, is also on the journey to maintain the reputation of the name that she has gotten from her father and to carry the weight of the name she is also getting help from her family.

Rasheda is a beautiful woman married to Bob Walsh, in whom she has found her true love and solace. After dating for few years, the couple tied the knot in holy matrimony in Chicago, in 1997.

Bob Walsh is not as popular as Rashida but has gained much success in his career in the music industry., The couple also owns and run a restaurant in Chicago named Biaggio’s Italian Restaurant. 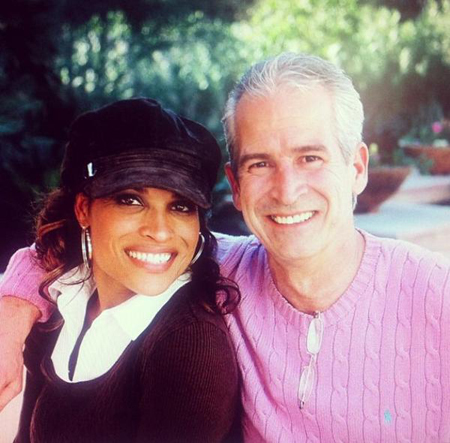 Rasheda, being hailed from such a reputed family of The Great Muhammad Ali, there were allegations that Bob married Rasheda because of her fathers' name but the accusations were shot down when it was revealed that the two dated for about one year before he discovered that she was Ali’s daughter.

Biaggio is a model and a talented footballer who has garnered up fame through his hard work and skills. And the eldest, Nico, stepped into his grandfather's shoes and chose Boxing so that he can continue his grandfathers legacy. Nico trained at Leo High School boxing program and made his debut in the ring in March 2016 and continues t0 rise up to the Ali name.

Rasheda Ali With The Weight Of Her Last Name

Being the daughter of the greatest boxer to date, Rasheda has a lot of weight in her shoulders as she carries the Great Muhammad Alis name and she knows it too and that's why she is constantly trying to keep his legacy as great as the man himself.

She and her twin sister, Jamillah are daughters to Mohammed Ali’s second wife, Belinda Boyd and since her early years, Rasheda has been one of her father’s favorite and one of his great supporters who wish to continue in his footsteps and retain the glory of the Ali name.

The hard-working New York native did not rise to fame on the wave of her father’s successful career but rather worked her way up. Rasheda is known for giving credit to her father for the role he played in her life before his death in 2016.

During an interview, she talked about how proud she is of her father, particularly because of what he had done for humanity and as a public speaker she is sharing the wisdom that Muhammad had given her with the world. She also posted on Instagram a pic of Muhammad and her before he passed away.

Like Rasheda, her sons also stick to their roots and show passion in their fields and off the fields, trying to better humanity. Nico was the highlighted boxer at the Celtic Boxing Club of Chicago and all of the proceeds went to the organization Christmas Without Cancer. On the other hand, Biaggio follows the life principles and the humbleness of Ali.

Belonging to the bloodline of The Greatest Boxer of all time, there is definitely pressure to keep the legacy intact and unstained and although Rasheda may not be as big as Muhammad Ali, she definitely has held his reputation up to the name.