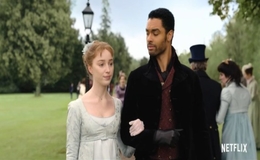 Regé-Jean Page is the new attraction for British TV fans who gained much-deserved recognition for his roles in shows such as Bridgerton where he portrays the main role of Simon Basset. But, is the hottie taken or single?

Promising actor Rege Jean Page is incredibly good looking and handsome. Surely, it was his talent that brought him here. But, his strong attractive face and figure also can not be forgotten to be credited for his success. 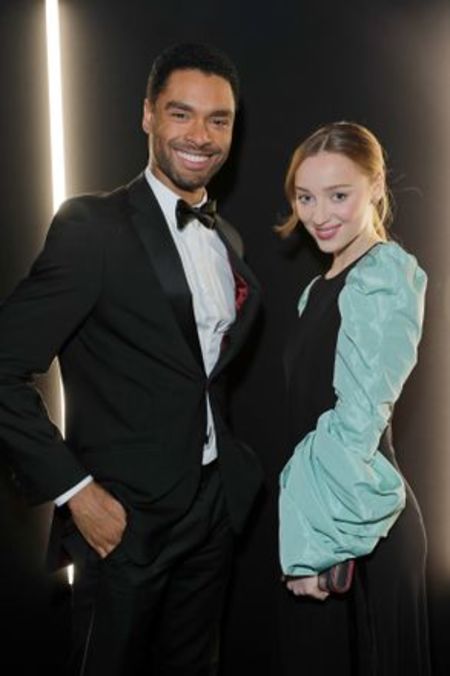 After being recently seen on Netflix's new hottest periodical drama, Bridgerton where he gave such a splendid performance, Page is enjoying his newfound success as an actor. And, what a perfect choice did the casting team make by picking Page among many.

Aside from his work, Page also made a lovely pair with his co-star, Phoebe Dynevor whom he romanced on the show. The onscreen duo portrayed the role of Simon Basset and Daphne Bridgerton who falls in love with each other against the odds. And, their romance was too good to be considered true in real life too.

But, are Page and Dynevor really dating? Well, to cut to the chase, the answer is No. Page and Dynevor are only co-stars with mutual respect and friendship. Neither Page nor Dynevor, has admitted any romantic relationship between them, as of now. But, one can definitely already tell that these two would make an adorable couple as boyfriend and girlfriend. 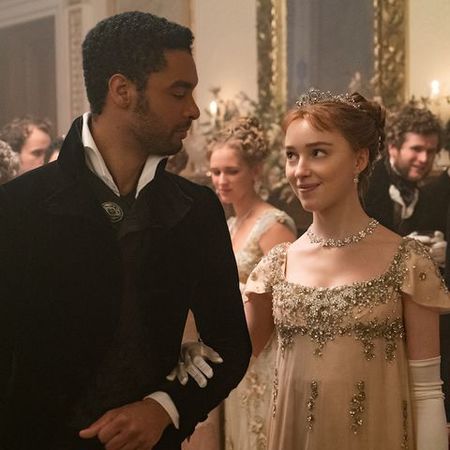 Also, on the other side of the story to tell the good news to the fans of Regé-Jean, the rising star currently happens to be single, and definitely not married to a wife. But, once he finds the one, the actor will surely share the not so happy news with his female fans.

A British by nationality, actor Regé-Jean Page is of mixed ethnicity and of African descent while partially belonging to a tribe in Zimbabwe. As a matter of fact, Page has also spent the majority of his childhood and early life in the African country where his mother is originally from.

But, to not let it go, Page was born in the capital city called Harare and later left his native country to settle in the UK with his family when he was just fourteen.

Page still often visits Zimbabwe where he still has family, relatives, and friends who are proud of his achievements as an actor. And, since he was interested in acting from an early age, he began working with minor roles in projects such as Troublemaker and Casualty. 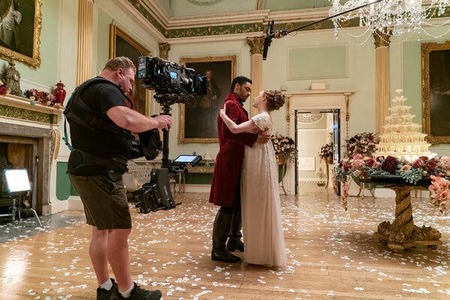 Actor Regé-Jean Page and Phoebe Dyne on the set of Bridgerton. SOURCE: The New York Times

To improve his acting skills, Page then joined the Drama Centre London from where he graduated in 2013 while also acting for theatres. And, apart from Bridgerton, Page has also appeared in the ABC's popular drama For the People as Leonard Knox.

See more similar stories and news about Bridgeton's casts only on Married Wiki.