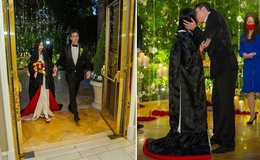 Once again, we're reminding you that age is just a number as we reference the marriage of Riko Shibata who is the thirty years junior fifth wife of Hollywood actor Nicolas Cage.

Everyone was shocked to find out that Riko Shibata who is a Japanese national was starting the next chapter of her life not just as a partner, but as a wife to now-husband Nicolas Cage. Clearly, their huge age difference of 30 years was really not a concern for the lovebirds. 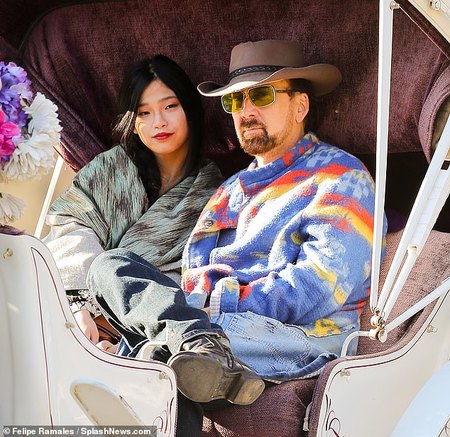 News of Nicolas Cage who is head over heels for his wife Riko Shibata marrying for the fifth time surfaced in March 2021 that the couple exchanged marital vows in a low-key wedding ceremony a month ago in February.

And, Riko and her husband Nicolas Cage got married on 16th February which is the birthday of the actor's late father, August Coppola. Nicolas and his wife wanted to honor Coppola who died in 2009.

Riko Shibata who hails from Kyoto Japan wanted to commemorate her big day by attaching her roots and culture to it. Speaking of which, the wife of Nicolas Cage wore a custom-made traditional black and red kimono for her big day. 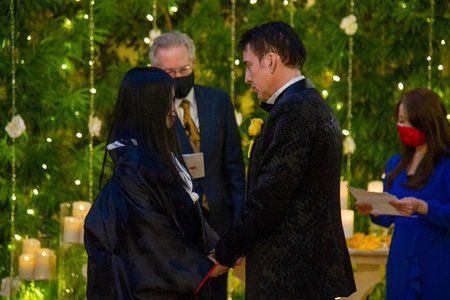 For your information, Black is the favorite color of Riko and she made sure her bridal kimono was indeed Black. Mrs. Shibata, in addition, kept her long dark hair free. And, as for her husband, the Ghost Rider actor kept it formal in a black tuxedo.

However, there was nothing of a lavish about their intimate marriage which was held in Wynn Hotel, Nevada. Photographers were able to catch a few candid pictures of the bride and groom arriving at the altar.

But, what's also interesting about the wedding of Riko Shibata who now goes by the name Riko Cage and her husband's private wedding event is the fact that it was attended by Nicolas Cage's former wife. 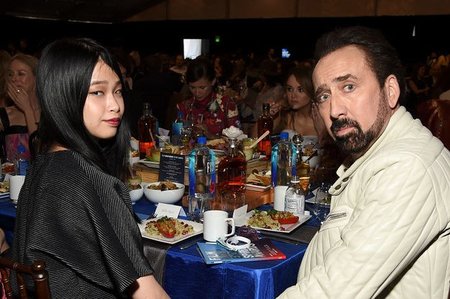 Alice Kim who is the third divorced wife of Cage was also one of the witnesses and guests at the couple's wedding. Kim and Nicolas also share a son named Kal-El Coppola Cage also attended his father's wedding.

Alongside Kal-El, Riko is also a step-mother to Cage another son, Weston Coppola Cage, whom Cage shares with former partner, Christina Fulton.

In addition, Shibata's parents, father Atushi Shibata, and mother Tiharu Itikari were also among the few guests at their wedding who bestow their daughter and son-in-law their blessings.

It's been more than a month since Riko Shibata and her husband Nicola Cage tied the knot. But, how did this once heck of a love story begin? Well, it all started when actor Nicolas Cage was filming Prisoners of the Ghostland in Japan where he met his future wife. 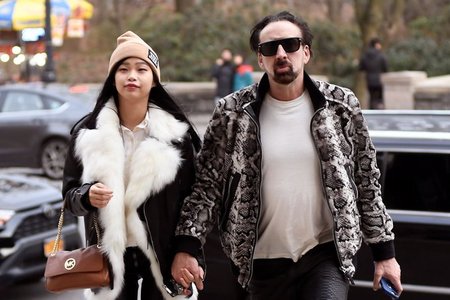 And, their love story continued after Riko traveled to the States. However, after the Coronavirus pandemic in early 2020, Riko flew back to her homeland and the couple didn't see each other for most of the year.

But, all Cage and Shibata had to get to know each other more was the technology. Not to mention, the National Treasure star even proposed to Riko via Facetime and later sent her a custom-made Black engagement diamond ring via FedEx.