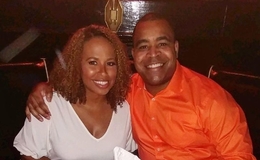 Romney Smith and Jason Frazer are popular local media couples who have been lucky with career and marriage, to say the least. And here's what you need to know about the happily married life, children & more about Romney Smith.

The Georgia native anchor Romney Smith is a blissfully married woman. Romney walked down the aisle with her boyfriend turned husband, meteorologist Jason Frazer on February 23, 2020. The lovebirds wed on an exotic cruise in San Juan, Puerto Rico. Romney boasted her custom-designed white sleeveless gown while her husband showcased his orange tuxedo for their big day. But, how did it all begin? 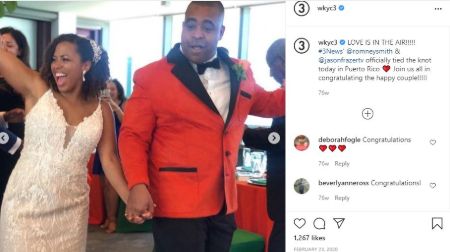 Well, the romance between these two blossomed about seven years ago. The two met for the first time at the National Association of Black Journalists Conference in 2013. Both have sheer interest and passion for news reporting. The good friends turned their friendship into a love affair. Then surprisingly, Jason Frazer proposed to Romney with a diamond engagement ring on his knees to be a husband and wife. Of course, Romney happily replied "Yes" without any hesitation. 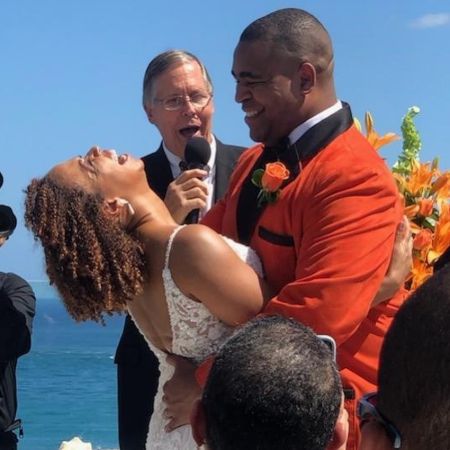 At the moment, Romney and Jason enjoy marriage with fewer signs of divorce. Not to mention. Smith and her spouse also own a 14-years-old Yorkshire Terrier named Linney. This year in 2021, Romney Smith & Jason Frazer celebrated their first anniversary. Also, not to let it go, the husband and wife are childless in the meantime and seem to bear no interest to start a family right now.

Back then, the news couple- Romney Smith & Jason Smith worked and moved to different states. Both had to adjust their long-distance relationship. In 2021, the newly-married couple decided to quit the WKYC network on a good term after the pandemic disrupted their personal & family lives.

Check out the video of Romney Smith & Jason Frazer's unscripted love story below.

In addition, Romney & Jason also declared their wish to spend more time with their families living in New York City. On June 202o, Smith tweeted: "We've had fun but Ohio taught us family needs to come first, so we're moving closer to them!" 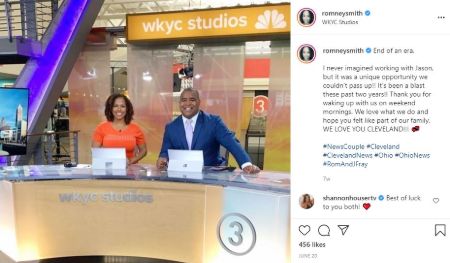 Likewise, Smith addressed the TV Audience saying, "We cannont thank you enough for these past two years. So many of you have stopped us in target, Giant Eagle and all over Northeast Ohio to make us feel like a family."