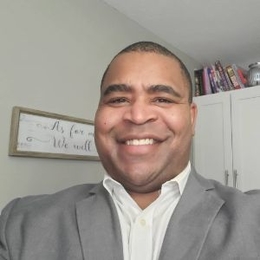 Jason Frazer is one of the best meteorologists, best known for his service for WKYC Channel 3 in Cleveland, Ohio, and 680news in Toronto.

The reknowned meteorologist Jason Frazer exchanged the vows with his girlfriend turned wife Romney Smith. There are also many things common among this cute couple. One of them is their sheer interest and passion for news reporting. 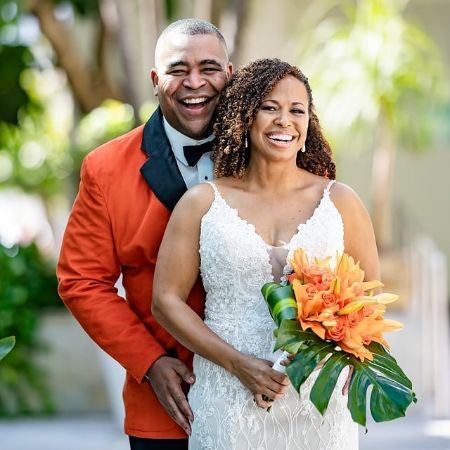 The wedding photograph of Jason Frazer and his spouse Romney Smith. SOURCE: Instagram(jasonfrazertv)

The wedding of Frazer and his partner was in fact a lavish one as it happened in the cruise on San Juan, Puerto Rico. The bride flaunted her white sleeveless gown, while the groom showcased his orange tuxedo.

Moreover, the relationship blossomed about seven years ago when they met at the party of the National Association for Black journalist conference in 2013. The friendship later sparkled into a love affair. Surprisingly, Jason proposed Romney with a big engagement ring down on his one knee in September 2018. She said yes without any hesitation. 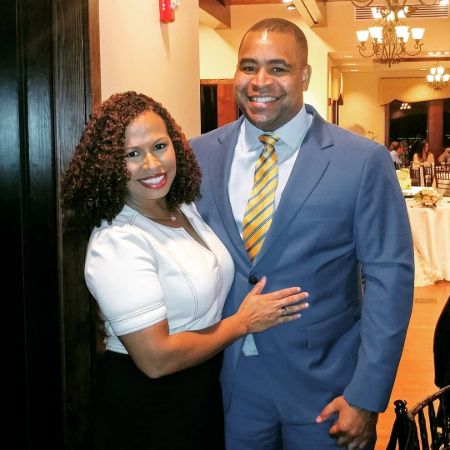 A picture of the lovely couple, Jason and Romney. SOURCE: Instagram (jasonfrazertv)

Needless to say, the duo was head over heels and eventually got hitched on February 22, 2020. At present, Jason is enjoying married life with his beloved wife Romney without any distraction. They also own a 14 years old Yorkshire Terrier named Linney.

News journalist, Jason Frazer began his journey as a branch manager for JPMorgan Chase in 2007. After a year, Jason produced news reports for News 12 NetWork. Then, serving for the position of General Assignment Reporter, Frazer helped in research works for WROC-TV, WBNS-TV, and WFSB-TV. 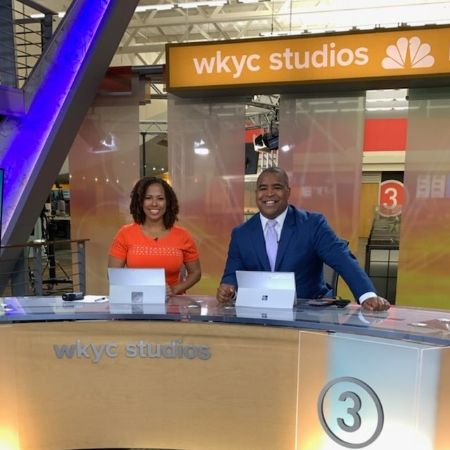 In addition, Jason's first forecasting job came at Fox 28 news in Georgia. Later, he worked as a meteorologist in different cities like OH, Hartford, CT, Toronto New York, and Boston. The best part of his job is to visit schools and interact with students and inspire future meteorologists.

Before 2019, Jason and his partner both had to adjust their long-distance relationship as they both worked and constantly moved to different states. Nevertheless, after two years on WKYC, they addressed the TV Audience of leaving the company on July 13, 2021, with announcing the broadcast couple's last day on WKYC then would be on 23 July.

Watch the video of Jason Frazer with his wife Romney Smith reporting for WKYC Channel3.

Well, Jason and his newlywed partner leaving WKYC after the pandemic hit their personal life and profession. But, they also wanted to be more close to their families with new opportunities in New York City.

Talking about the networth of Jason Frazer, it is estimated to be $1 million. While working as a meteorologist, Jason earned a handsome salary of $56,000. While his wife as a news anchor earned $61,500 per annum. Well, with a balanced career and personal life, there's nothing Frazer has to worry about.

Jason Frazer is a married guy. He walked down the aisle with his girlfriend turned wife Romney Smith on February 22, 2020.