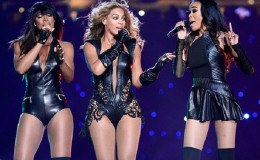 Rumors Of Destiny's Child's Reunion at Coachella 2018! Beyonce, Kelly Rowland, Michelle Williams and More To Join The Event in April

Brace up, guys!!  The 90's renowned American girl band, Destiny's Child is rumored to take up the stage next year in Coachella.

Their dedicated fans are going crazy over the possible reunion of Beyonce, Kelly Rowland, and other members and have also tweeted several hints. So, could they be reuniting for real next summer?

Rumors Of Destiny's Child's Reunion at Coachella 2018! Beyonce, Kelly Rowland, Michelle Williams and More To Join The Event In April

Queen Beyonce is all set to slay at the upcoming Coachella but the rest of her beloved 90's girl troop might not join her! BUT her gal pals including Michelle Williams, LeToya Luckett and LaTavia Roberson have been dropping hints that something is up among them. 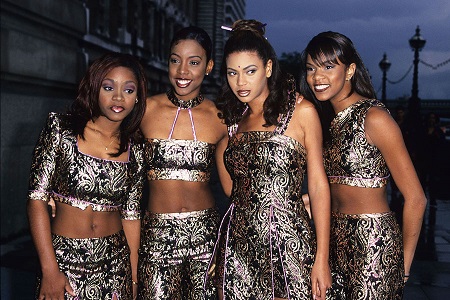 TMZ, however, reports that there's no such homecoming of Destiny's Child and Beyonce is reportedly NOT planning to bring other members of her former group. Despite this, the fans are assuming the possible reunion, as it has been expected and tweeted all over social media. 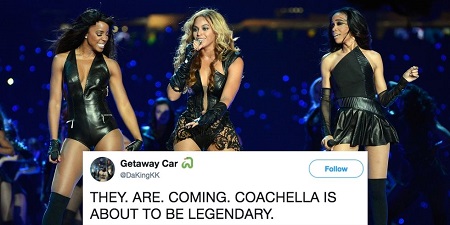 Sources also report that fans are just doing what they usually do, simply seeing what they want to see, but the fact is that there won't be DC reunion in the coming Coachella. LaToya posted a photo of her and the band back in October and tweeted,

"I have so much to tell you guys! All I'm allowed to say right now is.. never mind."

This definitely hinted something is up among the group and they're working on a  top-secret project.

Fans all over have tweeted over this ongoing rumor! Check them out!

Pause. So we about to have a Destiny's Child reunion at Coachella ?!bihhhhh my heart. Lemme get this ticket ASAP.

If Destiny’s Child is doing a reunion at Coachella I’ll be there to witness. pic.twitter.com/yjC50MmyOl

Destiny’s Child is reuniting for Coachella!

Although some sources claim that it is not going to happen, the news of their reunion is grabbing headlines all over. If the band is really going to perform then it'll definitely be a big news!

Keep following our page for more updates and recent news!