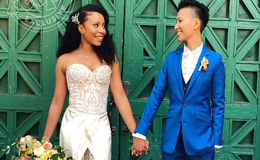 Sabrina Skau earned notoriety after her same-sex marital relationship with actress Shalota Grant was publicized. But, Sabrina is an independent and successful woman in her own right.

What Does Sabrina Skau Do?

Sabrina Skau is a motivated, inspiring, and empowering woman in the entertainment industry. But, Skau isn't an actress like her wife, Shalita Grant. So, what is Sabrina Skau's profession? 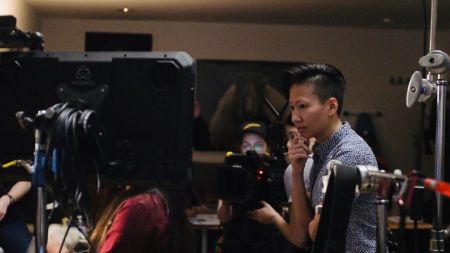 Sabrina Skau is a video editor, director, and ethnographer by profession. SOURCE: Instagram

Skau, who is a graduate of Brown University where she studied BA in Anthropology and later attended the University of Southern California to earn her Master's Degree in Visual Anthropology & Documentary video, is a director, editor, and ethnographer.

Skau who has traded her service at Empress Studios has worked on many projects and brands including at the Fappy Media LLC, at Sandwich Video where she worked for four years, and Osmo which is a company that emphasized on iPads gaming systems and hiring women & POC.

Skau also helped create several other commercial video brands. And, Sabrina and her wife both are proud of each other's achievements and work. But, what else do we know about Skau's background?

Flaunting Asian mongoloid features, actress Sabrina Skau is originally from Malaysia where she was born, and spent a slight portion of her early days before she moved to the United States.

And, in the States, Skau attended David Douglas High School - North Building in Portland, Oregon. But, after school and college, Skau also went to the UK to study at the University of London at the School of Oriental and African Studies as an Anthropology student.

But, Saku who likes to keep her hair short and trimmed is also fluent in Spanish not just English and Malaysian. In addition, Skau and her wife currently reside in Los Angeles, California.

Video editor, director, and ethnographer, Sabrina Skau is also better known as the wife of the actress Shalita Grant who is renowned for her appearance on shows including Search Party, Santa Clarita Diet, Mercy Street, NCIS, Battle Creek, Bones, and Netflix's You's season 3.

Sabrina and her wife met in October 2018 through the LGBTQ-friendly dating app called Her and instantly clicked away. But, the busy acting schedules of Grant with her roles in NCIS: New Orleans kept them apart in different states for quite a long time. 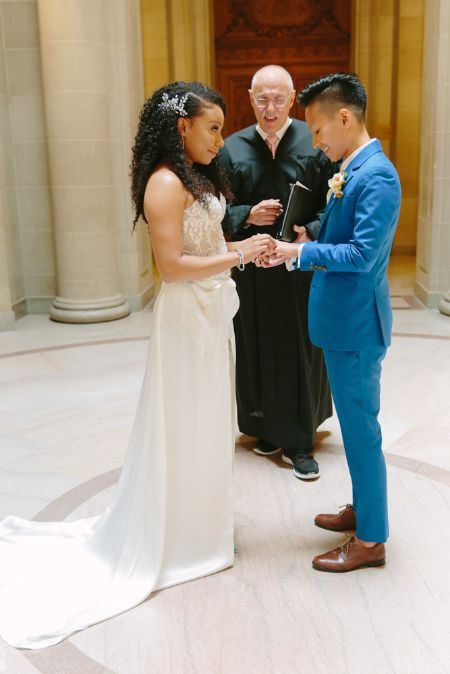 But, Sabrina and Shalita were crazy about each other and they made their long-distance relationship work. Not to mention, in less than a year later, Skay got on her knees and popped the question to her then-girlfriend turned wife.

Following their lowkey engagement in a Hotel room, Skau and Grant tied the knot in the presence of 25 close family members and friends at San Fransisco's City Hall with their wedding reception being organized at the couple's home in Palo Alto.

And, this year on August 28, Sabrina and her wife will celebrate their third wedding anniversary. In addition, the couple shares no children, as of February 2021.