By any chance, if you happen to see or meet Melia Kreiling today, chances are you will find her blushing or smiling. Love is truly in the air for Melia who appears to have found the true love of her life.

These days, Melia Kreiling has her time figured out for not just her career but for someone special too. The Switzerland born actress, best known for her role in Tyrant where she appeared as Daliyah Al-Yazbek and The Borgias where she played the role of Bianca, is indeed happily in a relationship. And the actress isn't also shy of gushing over her man on social media.

Who Is Melia Kreiling Dating?

The Greek actress has been dating her boyfriend who goes by the name Evan Schiller. So, who is this lucky dude that has been having the time of his lives in recent months with someone as stunning as Melia?

Unlike Kreiling who is an actress and has worked with A-Listers such as Chris Pratt and Jeremy Irons, her boyfriend isn't seemingly involved in the same field. As a matter of fact, since he keeps his profile very lowkey from the public, it's hard to figure out what he does professionally.

Schiller, however, can be found on Instagram. But, for the fans of Melia who want to follow him and see his activities updates, you need to send him a request as the celebrity boyfriend keeps his Instagram on private mode.

Evans apparently looks like he is gifted with photography skills though. Melia often credits her beau for taking admirable pictures of the actress from their travel diaries on social media. And, since you're here, you must be wondering how was Melia able to meet Evan.

Melia Made Her Relationship Official In July (2019)

Their relationship wasn't found out by the media or the paparazzi. In fact, Kreiling revealed the news herself by sharing a lovey-dovey picture of the pair on Instagram where the love birds can be seen playfully swimming on a beach. 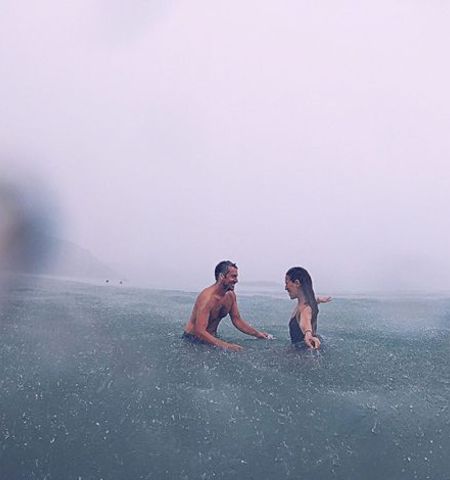 And, for the post, Melia couldn't be more romantic for her boyfriend when she captioned the adorable snaps with:

"let’s meet strangers and share some wine, let’s heal old wounds with the scent of thyme, let’s sprint into storms in the sea and store up their lightning for when we need to break free."

Furthermore, the actress also honored her man on the occasion of his birthday and also shared a selfie by sweetly writing 'You' in the caption section. On the other hand, this isn't the only time, the actress has mentioned her boyfriend publicly. 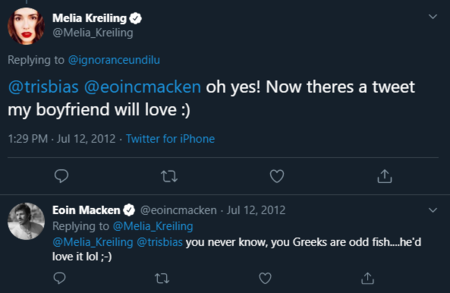 Other than that, not much has been revealed about their relationship yet. Well, congratulation Melia Kreiling.