Sam Heughan Celebrated Birthday With his Girlfriend MacKenzie Mauzy, Know about Their Relationship 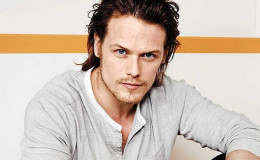 Sam Heughan Celebrated Birthday With his Girlfriend MacKenzie Mauzy. They were reportedly in a romantic relationship since October 2015 are still having a wonderful life together.

Sam Heughan is a Scottish actor renowned for his role as Jamie Fraser in the super hit television series Outlander. He's been gaining public and media attention as his personal life is creating a great buzz!!

He was once rumored of dating his co-actress of Outlander, Caitriona Balfe as they were spotted looking cozy in public but the rumors just faded with time. And now, Sam has just recently celebrated his 37th birthday and his girlfriend MacKenzie Mauzy made his day very special.

Sam and Mauzy have proved their love once again erasing the baseless rumors of their split. If you people want to know more about the couple, keep reading down!

Sam Heughan celebrated his Birthday Alongside his Girlfriend MacKenzie Mauzy

Mauzy and Sam were thought to be in a relationship since her birthday celebration back in October 2015. Though they were reportedly together, some sources mentioned the alleged relationship of Sam and Caitriona. But those were all just baseless rumors.

The 37-year-old star is now happy with girlfriend Mackenzie and the couple recently celebrated his 37th birthday together. 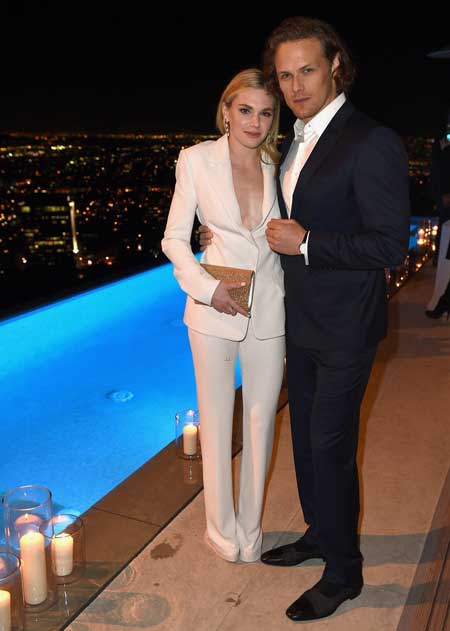 MacKenzie is an American actress best known for her role of Rapunzel in Into the Woods sharing the screen with legends like Meryl Streep, Anna Kendrick, Chris Pine, Tracey Ullman, Christine Baranski, and Johnny Depp. 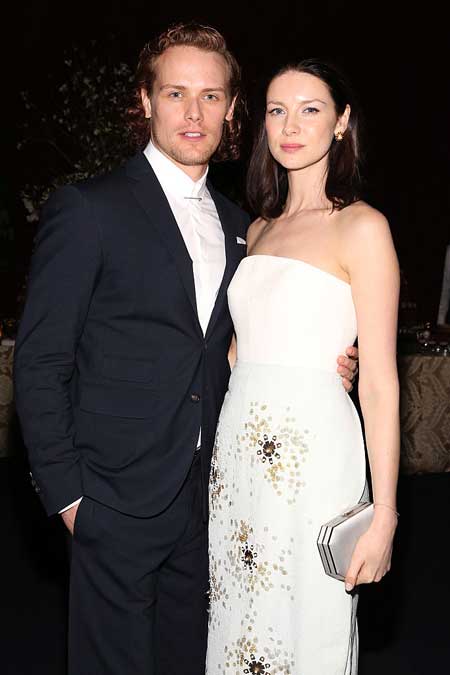 Here is a report on the rumors, tensions, and breakup news of Sam and Caitriona. Enjoy!!!

'Thank you for all the birthday wishes, feeling very thankful. Looking forward to the year ahead!'

Heughan and Mauzy were once encountered wearing matching 'Equality' shirts in the United Voices Rally at the UTA headquarters back in February.

Prior dating Sam, Mauzy was married to fellow stage actor and former American Idol Contestant John Arthur Greene back in the year 2012 but they later got separated in 2015 with an official divorce.

Similarly, Sam was in an intimate relationship with The Royal starlet Abbie Salt. They were thought to be linked in the year 2012 but the love suddenly faded away and vanished after that.

"I think if I and Caitriona were together we wouldn't say. Why would you? In this industry, we give away so much of ourselves anyway. We talk about ourselves and we tell people stuff. I guess it's nice that we've done our job well enough to convince them."

Well, all the above words directed us on the way to the truth. We are heading forward to see the heavenly couple taking their romantic life to a new level soon in days to come.

The heartthrob actor and Caitriona chose their social sites to publicly announce the end of the shoot of the third season in South Africa.

All the cast members of Outlander made a great effort in the series to make it one of the best, working for months across the globe including the streets of Edinburgh.

Sam appreciated the contribution of each cast members saying,

"Last day shooting season 3!! What a ride. Thank you to all our crew in SA (and Scotland). It’s going to be the best yet! @Outlander_STARZ."

Caitriona also left no chance to promote the upcoming series with a twitter post with a beautiful sunrise in South Africa. Here it goes:

Second last get up of Season 3 .... if the sunrise is anything to go by ... it's going to be a good day #Outlander pic.twitter.com/OBq9fRSbSA

The Outlander's fans will soon get the chance to see the third season very soon. Just have patience and wait for its premiere!! 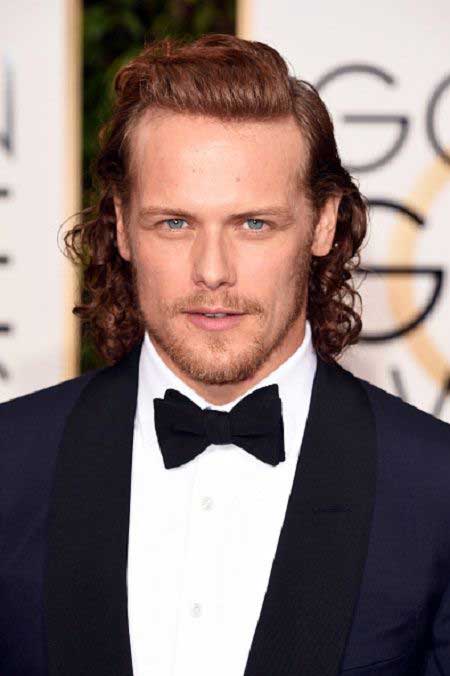 Well, we would like to wish the heavenly couple all the very best for a bright future and hope they soon tie the knots together.