Daily Show Correspondent Samantha Bee and Husband Jason Jones Together since 2001; Two Kids to show for

Samantha Bee is living a happy married life with husband Jason Jones. The couple is blessed with three adorable kids.

Full Frontal with Samantha Bee's host Samantha Bee is blessed to have Jason Jones as her life partner; the one who accompanied her in her personal as well as her professional life.

The couple who initially worked as correspondents in The Daily Show started their own TV show The Detour with Natalie Zea premiered on 21 February 2016. Let's get details about what's going on in the life of the married couple.

Samantha Bee, 48, the comedian and host of Full Frontal and her future husband Jason Jones first met when they worked in children's theater.

Though the two didn't start dating soon after the first encounter, something definitely commenced between them. 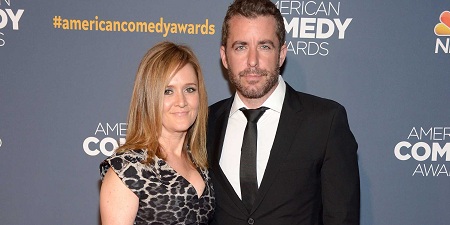 They started a romantic relationship after some years in 1997. Bee recalled the moment with her future husband during an interview with Cracked,

"We started dating 10 years ago, but we met maybe a year or two before that. People that work in children's theater are bitter, and we were no exception to that. That's what brought us together, really."

"Once you discover that the people you're working with hate the show as much as you do, everybody relaxes. It was just a dreadful, dreadful show. And the children didn't even like it, so we weren't alone. But we felt like we were alone."

The couple, after dating for some years, tied the knot on 13 October 2001.

The couple welcomed their first child, Piper Bee-Jones in January 2006 after five years of their blissful marriage. Their second child Fletcher Bee-Jones was born in June 2008 with the third one Ripley Bee-Jones in October 2010. 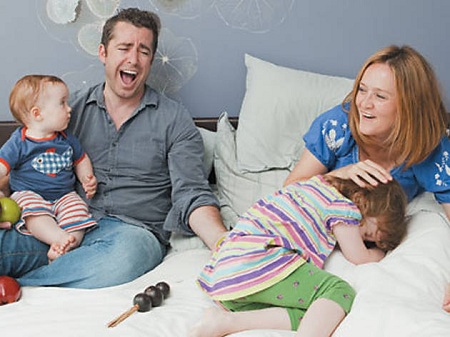 Samantha Bee and Jason Jones with their kids
Source: Time Out

Bee and Jones are not only the life partners of 17 years; they are also worked together in many shows. Bee gets full love and support from her husband at home and also at her workplace and she's very happy for that.

"Actually, we kind of like working together because it's really the only time that we're together without the baby, although we do have the baby here today, so I shouldn't say that."

"So, needless to say, there's a lot of making whoopee at work. We like to christen every room. Everyone just gets out of our way. They part like the Red Sea when they see us coming."

Bee and Jones worked as a correspondent for The Daily Show alongside Stephen Colbert. The couple, however, took a break from the show in 2015 to create their own series.

The couple came with a new TV series, The Detour eight months after working as a correspondent.

Jones was once asked about his experience marrying the only female host in the late-night show, Full Frontal. He said,

'It’s a lot like being married to any other woman. She’s not 'the only female late-night host'."

We can say, Bee, is a very lucky woman living with someone who understands you the most. Sources say that the family of five currently resides in Manhattan, New York.

Samantha Bee: The Fiercest And Funniest Host on TV

While working as a waitress, in the beginning, Bee started giving auditions for acting roles.

She was one of the four founder members of a Toronto-based sketch comedy troupe called 'The Atomic Fireballs'.

She was the only female correspondent on The Daily Show from her debut in 2003 until Kristen Schaal joined the show in 2008.

She became the longest-serving regular correspondent. She departed from the show in 2015 after 12 years of dedication to start her own show 'Full Frontal with Samantha Bee'.

Bee performed in her first feature film 'Ham & Cheese' in 2004 co-written by her husband alongside Scott Thompson and Dave Foley.

She was praised for her performance with the Canadian Comedy Award for 'Pretty Funny Female Performance' for her amazing performance. 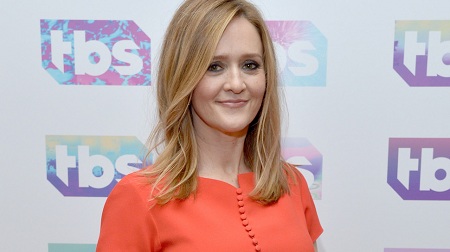