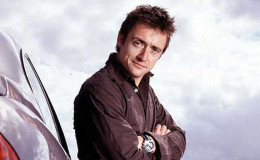 Richard Hammond is married to Amanda Etheridge and the couple is living blissfuly together. Let us find out more about their relationship.

Richard Hammond is best known as the co-host of the British Television series Top Gear. After his tragic bike accident in early 2017, Richard was recently seen for the first time and he gave a brief interview about himself.

He is a very lucky guy because his wife is always there for him and when he was in a life-threatening accident his partner handled the media very well and she was always there to support him.

The couple is living blissfully with their two children and today Married Wiki is going to cover all the information about Richard's personal life, so scroll down below!

They say that love is a something that you can't see but feel and there are few of us in the world that will ever taste the flavor of love beforehand. 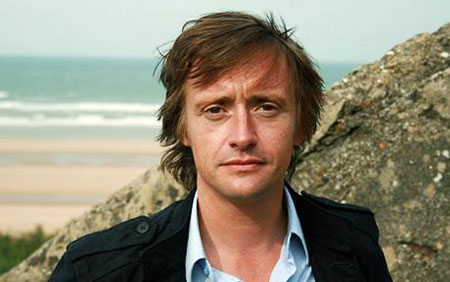 But lucky for Richard as he gets to feel what many of us are refrained from. Rich and Amanda tied the knot on May 4, 2002.

It seems that it was written in Richard's fate that he will make a name for himself in the motor world as he was the host of the show Top Gear. 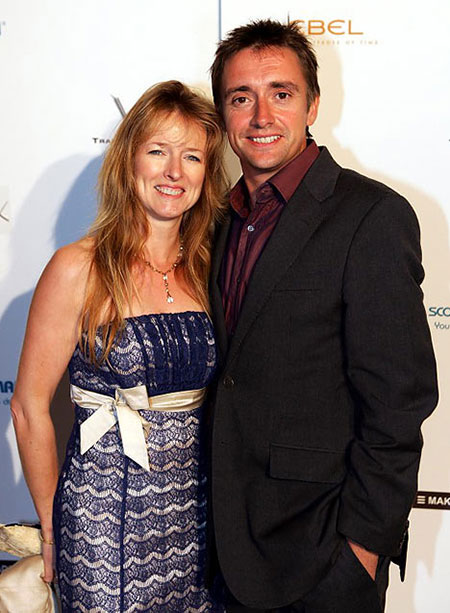 And on top of that, he met his now wife Amanda when both of them were working in the same motor PR company in London. As soon as he laid his eyes on her, he fell for her and the couple got married.

Prior to his work in the motor companies, he worked in a various radio station and after some time he decided to leave that line of work. 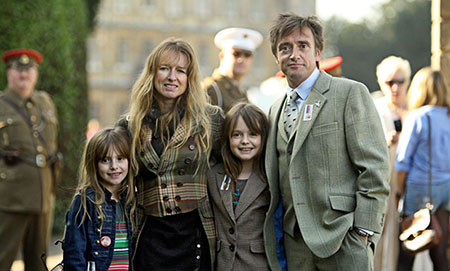 Richard and Amanda with their children, from left to right-Willow and Izzy, Source: Muzul

Richard Hammond and his wife, both of them are animal lovers. The couple share two cute little daughters between them named, Izzy, born 2001, and Willow, born 2005.

In 2006, Richard survived a fatal car crash which caused him a severe brain damage and caused him a lot of mental trauma.

The accident took its toll and send him into the coma for two weeks straight. 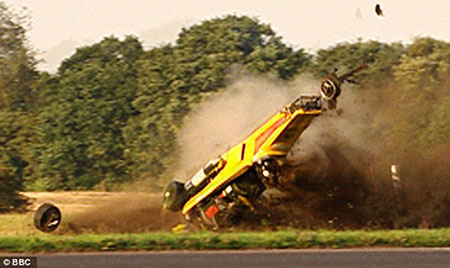 He was driving a dragster named Vampire and was test driving it. Richard was trying to break the fastest car speed on land record of Colin Fallows. 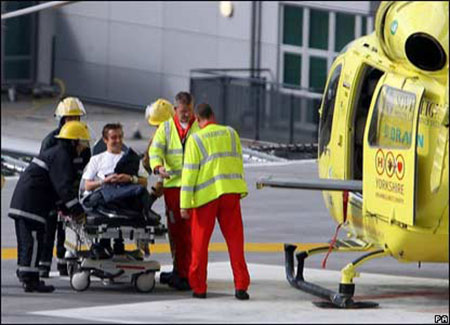 Richard after being taken out from the car, Source: BBC

Luck was not on his side, as the car got into an accident which nearly killed him. It was a devastating blow for himself as well as his friends and family.

His friends Jeremy Clarkson and Jason Dawe were all very supporting of him at that time. It took months for him to recover and at that time his wife handled the situation very well. 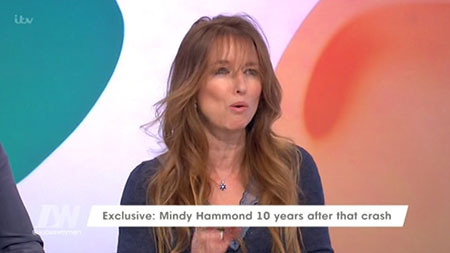 Amanda aka Mindy during her interview about the crash, Source: The Sun

Recently, he was in a bike accident while he was filming for The Grand Tour in Mozambique. He was involved in a chain of multiple accidents.

But he has assured his fans that it's not a severe accident and just a normal one. He stated,

"I can confirm that yes, I fell off a. bike, many times, in fact and yes, I banged my head and everything else. But life goes on."

It seems that Richard is accustomed to accidents now and his lady luck, his one, and only wife is always on his side.