Home Article Seven times Zayn Malik and Gigi Hadid showed us that They are Relationship Goals!

Seven times Zayn Malik and Gigi Hadid showed us that They are Relationship Goals! 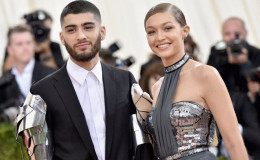 Zayn Malik and Gigi Hadid are a true Relationship Goals; Former One Direction singer and the supermodel also posed for a Vogue magazine together; They started Dating in 2016; Also see..

Supermodel Gigi Hadid and singer Zayn Malik made a name for themselves globally through their performance in their respective field and also by becoming the most followed pair in the world.

It was because of this reason, they are also dubbed as Relationship Goals by all the youngsters in the couple. The couple doesn't shy away from showing off their love for one another and often indulge in 'Public Display Affection.'

Today in this section, let's take a look at seven of the cutest moments which showed they are truly relationship goals.

It's been over two years since the couple decided to open their relationship to the public and what better way to announce by making their first public appearance at the Met Gala back in 2017. 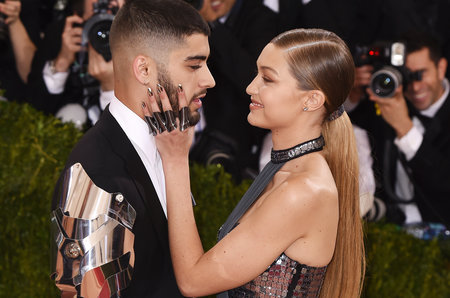 Gigi and Zayn during their appearance at the 2016 Met Gala
Source: Billboard

All eyes were on them as they looked absolutely adorable together. The way they were looking at each other showed how genuine their love is. At one time, Gigi even gripped Zayn's face to make him come closer.

Many of you may already be aware that for the past few years, Gigi has been the face of the Vogue magazine. And when the time came for the 2016 magazine photoshoot, her boyfriend also participated. 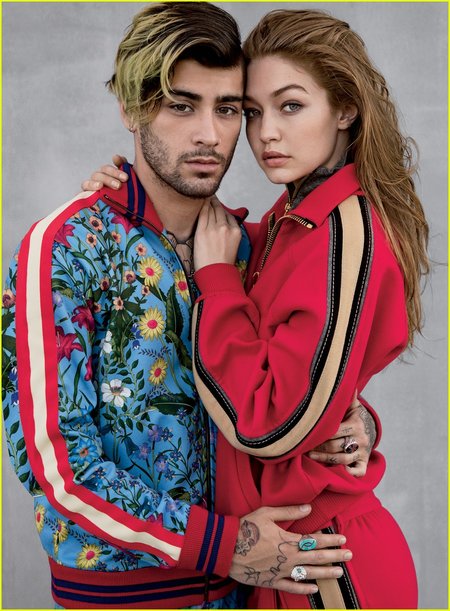 Zayn and Gigi while shooting for the Vogue 2017 Magazine
Source: Just Jared

As if we weren't in awe of their relationship before, the photos published by the Vogue magazine made all the social media platform went into a frenzy.

Vogue also released behind the scene video, which was honestly too hot to handle. When the pair were not shooting, they would often engage in a lot of PDA.

Zayn released the much awaited Pillow talk music video which instantly became a big hit. The video also marked the beginning of the rumor that they are dating.

The video also showed us a glimpse of the chemistry they share between them. Both of them looked truly head over hills over each other. Even though Zayn was just lip syncing, his expression said it all.

They say if your pet accepts your potential partner, then he is a keeper. In an Instagram post which Gigi posted, we can see how Zayn is comfortable with her cat and cuddling to both of them. 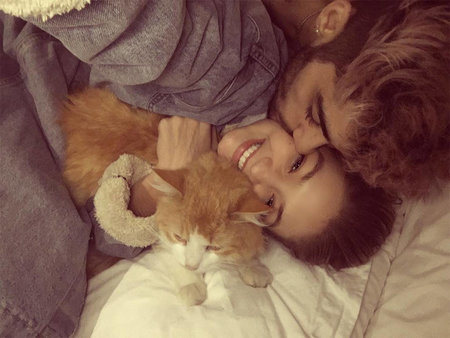 On the other hand, Gigi's now deceased cat, Chub was also enjoying Zayn's company. Girls, 'When your guy cuddles with your cat, that’s when you know he’s a keeper. '

It shows how much Zayn cares for Gigi's belongings, be it her pet or anything else.

3.) Kissing and Kissing in a Snapchat Video

Back in December 2018, in a cute Snapchat video which Gigi shared, the couple is not shy from showing affection to one another in social media platform.

In the small yet super adorable video, Gigi is kissing Zayn on his cheeks while the singer was smoking. She even pushed Zayn back while kissing him just by sheer brute force. Well, without a doubt, not many celebrity duos show affection in such an adorable way.

2.) Gazing into each other Eyes

It's said that if a person loves someone by heart, then whenever they are interacting he or she will see their partner straight into their eyes. There's never a single moment when the pair has not seen each other in the eyes, be it for the camera or anything. 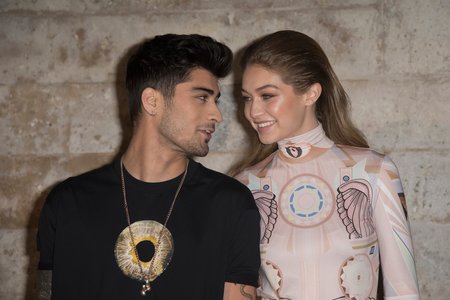 Gigi and Zayn while posing for a photo in New York
Source: Popsugar

As famous as they are, paparazzi are everywhere to catch a small glimpse of the hottest couple in town. Both of them treat the paparazzi with cool photos including looking each other in the eye and smiling.

Nevertheless, we can say for sure their relationship will last forever.

Last but certainly not the least. This is the point which separates them from the other couples in the globe. For Gigi and Zayn, every moment matters.

happy birthday to my everything

Last year, when he wished his girlfriend a Happy Birthday he made sure to not add a full-blown caption, keep it simple, and better yet, share an adorable picture of them.

love this man more than I could ever put into words, & am inspired by his drive to be and do better everyday cheers to YOUR YEAR my @zayn - happiest happiest birthday & 25th year of life !! I’m proud to be by your side x

Though it may look rather mainstream, a lot of times some couples forget how important small things can help achieve and Zayn really showed how to cherish those small moments.

A True Relationship Goal!...don't you think?