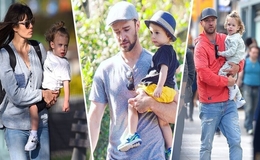 Have you seen Silas Randall Timberlake? He is super adorable and cute. After all, he is the beloved child of singer Justin Timberlake and actress/model/producer, the multi-talented, Jessica Biel.

How Old Is Silas Randall Timberlake?

The eldest son of actress Jessica Biel and Justin Timberlake, Silas Timberlake who is named after his great grandfather is currently five years old but turns six in 2021. Well, Silas was born in 2015 and celebrates his birthday on 8th April, making him an Aries by zodiac sign.

Mr. and Mrs. Timberlake had their first and oldest son more than three years since they walked down the aisle in an intimate wedding ceremony. Well, Silas's mother and father got hitched in October 2012 just a year since their engagement in 2011. 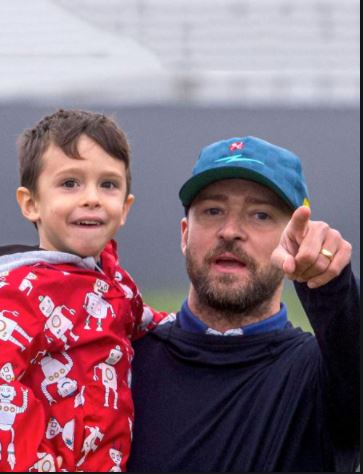 Silas's parents have been married ever since. His parents, however, are super concerned about their son's privacy and try to protect him from fame and the media as much as they can.

Not to mention, whenever the Mirror singer shares pictures of his beloved son, he makes sure to never expose the face of Silas. Likewise, on Father's Day of 2020, Timberlake shared a series of pictures where the face of his son couldn't be seen.

The message on that auspicious day, however, won his followers' hearts anyway. Well, Timberlake said, "Boys grow up to be fathers. I think about that a lot these days. We try to teach our son to love and to respect everyone — we teach him that all people are all created equal and that no one should be treated differently because of the color of their skin," in the caption section. 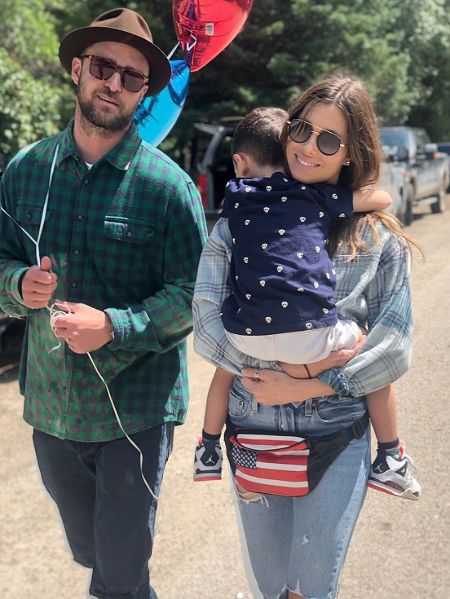 Silas Timberlake as pictured with his parents. SOURCE: People

As Justin wrote that down, he wasn't only talking about Silas but also his then-soon to be born child, aka another son.

Who Is Silas Randall Timberlake's Brother?

While 2020 was a hard year for everyone, there was light in the Timberlakes' family when Silas Randall Timberlake met his little brother. Well, Justin Timberlake and his wife Jessica Biel welcomed their second child in September.

Silas' parents decided to name his little brother Phineas Timberlake. Although the couple decided to disclose the name of their second child, Justin and Jessica have chosen not to reveal their little one's face.

Timberlake and Biel confirmed the arrival of their second child on the Ellen DeGeneres Show through a virtual interview. Both husband and wife looked super happy to share the exciting news with the fans.

And, of course, big brother Silas was super happy and excited too after having his younger brother and new best friend, as his father told the interviewer. Aw.

Justin still loves his first son as much as he loves his youngest one though. Speaking of which, he honored Silas by naming 'Man of the Woods', Timberlake's fourth album after him.

Meanwhile, it looks as if Silas and his brother Phineas were both not vaccinated as their mother lobbied with a notable vaccine blasphemer aka Robert F. Kennedy Jr. with an unsatisfactory feeling against a California bill.