Sistine Stallone; Daughter of Actor Sylvester Stallone, is she Dating? See her Relationships and Affairs 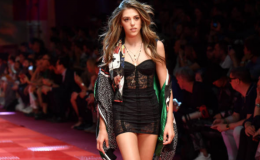 Sistine Stallone is currently single. Stallone is very happy in her life as a fashion model. She is on her way to embrace her career.

Sistine Stallone stole the spotlight this year with her sisters in the Miss Golden Globe award ceremony. Her father Sylvester Stallone enjoyed the event as an audience and a proud father.

As she is the celebrity kid with an awesome look many of her fans are eager to see her following the footstep of her father. So, today let us discuss the gorgeous diva in today's section!!!!!!!!!!! 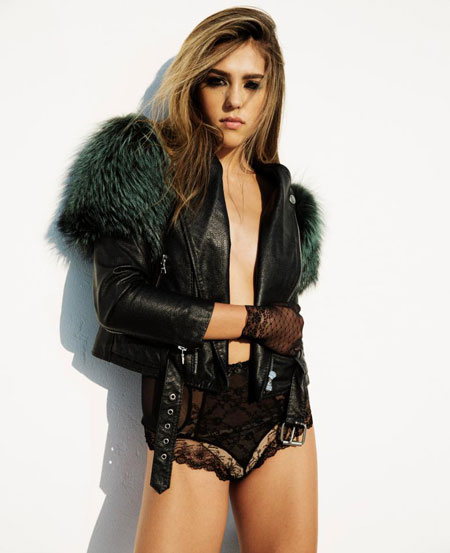 The 18-year-old American beauty is most probably single at the right time. As she's on her way embracing her career, we can say that she will soon meet the love of her life in near future.

Shooting our 2nd campaign for @samantha.thavasa.info

My first London Fashion Week show??thank you so much @topshop for this incredible experience

The diva is focusing on building her career and we might soon see her acting just like her father.

Sylvester's daughter Sistine hung out with the Topshop squad with Sofia Richie, Behati Prinsloo, and Joan Smalls for the very first time in Met Gala on Monday, 1st May 2017. 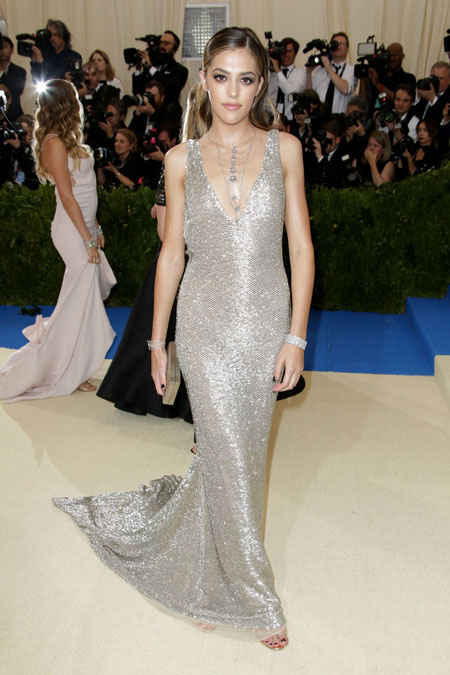 The glamorous IMG model looked so pretty in a silver-beaded backless gown with a cascading silver necklace.

So incredibly proud of my dad for winning the Golden Globe after 39 years for the same character!! So blessed to have such an inspiration like you in my life (I'm still shaking from excitement!!!) @officialslystallone

She got the opportunity to be the part of the squad since she made her debut on the Topshop runway during the London Fashion Week back in the month of February the same year.

The Rocky actor's second youngest child is on her way of building her career but none of her sisters Scarlet and Sophia seems to follow the footstep of Sylvester.

'I think we're a mystery because we're only starting up now, ever since the Golden Globes we've got a lot of buzzes, and a lot of attention.'

"So I think that it's a snowball effect, and we're still gaining momentum in this industry, so I think we're still not really known yet. I think that's cool, that we can't start from scratch here, and build up who we are. It's cool, it's the start of something new."

Sistine has actually made her parents proud not only in the professional but also in the academic field. She completed her graduation from Notre Dame High School back in the month of May 2017.

Her sisters including her parents cheered her for her success. Her mother, fashion model Jennifer Flavin chose Instagram to congratulate the wonderful young lady for the grand success.

Sistine's graduation!?? You are hard-working, smart, and kind-always being a good person is what I am most proud of!??#goodness #compassionate #caring

A post shared by Jennifer Flavin Stallone (@jenniferflavinstallone) on May 28, 2017 at 1:24pm PDT

She posted a picture of the IMG model smiling in the crowd along with a sweet message. Just have a look at it. 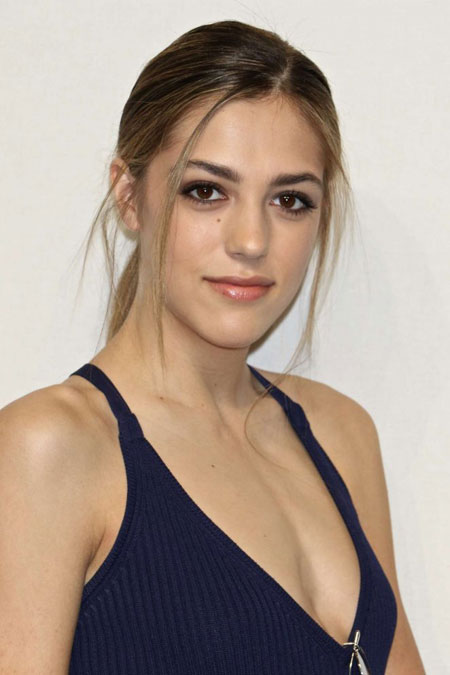