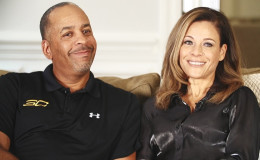 Wanna know about Sonya Curry's Married life with Husband Dell Curry?? Know all about her Family, Children, and Career here.

Sonya Curry, the volleyball player of her time is married to the famous NBA player Dell Curry. The Curry family sharing the gene of an athlete is always in the highlights regarding their personal life.

The couple has been married for almost 29 years and shares the parenthood of 3 children. So, let us find out more about Sonya and her family life in today's section!!!!

Their love story began as Dell and Sonya met at Virginia Tech in the 1980’s when Dell was a standout for the Hokies’ basketball team and Sonya was a volleyball player. Attracted to Sonya's personality, Dell asked her for a date and the rest is history.

Later in 1998, the love-pair walked down the aisle after 8 years of relationship. 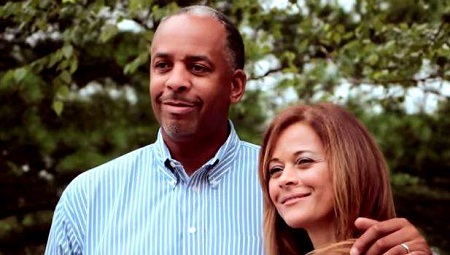 The relationship has nearly crossed the 3 decades and their love is still the same. They are still madly in love with each other. There is also no any report of divorce or mishap among these old-time lovers.

They have become the idol of love and relationship goals to the new generations and we wish them to remain as it is in the days to come.

Meet the Children of Dell and Sonya Curry

The year Dell and Sonya married, she gave birth to her very first child, Stephen on March 14, 1988. Following the next 2 years, they welcomed Seth Curry, the second baby child in 1990 and later in 1994, the duo got blessed with the youngest baby-girl and named her Sydel. 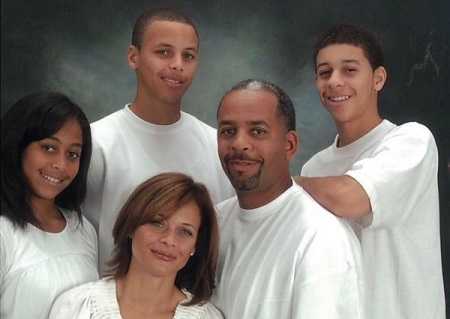 Dell and Sonya with their children: Stephen, Seth, and Sydel, Source: P Interest

Dell and Sonya have not only experienced the parenthood of their children, they are also the grandparents from Stephen and his wife Ayesha Curry. 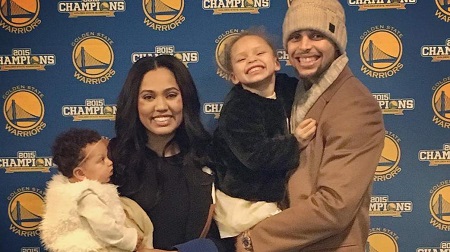 Steph and Ayesha with their children Riley and Ryan, Source: Heavy

Stephen is also a popular NBA player. He is known as the best shooter and is the franchise player for the Golden State Warriors. His younger brother Seth is also a basketball player and is active as the point guard at the Dallas Mavericks.

While both brothers were fond of basketball alike father, Sydel Curry like her mom played volleyball at Elon University.

Sonya Curry; Know about their Career

Sonya who played for Virginia Tech was a three-letter winner and led the Hokies to a 69-70 record over her four-year career. Later, giving a break to her volleyball career in 1995, Sonya opened the Charlotte Montessori School-Lake Norman which is a non-profit Christian Montessori school for spiritual and academic development of the whole child through the Montessori method of education.

Since then she has been working as a school administer whereas Dell who played in the National Basketball Association from 1986 until 2002 retired as Charlotte Hornets' all-time leader. Dell is now a color commentator on Charlotte Hornets television broadcasts alongside Eric Collins and Stephanie Ready. 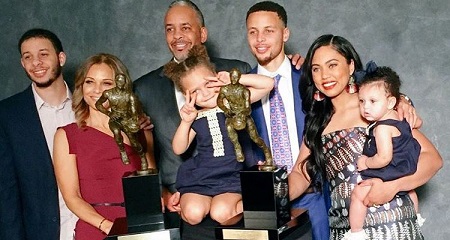