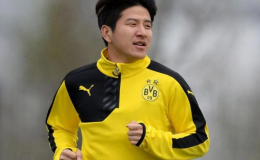 South Korean Left-back, Park Joo-ho is long married to his Swiss wife Anna Park. Their relationship looks pretty attractive from outside but what's their real bonding like?

Everything looks delightful with former Mainz 05 player, Park Joo-ho, his beautiful Swiss wife Anna and their children. Digging inside their relationship we might find some interesting stories, so let's jump into the article below to find it out!

Defensive player, Park Joo-ho has been long married to the love of his life Anna Park and shares a son Park Geon Hoo and a daughter Park Na-Eun. Secretive about his personal life, Park doesn't let the media get into his intimate life. 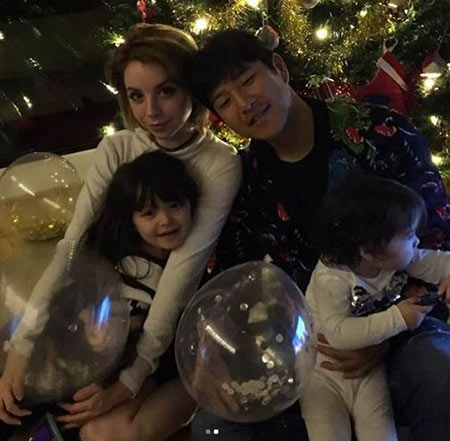 As one of the popular players who even played for his national team, he really put all his effort into keeping his married life to himself. It is crazy, that the media failed to gather any information about this popular footballer's engagement or marriage.

See More: Pro Footballer Rui Manuel Costa; is he dating? See his Career and Net worth

Well, his love life is no secret, his romance with his then-girlfriend Anna was blessed with a baby girl Na-Eun in May 2015. He himself revealed the situation back then, however, didn't share details about it. 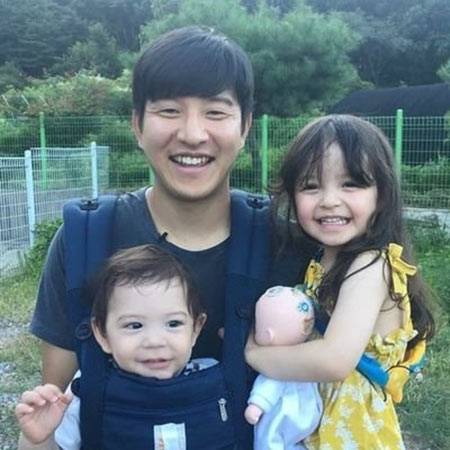 Park Joo-ho with his son and a daughter.

Joo-hoo hesitated to marry her back then due to his busy life schedule. He had to undergo four weeks of military training in late 2015 which postponed his plans for marriage. His management agency stated that he was trying to work out a time for the wedding but due to some uncertain situation it didn't happen that year.

See More: Is The Swedish Footballer Zlatan Ibrahimovic Married To His Partner Helena Seger; The Player Has Two Children

Keeping his marriage secret from the media, the couple then had their second child Park Geon-hoo in 2017. Likewise, their third child, a second son who they named Park Eden joined the family in January 2020.

Managing his private affairs away from media, he then showed up in a KBS2's The Return Of A Superman with his wife and children. Besides, it's always been a mystery when exactly the pair tied the knot.

Have a look at the following video!

Park's baby girl Na Eun stole the hearts of thousands with her adorable look and fluency in four languages-Korean, Spanish, English, and German.

Na Eun's down-to-earth personality and her top-notch cuteness were astonishing throughout the episode "The Return of Superman" while she interacted with her sibling and the cameramen. 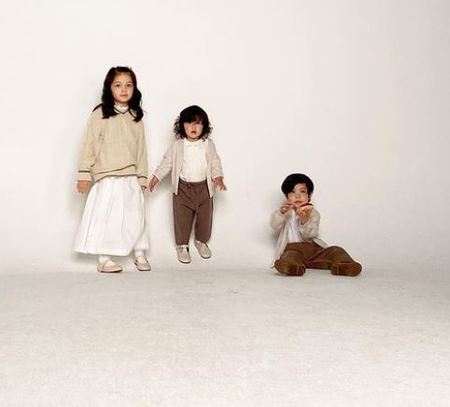 Besides, Park and his wife have also created a separate Instagram page for their children where they often update pictures and videos of their son and daughter. Fans are also supportive of the page and never forget to leave positive comments.

How Did Park Joo-ho And His Wife First Met? How Did It All Started?

They shared a romantic relationship from the day they started dating. He first met his future wife Anna on a plane and ran into her again afterward, while he was in the FC Basel team. He played for Basel from June 2011 to mid-2013 in Switzerland, and it's believed to be some time in between when his romantic life kicked off. 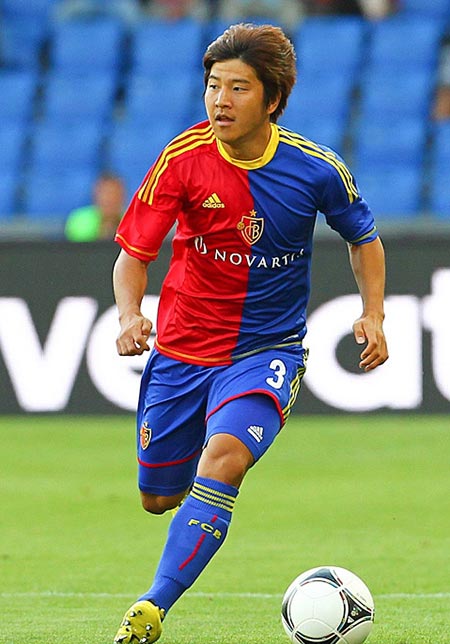 Park Joo-ho at his time in FC Basel.
SOURCE: Bigsoccer

Talking about it he said,

"Anna was a part-time worker at the cafe inside the soccer stadium. I first met her on the plane and ran into her again. We both thought, ‘Oh?’ and we became friends. One day, Anna asked me if we were just friends or if I thought of her as a potential girlfriend. It made me think about our relationship and we started dating. After many twists and turns, Na Eun was suddenly created."

His love life started as they became friends and eventually rekindle their relationship since then.

A known fact to all, Park and Anna are happily married and we are heading forward for more wonderful news about the pair.

The celebrity got married to his longterm girlfriend at the age of 23. The cupid lived in a foreign country alone without friends and family. It was probably hard for her, therefore, he wants to give Anna a break.

The South Korean footballer and his spouse, Anna are united as a life partner for over a decade now. Joo is a loving husband and a proud father of his wife and their kids. The family of four appears in his self titled YouTub video/ The Return of Superman. 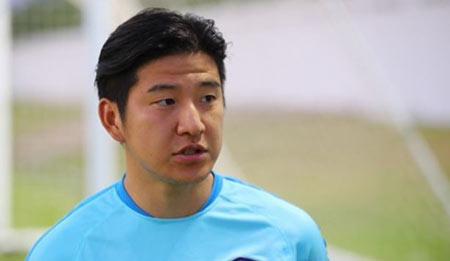 Go to marriedwiki.com/article for more information about celebrities.