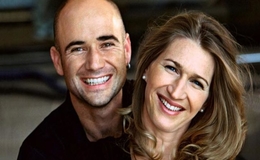 Steffi Graf wouldn't share her forever with anyone other than her boyfriend turned husband, Andre Agassi. Especially, if she hadn't dumped her ex-boyfriend Michael Bartels. 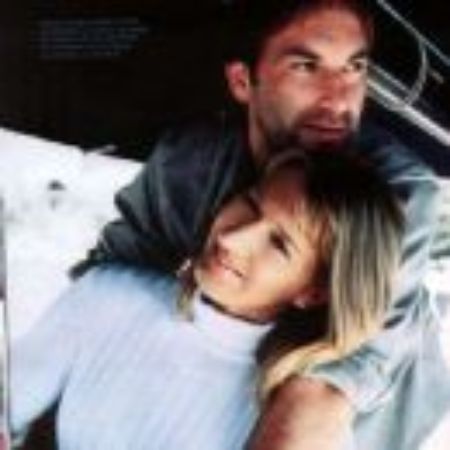 A picture of Steffi Graff and her ex-boyfriend Michael Bartels. SOURCE: Twitter

The confession of the split from Steffi left Michael shattered. Together with the Tennis player, he had many plans and was looking for houses to stay in. But, there were never becoming true. Following their break up, the 7 time Wimbledon winner never reconciled with him.

On the other hand, Andre already had a crush on the German tennis player after seeing her interview at the 1991 French Open. They made their first public appearance on trophy presentation, after both winning respective Wimbledon victories, 1992. In his autobiography, Open Agassi revealed his eagerness to attend a traditional dance ball with Graff but was disappointed with the news of its cancellation.

Their romance further sparked when Andre, during their flight to London, sent her gifts and proposed to her through a love letter. It wasn't long after Andre divorced actress Brooke Shields in 1999, the duo reconnected. Then, the German star spent the entire summer at Andre's Las Vegas House. The lovebirds finally walked down the aisle on October 22, 2001, in Las Vegas in the presence of their mothers and judge only.

The affection for one another was clear in 2004 when Agassi spoke at Graf's Women Tennis Hall of Fame induction. Agassi praised his wife and the life he is gifted with their children. Steffi's heartwarmingly responded the best part of her journey has been the path that led her to Agassi. 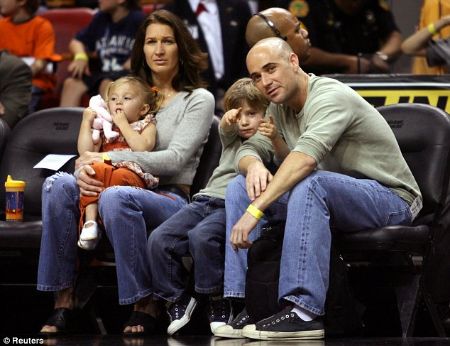 The family of Andre Agassi is watching the live game. SOURCE: Pinterest

Speaking of their children, just four days after becoming officially husband and wife, they welcomed their son Jaden Agassi. In 2003, the power couple gave birth to a daughter named Jaz Agassi.

In fact, Jaden is gifted with sporting genes from his parents as he has played baseball on the Junior national level. In comparison, Jaz is fond of hip-hop dances and likes horse riding. But, both are still young to pursue any profession whatsoever.

How Rich is the Agassi Family?

The combined 30 times grand slam winner, Andre Agassi & Steffi Graf are one of the richest couples in sports history. The family has amassed a whopping net worth of more than $145 million.

Most of their fortune is collected from tournament prizes, sponsorship deals, and business ventures. Not to mention, the Agassi family resides in a $23 million house with three spas, a hot bathtub, two swimming pools on 2500 square feet. 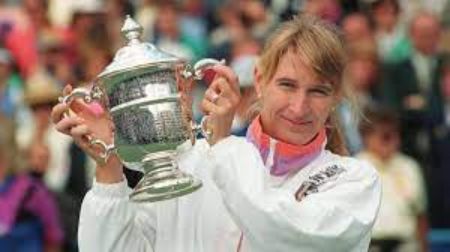 Aside from this, the athlete duo also participates in charity matches to raise funds for humanitarian causes. In 2001, Agassi established Andre Agassi College Preparatory Academy to provide free tuition for at-risk children and donated $35 million. His other non-profit organization, Child Haven, provides a residential facility for neglected children in his hometown,