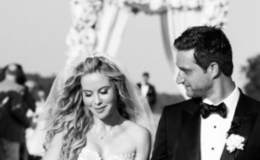 Tara Lipinski is a well-known figure skater, actress, sports commentator, and producer of documentaries from the United States. In this article, learn all about Lipinski's personal life.

Lipinski held the record for being the youngest single skater in the history of figure skating to win a U.S. Nationals title and the youngest to win Olympic and World titles.

On May 21, 2016, Tara Lipinski and her husband, Todd Kapostasy, engaged at the Beverly Hills hotel in Beverly Hills, California. Lipinski's dress was white and lacey, with a big skirt. She mentioned to The Knot that they were thrilled while planning the celebration and that they had been looking forward to the evening for several weeks. 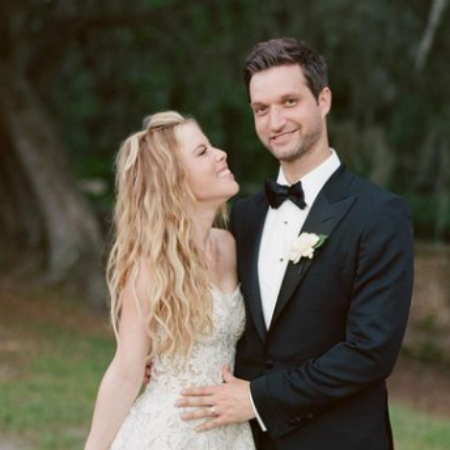 On May 21, 2016, Tara Lipinski and Todd Kapostasy engaged at the Beverly Hills hotel in Beverly Hills, California. SOURCE: Instagram

The pair dated for 18 months before getting married. As per Cheatsheet, on June 24, 2017, Lipinski and Kapostasy exchanged their wedding vows. Middleton Place in Charleston, South Carolina, served as the setting for the couple's extraordinarily romantic wedding ceremony, during which they exchanged their vows. Before that, the couple celebrated their singlehood with a four-day joint bachelor and bachelorette celebration.

Tara wore a tulle skirt twenty feet in length, while her attendants wore floral head wreaths. The guests arrived two days before the wedding to participate in the pre-ceremony party. It was held in Mount Pleasant's Boone Hall.

There were approximately 245 people there, some of which included Bob Costas, Jill Costas, Scott Hamilton, Andrea Joyce, Dan Patric, Johnny Weir, and her previous Olympic coach. Additionally, Johnny served as her best man. The wedding was like something out of a fairy tale, and the bride and groom looked lovely. Lipinski's husband shed a tear as he saw his wife make her way down the 200-foot aisle.

Do Tara Lipinski And Todd Kapostasy Have Any Children?

It has been a half-decade since Tara Lipinski and Todd Kapostasy exchanged their vows. The pair has a strong emotional connection and frequently posts pictures together on social media. When Kapostasy and Lipinski discuss their children, the pair has not yet welcomed any of them. 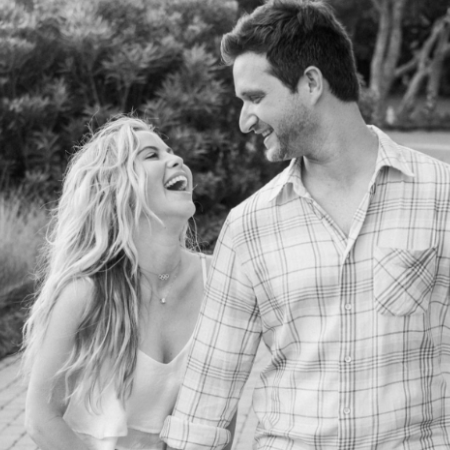 It has been a half-decade since Tara Lipinski and Todd Kapostasy exchanged their vows. SOURCE: Instagram

It has been said that Mr. and Mrs. Kapostasy are eager to start a family as soon as possible. On the other hand, according to Todd's wife, this was not something they had any current plans for. She went on to say that they do not feel any pressure and that they are mindful of the time.

Tara's husband, Todd Kapostasy, attended an Ivy League university. He received his education from Brown University in Rhode Island. He received his history and political science degrees, giving him a well-rounded education. In addition, he competed on the track team as a high jumper. 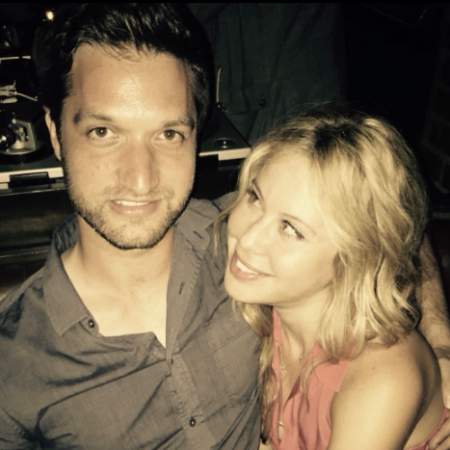 Todd was a two-time District Champion and a three-time State Qualifier in high school. He also won ten varsity letters during his time there. In addition, he was honored in the Distinguished Alumni and Athletic Hall of Fame of the university in 2013.

Currently, Tara's spouse Kapostasy holds a position at FOX Sports as a feature producer. He is responsible for producing several videos. For example, he created a film with Muhammad Ali that was shown before the Super Bowl in 2017.

On June 10, 1982, Tara Lipinski was born in Philadelphia, Pennsylvania. She is the daughter of Jack Lipinski and "Pat" Lipinski. She was born and raised in the town of Sewell in New Jersey. While Lipinski was only two years old when the 1984 Summer Olympics were taking place, she pretended to be a champion by standing on top of a Tupperware bowl. 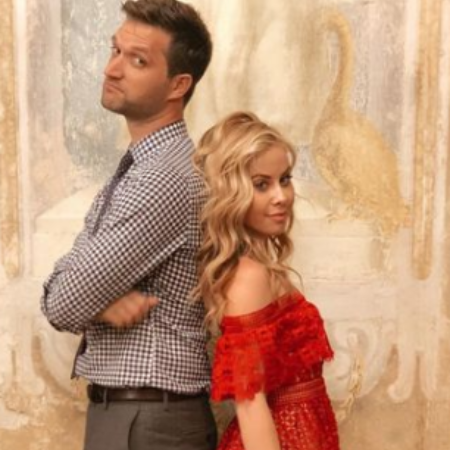 Lipinski started roller skating when she was three years old and won a national championship in her age group when she was nine. She started ice skating that same year, integrating her talents from figure skating into ice skating. In later years, Tara focused only on figure skating and attended classes at the University of Delaware in Newark, Delaware.

Since Tara's father had been promoted at work in 1991, the family decided to relocate to Sugar Land, Texas, located near Houston. She did her workouts at a public rink located in the Houston Galleria. Two years later, Tara and her mother moved back to Delaware so that she could continue her training with coach Jeff DiGregorio.

DiGregorio had been Lipinski's coach intermittently for the three years before the family's relocation to Texas. However, Lipinski's father remained in Texas to continue providing for the family.

At the 1994 U.S. Figure Skating Championships, Lipinski competed in the novice women's category and finished in second place, earning her a silver medal. At 12, she broke the record for being the youngest athlete to win a gold medal at the United States Olympic Festival in 1994.

Lipinski subsequently won first place in the Blue Swords in Chemnitz, Germany, in November, which was her first international competition. After that, the media started paying attention to her. She skated her way to a fourth-place finish at the World Junior Championships in 1995 and a second-place finish at the U.S. Championships in the same year.

Tara and her mother interviewed prospective figure skating teachers from all over the country. She took a few trial lessons from each before deciding to hire Richard Callaghan. At the 1996 U.S. Championships, which took place in January of that year, Lipinski earned the bronze medal as a senior-level skater. She finished the 1995-1996 season by qualifying for the 1996 World Championships and gained attention worldwide.