Home Article Taylor Kinney cheered his ex-Girlfriend Lady Gaga during her concert; Are they back together?

Taylor Kinney cheered his ex-Girlfriend Lady Gaga during her concert; Are they back together? 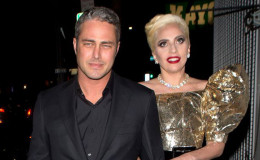 Taylor Kinney cheered his ex-Girlfriend Lady Gaga during her concert; Are they back together? Let's find out

It looks like Taylor Kinney and Lady Gaga are back together. Hurrah to the Team Kinney!!!

The former fiance and boyfriend of the pop singer was cheering Gaga during one her concert. Well, you know what they say, 'Old Flame Dies Hard.'

And the social media is set ablaze after the incident.

So the singer was performing her song during her Joanne World Tour concert in Chicago. Everything was going pretty good when suddenly an unexpected guest showed up. 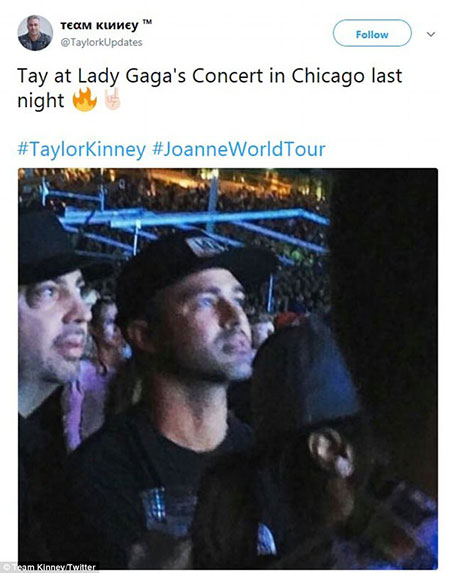 At first glance, it looked like a random spectator but taking a close look revealed someone we all knew. Yes, he was none other than Lady Gaga's ex-boyfriend and fiance, Taylor.

Many of her fans were joyous after watching the actor cheering his ex-girlfriend. As soon as word got out, many spectators flocked to the star and took selfies with him.

The duo started dating in July 2011, after they first met while working in Lady's song "You and I". They started going out soon after wards. 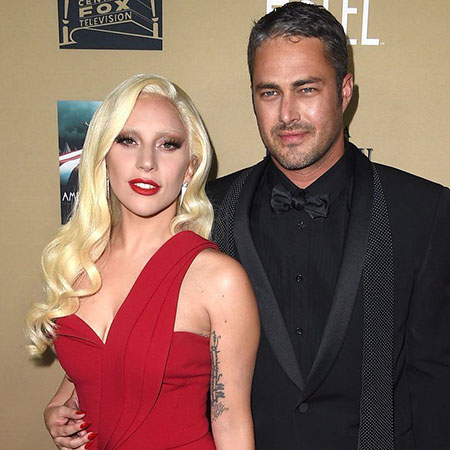 The pair started dating in 2011, They called it quits in 2015, Source: Pinterest

The pair has ever since remained good friends and maybe he was just there as a friend and just wanted to have some fun.

Talking about their break-up, Taylor stated, during an interview with Howard Stern,

"We love each other. That's it. To be fair, I think that Taylor's pretty f**king cool that over the years, no matter what creative transformation that I've gone through, he’s always been very supportive of that and loving."

"I'm not gonna, like, f***ing throw a party' once he finds himself in the arms of another woman."

And now after two years, the pair is now linked with one another once again. Though, Gaga is reportedly dating her own manager, Christian Carino.

Let's hope for the best and we wish they could get back together.