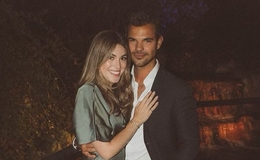 Out of sight but never out of mind: Taylor Lautner hasn't made any big comeback since his breakthrough success as the shapeshifter Jacob Black in the Twilight Saga, but the actor continues to hold a special place in his fans' hearts. Lautner was an early teenager when he did small television roles, including in The Bernie Mac Show, My Wife and Kids, Summerland, and eventually starring in The Adventure of Sharkboy and Lavagirl in 3-D.

Lautner was sixteen when he rose to become a teenage sensation and was even called a sex symbol after starring in the pop culture's favorite vampire series. While Taylor's fellow headliners, Robert Pattinson and Kristen Stewart, have since climbed a few more ladders of fame and have become well-sought A-listers, Taylor has chosen a life away from the glamour. The actor, now thirty, lives a quiet life in Los Angeles with his dogs and his fiance-turned-wife, Taylor Dome.

Our teenage crush is a married man. The Twilight fame married the love of his life, Taylor Dome, on Friday, November 11. The couple's fairy-tale wedding took place at the Epoch Estate Wines in California in front of 100 guests, consisting of their closest friends and family members. The newly-married couple kept their wedding a private affair and didn't share any snippets of the beautiful affair. Lautner and Dome's marriage comes exactly a year after the pair got engaged. 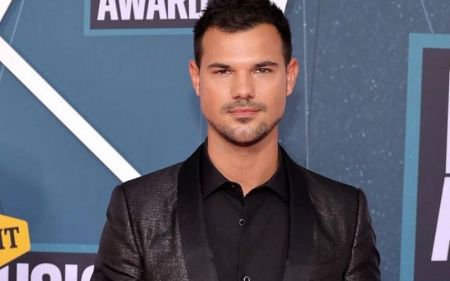 Taylor Lautner and Dome have been together since 2018. SOURCE: Instagram

"11.11.2021," Taylor wrote while sharing several snaps of their beautiful proposal. "And just like that, all of my wishes came true," the 30-year-old actor added. Lautner later revealed Dome had asked him for a simple proposal in their kitchen, a request Lautner abided by but with a little more surprise. "When she came home at the end of the day, after a long day of work, she walked into that," said the Michigan native who surrounded the house with candles and roses.

Dome, on her part, also took to her Instagram to gush about the new milestone. "My absolute best friend. I cannot wait to spend forever with you," Dome wrote. The Cuckoo actor and Dome have been together for over four years. The couple first went public with their relationship in 2018. Some meet their soulmate via mutual friends, some by absolute chance meetings, but in Lautner's case, it was his sister, Makena, who introduced the actor to Dome. 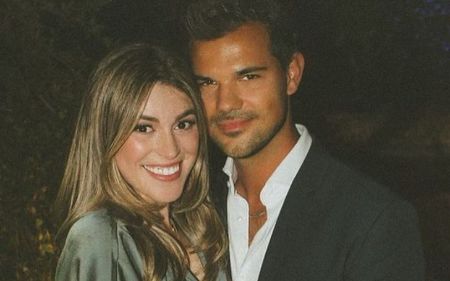 Taylor Lautner and Dome tied the knot after one year of engagement. SOURCE: Instagram

Taylor recalls he was on a hiatus when he met his now-wife. So, it all worked out perfectly. "She (Makena) called me and said, 'Dude, I found your future wife. You need to meet this girl.' And the rest is history," Lautner says while talking about how it all started. The twosome has since kept their blissful relationship quite public on Instagram, often posting sweet tributes to each other. The Twilight actor credits Dome for making him a better person. 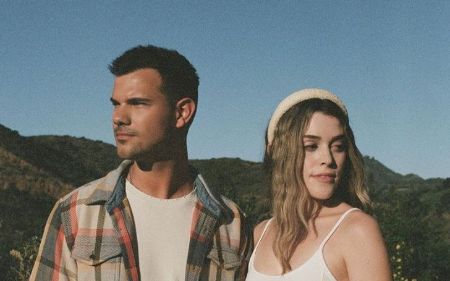 Tay Dome is a registered nurse and a mental health advocate. SOURCE: Instagram

Taylor's wife, Dome, isn't a Hollywood star and certainly not a trophy wife. Taylor Dome is a registered nurse. In an Instagram tribute to Lautner, she revealed how the Twilight actor helped her throughout her schooling. "Thank you for encouraging me when I felt like quitting. Thank you for all the meals you'd make me when I was too busy studying," Dome wrote alongside a sweet snap of the couple.

The former teen idol may have shifted his liking to a life outside the spotlight, but the actor once lived a life under the media's constant gaze. In his brief stint in the limelight, given that Lautner went on an unannounced hiatus following The Twilight Saga: Breaking Dawn – Part 2 in 2012, Lautner dated many high-profile celebrities. Taylor's earliest girlfriend is identified as Sara Hicks, who he dated before rising to fame. 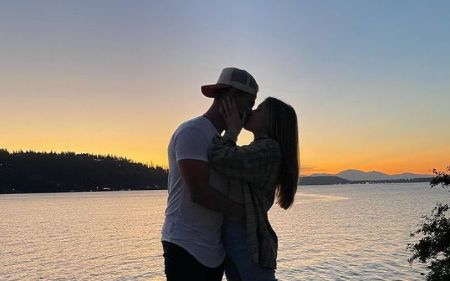 Lautner was the hottest in the market when he dated fellow teen idol Selena Gomez in early 2009. The pair's romance was a short-lived affair. "I went to Vancouver thinking I was going to focus on my work, but instead, I got to meet him, and it ended up being the best thing ever. He is so sweet. Taylor has made me so happy," Gomez said at the time. Lautner's brief romance with Gomez was followed by another fleeting relationship, also his most famous, with singer Taylor Swift. Taylor and Swift fell in love on the sets of the movie Valentine's Day, and it wasn't long before the duo took their relationship off the screen.

Swift's song 'Back to December' was about her relationship with Lautner!

After a few months of dating bliss, reports of the duo's split emerged in December 2009. Although no one commented on their much-loved relationship and quick separation, Swift later reflected on their romance in her hitmaker Back to December. The Cuckoo actor's next relationship, with his Abduction co-star Lily Collins, also fizzled in a few months. Before coming across Dome in 2018, Lautner was linked with Maika Monroe, Billie Lourd, and his co-star Marie Avgeropoulos.