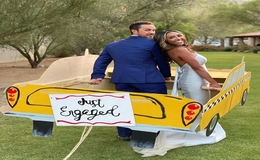 A failed marriage? No one wants that. However, a divorce doesn't mean the end of the world that stops you from finding love again. Just look at, Tayshia Adams who has once again decided to embark on a journey of only love and happiness.

How Tayshia Adams Found Love On The Bachelorette

When Tayshia Adams decided to join reality TV shows to find love, she had hopes that she would. But, the journey hadn't been easy with rejection and relationships that couldn't last. Like, where do we even start? But, Adams has definitely come a long way, though.

Well, Adams's serious journey to find her man began in 2019 when she signed up for The Bachelor's season 23 in January 2019 with the aim to win the heart of footballer Colton Underwood. Well, Adams had to compete against 30 women including Hannah Brown.

But, as it turned out Colton had his eyes on another woman aka Cassie Randolph, Tayshia was eliminated at the final round. With such a public rejection, Adams was left heartbroken. But, the influencer still didn't give up faith on finding her true love.

And, when approached by the franchise producer to appear on the sixth season of Bachelor in Paradise in Aug 2019, Adams said yes. Adams shared strong chemistry with John Paul Jones among the other contestants.

So in late October, as their romance turned sour, Tayshia ended her on and off relationship with Jones for the final time. And, the break up happened for the good as love for Tayshia was waiting on the other side.

In October 2020, the Bachelor nation watched Tayshia Adams take over the sixteenth season of The Bachelorette platform as one of its lead where she had to find her soulmate among twenty men. And, by the end of the show finale, Taysgia fell head over heels for Zac Clark whom she chose to be the winner. 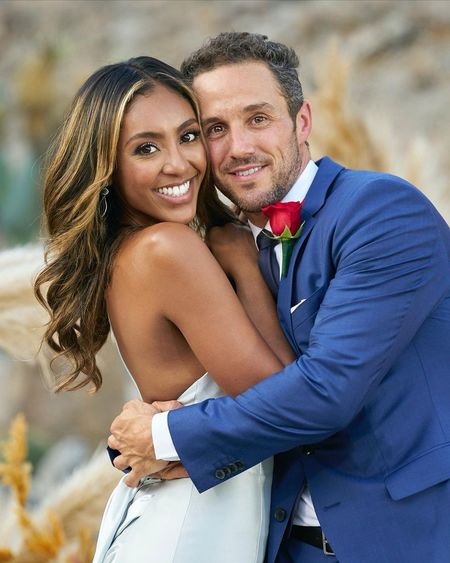 And since December 2020, Adams and Clark who is an addiction specialist by profession have been happily engaged. Clark popped the question with a gorgeous 3.25-carat diamond ring handmade design by Neil Lane Couture.

Also by the looks of their social media, anyone can tell how adorable they make as a couple. However, Adams and Clark are not rushing to prepare for their wedding already. The lovebirds definitely want to wait and enjoy in the meantime.

If Tayshia ends up getting married to Zac, it will be her second marriage as she was previously married to her first husband Josh Bourelle in 2016. But, their marriage didn't even last a year as the two split in 2017. 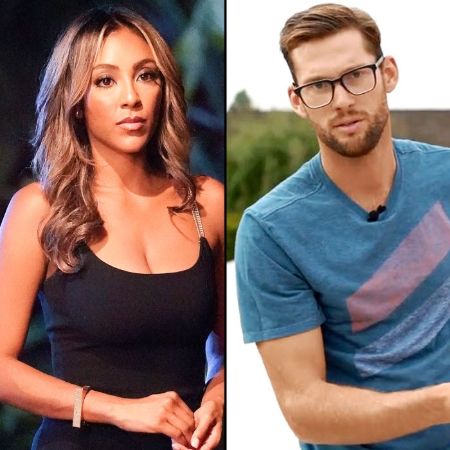 Long-distance marriage and infidelity are what caused their marriage to end. Josh lived in Mammoth Lakes California while Tayshia moved to Orange County to pursue her education at Concordia University when they lived apart.

Other than that, Bourelle's decision to not want children is also what tore their marriage. But, everything is in the past and both of them have moved on. Tayshia found love in her new partner aka Zac again, and that's all that matters.