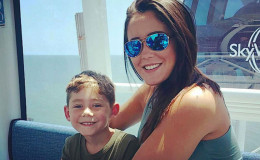 After months of custody battle against her own mother, for her eldest son, Jace, the 25-year-old Teen Mom star, Jenelle Evans is finally spending a mom-son quality time together.

The author and mother of three, Jenelle gave up the custody of her eldest son, Jace with to her estranged mother, Barbara Evans back in 2011.

Ever since she's battled to get the full custody back from her mother. And now, after month long court drama, Jenelle finally settled for an agreement that she could see her son during holidays and weekends.

Let's talk in detail about this controversial matter in today's section.

Finally, it's an emotional reunion for Teen Mom star and her son! 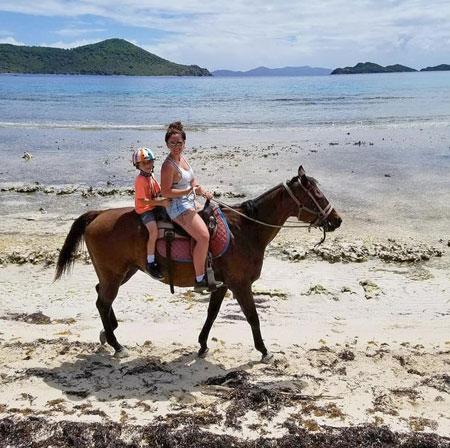 Jenelle Evans with her son Jace at the beach rendezvous, Source: Instagram

Evans posted an adorable picture with her son, riding the horse enjoying a sunny day at the beach last weekend. In her caption, she wrote an emotional message stating,

"Blessed this day finally got to happen. Brought Jace to the place I’ve been wanting to for years. I’m so grateful and blessed my son can travel and share the same experiences … starting now.”

Enjoying waterfalls and things with my boy.

Jenelle gave birth to her first child, Jace Evans back in 2010, with her ex-boyfriend Andrew Lewis and she gave up her son's custody to her mother, with whom she wasn't that close. 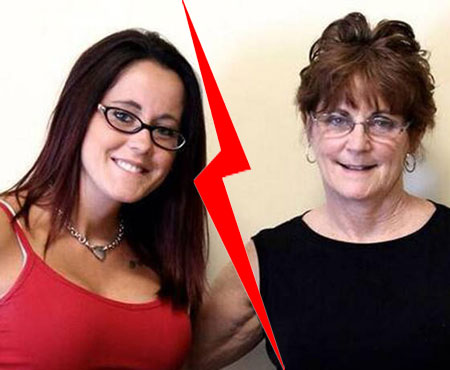 (L)Jenelle and her mother(R), Barbara Evans have broken terms with each other after the custody battle

But after seven years of domestic disputes, Jenelle finally stepped up and took a legal action, and fought for the sole custody of her 7-year-old son.

She lost the battle and couldn't help crying in front of the judges when the final decision was made by the judge. 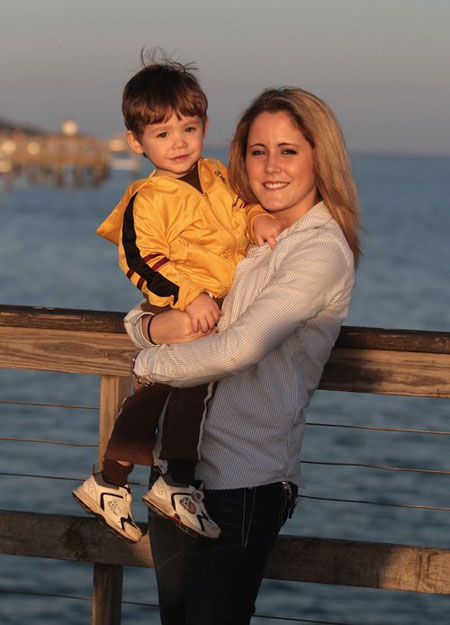 Ever since the battle started, Jenelle has turned back on her mother and hasn't spoken a word. E Online reported that after the settlement, Jenelle made strong statement that she would fight again, and stated,

"I'm really happy we could to a decision for Jace but it doesn't change my feelings towards my mom. She still isn't giving up my son to me but I will fight again in the future when the time is right."

They are super proud of their work. #BoysWillBeBoys #Brothers

Despite her loss, she's still not lost hope to get back her son for herself. Only time will the fate of this mother-son duo.

Current and past affairs of Jenelle Evans

The Teen Mom star Jenelle Evans is currently dating her boyfriend, David Eason and the pair engaged this February. But before that, they gave birth to their baby daughter, Ensley Jolie Eason on January 24, 2017. 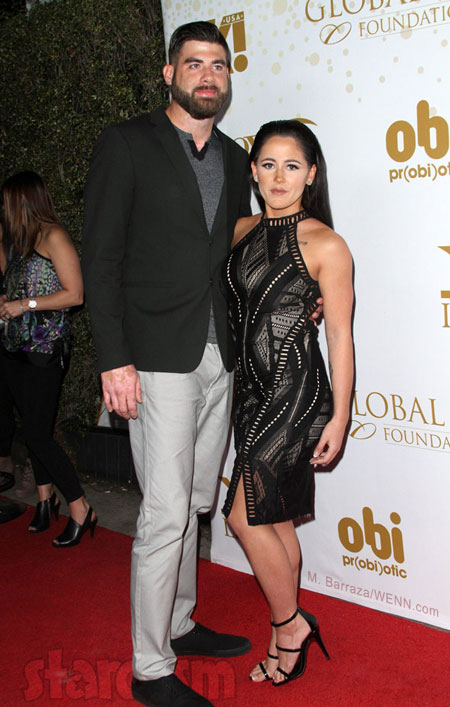 Jenelle with her fiance at a red carpet event, 2016, Source: Starcasm

And now, the couple is planning for their grand wedding together, with a simple, backyard rustic theme and Southern Twist. We all are eagerly waiting for the big announcement!

#HappyMothersDay to me! the kids and David made me this homemade chalk board for our house and even drew one awesome picture on it. I'm in love! This day didn't go the way I imagined but there will be many more to come in the future. #Hopeful #GoodVibesOnly #Family

Prior this she was engaged to her ex-boyfriend Nathan Griffith but the duo broke up after dating two years. The duo has a son named Kaiser Griffith together.

But her relationships doesn't just end here. There's more. Back in 2010, she dated her third boyfriend, Gary Head for three long years and ended up marrying Courtland Rogers in 2012, but this relationship too didn't last long. 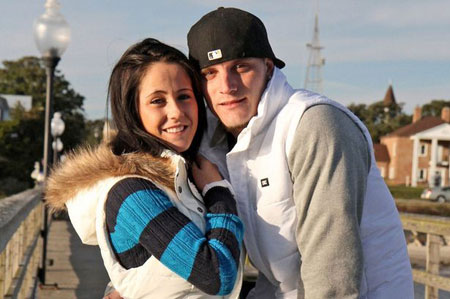 Her first child, Jace was from her college boyfriend, Andrew Lewis whom she dated for about a year and broke up in 2009. 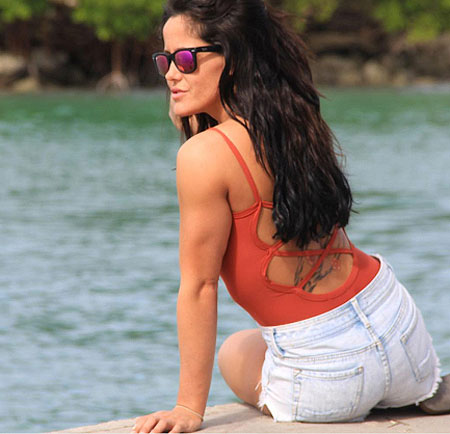