Home Article Is Teresa Giudice Married? Everything to Know Here

Is Teresa Giudice Married? Everything to Know Here 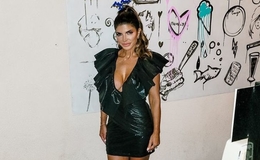 Teresa Giudice is best known for starring in Bravo's much-loved reality television series The Real Housewives of New Jersey. Besides her long-going stint in the drama-filled series, Teresa is also a New York Times bestselling author of Skinny Italian, Fabulicious!, Fabulicious! Fast & Fit, as well as Fabulicious! On the Grill, Turning the Tables: From Housewife to Inmate and Back Again."

Giudice has been a Bravo housewife since the RHNJ's inception in 2009, so not much of her life is a secret. Born on May 18, 1972, in Paterson, New Jersey, Teresa used to work as an associate buyer at Macy's before she delved into the glamour world with the Housewife franchise. The 50-year-old television personality recently married for the second time and shares four daughters with her ex-husband.

Who is Teresa Giudice Married to?

Giudice had a very tumultuous relationship with her ex-husband Joe Giudice, with whom she was married for twenty years before they called it quit in 2020. She now claims to have found her real soulmate. Giudice is now married to Luis Ruelas, who she began dating a month after her divorce from Joe. The pair reportedly met in the summer of 2020 and hit it off immediately, but it wasn't until late 2020 that Giudice and Luis confirmed their budding romance. 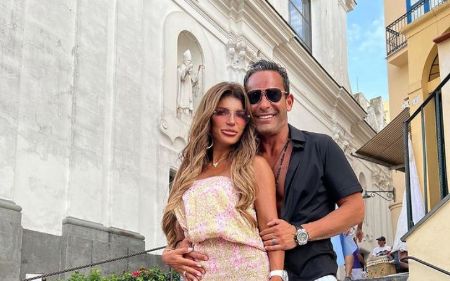 "Now I've found my true match — my soulmate. He's really amazing," the cookbook author said while drawing a parallel between her ex-husband and Luis. Before the new lovebirds could even give hints of a serious relationship, Giudice's co-stars revealed the engagement and eventual wedding on the horizon for Teresa and Luis. "I see the potential for so much and a life together, and I see a lot of love between them," Dolores Catania said.

Giudice and Ruelas had a year of fun-filled dating bliss, with the couple often jetting off for romantic getaways and plenty of gushy appearances on the reality show before they announced their engagement on October 19, 2021. The dreamy proposal, as apparent from many pictures, happened at Amanzoe Resort in Porto Heli. The engagement fever lasted quite a while for the couple, and they soon began the grandiose wedding planning. 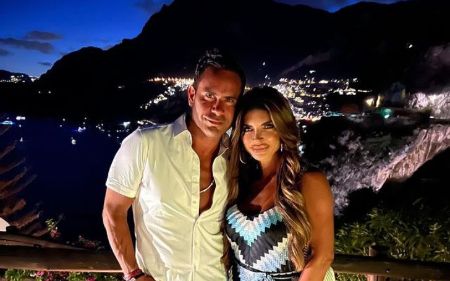 Giudice and Luis tied the knot earlier this year in August. SOURCE: Instagram

The smitten-in-love couple even decided to dodge prenup formalities. "I mean, I would [sign a prenup], you know, if he said so. I'm so easy about that," Teresa said in an interview, adding, "He definitely has more than me. I would never take anything from him; I'm so not like that." The twosome tied the knot on August 6, 2022, at the Park Chateau Estate & Gardens in East Brunswick, New Jersey.

A look inside Teresa and Luis' extravagant wedding!

Giudice's second husband, Ruelas, 48, is a businessman from New Jersey. His resume reveals the great feats he has achieved in his career. Luis reportedly founded a company called Digital Media Solution and is an executive vice president. In his native, Luis has cemented a reputation as a philanthropist, with sources citing the businessman has fed hundreds of poor families. Luis has two kids from his previous marriage.

The Real Housewives of New Jersey's viewers followed Teresa and Joe Giudice for over a decade. When Teresa signed up to unveil her family life on the Bravo series, she and Joe were already married for over a decade. Throughout their twenty years of marriage, half of it being screened on television, the former couple went through a lot of ups and downs and finally went their separate ways in 2020. 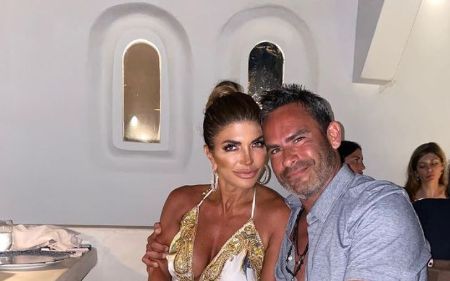 Giudice ended her twenty years of marriage with Joe in 2019. SOURCE: Instagram

The cookbook author married Joe, a businessman, in October 1999. The pair had their firstborn, daughter Gia, in 2001, Gabriella in October 2004, and Milania in February 2006. By the time the duo welcomed their youngest, Audriana, in September 2009, they were already in the limelight. The family of six did share some sweet moments on the screen, but much of it remains overshadowed by their several scandals.

Teresa and Joe renewed their wedding vows in 2011 and faced a serious roadblock in 2014 when the businessman was charged with four counts of fraud- leading to the imprisonment of the spouses; Teresa for 11 months and Joe for 41 months. The pair's relationship was never the same upon Joe's release. The businessman was ordered to be deported back to his native Italy, and amid the chaos, Teresa had already decided to split from her daughters' father. 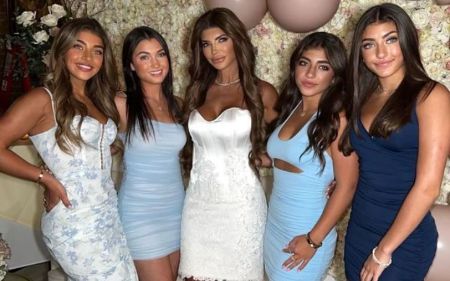 "Teresa and Joe talked about their future when she and the girls were in Italy and decided it was best for them to separate," a source said about the former couple, who called it quits in December 2019. The source added, "Teresa is busy taking care of their girls right now. They harbor no ill will toward each other and will continue to co-parent their kids." The estranged couple's divorce was finalized in September 2020.