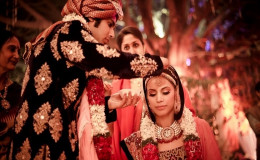 The Big Band Theory star, Kunal Nayyar is now happily married along with the former Miss India, Neha Kapur, however, has no children yet.

What do you think about love at first sight? It sounds like it would happen only in movies but here we have an example of a couple who fell for each other at first sight and is living a happily married life together.

The beautiful Indian couple is living a life of many dreams and giving us some serious relationship goals.

Kunal and Neha met for the first time in India through their mutual friends in a party at the bar. The couple started falling for each other or simply, it was love at the first sight. They both found each other very attractive and eye catching.

'' Kunal was visiting India, and my friend called me. Oh, this really great guy is visiting from America. There was a party at a bar, and I saw Kunal dressed all LA, the star, the glasses..'' 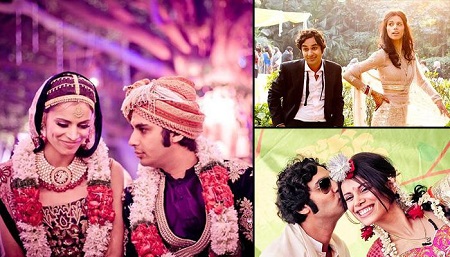 The wedding glimpse of Kunal and Neha, Source: Bollywood Shaadoes

Moreover, after dating for certain months, the couple tied the knot in 2011 in New Delhi with a traditional theme where groom appeared the ceremony in a white horse. The wedding was a grand that last up to six days with the presence of 1000 guests.

The wedding was a grand event that last up to six days with the presence of 1000 guests.

I wish I was a little bit talla... I am a balla? #sagawards

Neha and Kunal are today together since years with no such buzz about their divorce and extra marital affairs. Even after years of their relationship, they have no children yet as they might not be ready to have such responsibilities.

Kunal's Journey as an actor

Kunal started his career soon after his graduation and started appearing in various American television ads and other stage shows. Moreover, he gained his first role in the play named, Huck & Holden by Rajiv Joseph in 2006.

Furthermore, he appeared as a guest on the CBS drama, NCIS in the episode of the Suspicious with the role of Youssef Zidan. He rose to fame after working in an American sitcom, The Big Bang Theory with the role of an astrophysicist.

After that, he started appearing in different movies and series including Ice Age: Continental Drift, Trolls, Cars 3, Sanjay and Craig, The Mindy Project and so on. 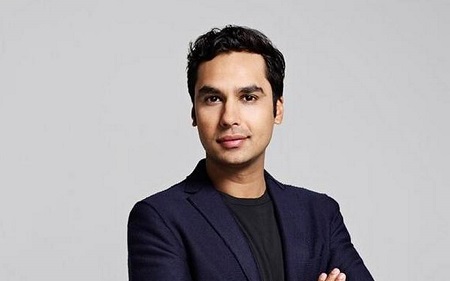