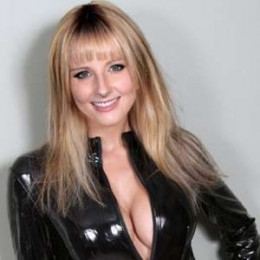 Melissa Rauch is an American actress and comedian well known for her role on the television series “The Big Bang Theory". She was born to father David Rouch and mother Susan Rauch. Melissa graduated from Marymount Manhattan College and started her career as the stand-up comedian. She was nominated for several awards including "People’s Choice Awards, Critics Choice Awards, and Screen Guild Awards".

Rauch attended Marlboro High School from where she developed an interest in acting. She graduated from Marymount Manhattan College in New York City in 2002.

Melissa Rauch started her career in 2006 as a regular contributor to VH1's Best Week Ever television show. She appeared as the recurring role of Bernadette Rostenkowski in the third season of TV's The Big Bang Theory.

Her performance earned her first Screen Actors Guild Award nominations for Outstanding Performance by an Ensemble in a Comedy Series.

Some of her screen credit includes True Blood, The Office, Kath & Kim, Wright v Wrong, I Love You, Man. She is also part of the comedic stage show The Realest Real Housewives.

Besides acting, Rauch co-wrote and co-produced the film The Bronze. She voiced Harley Quinn in the animated film Batman and Harley Quinn.

Melissa Rauch has an estimated net worth of $8 million. As per celebrity net worth, her monthly salary is $75k. She earned $100k per episode from her appearances in movies and TV series.

Melissa Rauch is happily married to writer Winston Rauch (né Beigel). The duo often collaborated for movies and other projects. In July 2017, Rauch announced she was pregnant and also disclosed she had a miscarriage previously.

I am beyond over the moon to share that our beautiful baby girl, Sadie Rauch, has arrived and our hearts are bursting at the seams with love for her. I will never take for granted the difficult road it took to get here. To those on that road: I'm sending you so much love today and always.

Ruch welcomed her first baby, a girl, Sadie Rauch on December 4, 2017, which she announced via her Instagram.

Winston Beigel is an American screenwriter. They first met while they were in the college. They do not have any children yet.