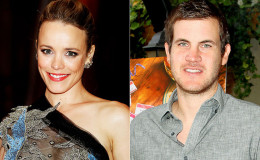 Sources confirmed the baby birth when the star was spotted walking beside her screenwriter boyfriend Jamie Linden carrying a baby boy in his arms.

Rachel McAdams is a proud mother of a newly born!

Sources confirmed the baby birth when the star was spotted walking beside her screenwriter boyfriend Jamie Linden carrying a baby boy in his arms.

The two started dating earlier in April 2016. The couple has never made red carpet appearance together but their relationship is no more a mystery among fans and media.

Linden who started his career writing the script We Are Marshall in 2006 made his directorial debut in the 2011 movie 10 Years starring Channing Tatum. 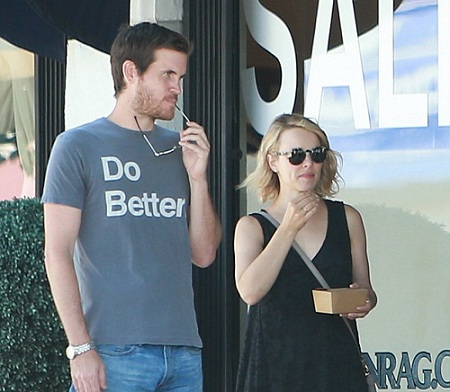 They were first photographed together in spring 2016. Since then, the two kept a very low profile and have yet to make a red carpet appearance together.

The couple was later spotted at a friend's wedding in Virginia.

Managing the personal life under the radar is sometimes good to maintain a strong bonding and keep the love life far from unnecessary gossips and rumors.

As stated by some reports, Mean Girls actress recently became a new mother of a baby boy.

She was recently spotted in photographs obtained by Hollywood Pipeline walking beside her beau Jamie Linden which appeared to show him carrying a baby in his arms.

NEWS ?? Rachel has had a baby boy! She has not confirmed this herself, but there has been a photo released of her with her baby. I won’t be posting it, to respect their privacy! I am eager to find out his name! I’m so happy it’s a boy ?? Best wishes and prayers to Rach! #rachelmcadams #jamielinden

McAdams managed to keep her pregnancy journey under the radar. E! News first revealed her pregnancy news just months ago in February.

Media and fans speculated on her pregnancy when she remained out of the media for past few months. She didn't even attend the premiere of her new dark comedy Game Night in February this year while her co-stars Kyle Chandler, Michael C. Hall, and Jason Bateman walked on the red carpet at the TCL Chinese Theater in Hollywood.

E! News reported the actress looking slightly curvier than normal in previous months. She has been sporting big coats and strategically carried her handbags which definitely helped to cover her rounded tummy.

Exclusive: Rachel McAdams is pregnant with her first child! For more info on the baby-to-be, visit the link in bio ??! (??: WireImage)

McAdams has always been pretty interested in babies. During an interview with People in 2009, she said,

"Having a few [kids] would be great. I'm looking forward to it someday."

"My mom is a great inspiration to me. She's a nurse and very nurturing and gentle. She lets me be who I am. Hopefully, I can take on those qualities and be as great as her."

Speaking with InStyle back in 2010, she stated,

"Part of me is very attached to the idea of having children. It'll depend on if I find the person I want to do that with."

Though the pair is making highlights in media now, the couple hasn't openly explained details about the newborn.

Let's congratulate the happy couple for their newly extended family. 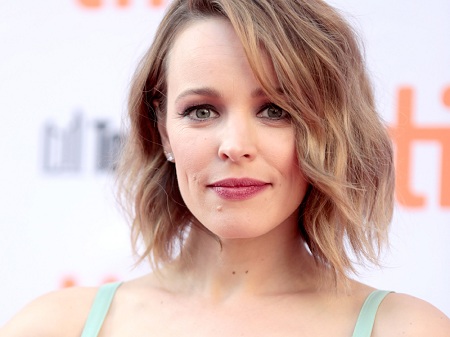