Home Article Actor Chris Evans and Jenny Slate are no longer together, " I didn't know what to expect when I met Chris"

Actor Chris Evans and Jenny Slate are no longer together, " I didn't know what to expect when I met Chris" 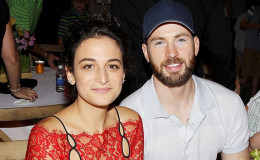 Chris Evans and Jenny Slate split and the actress revealed the major reason behind their break up.

The Hollywood's most talented and gorgeous actor, Chris Evans is undoubtedly every woman's fantasy and so was for the beautiful "Parks and Recreation" actress Jenny Slate.

Recently, this wonderful pair announced their break-up that caused a wild stir in the media. The pair was Hollywood's one of the cutest couples and now they are no longer together. It's pretty sad.

After dating for almost a year, this two called it quits, but what was the major reason behind their such sudden and harsh decision?

Let's find that out in today's section.

Jenny Slate and Chris Evans no longer together

It has been confirmed!

After dating for almost 9 months, Jenny Slate has confirmed her break up with "The Captain America" actor, Chris Evans. 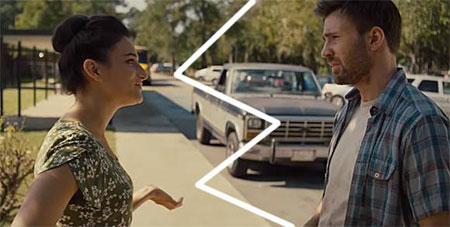 The major reason behind their breakup has not been revealed, until now as the actress herself confessed what cause their beautiful relationship to fall apart. 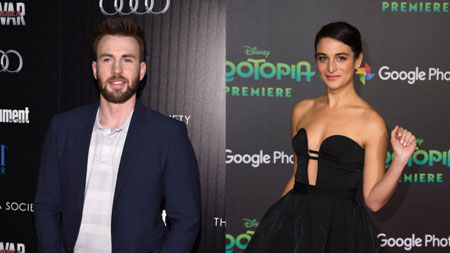 She confirmed their breakup stating that they weren't a perfect pair and were completely different from each other.

In an interview she stated,

“We used to talk about what kinds of animals we were. Chris said it’s like I’m a chick riding on a St. Bernard’s head. We were an odd match.”

But before knowing their break-up, let's jump to find out how they first met.

Jenny and Chris met on the set of their movie, Gifted

Jenny first laid her eyes on the handsome 35-year-old Chris, on the set of her upcoming drama film, Gifted. The two are cast as leads in the movie and is soon to be released.

Here's an official trailer of the movie. Enjoy watching!

Jenny, who was married to her husband of three years, Dean Fleischer-Camp was just getting out of a painful divorce when the duo first met.

By the end of October 2015, they confirmed that they were dating. In March of 2016, the two were caught doing a double date with Scott Evans, Chris Evans' brother at Magnolia in Hollywood. 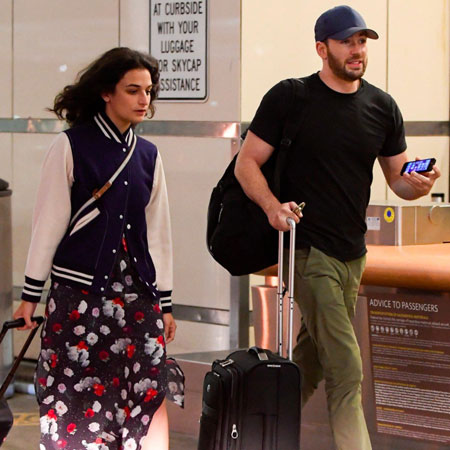 Chris Evans and Jenny Slate at LAX after arriving on a flight, 2016, Source: Pop Sugar

In an interview on Anna Faris Unqualified podcast, Jenny confessed what it was like during their first dates. She quoted,

"I didn't know what to expect when I met Chris. I was a little scared because I kind of felt like, Well, I don't know him. He's a giant man with huge muscles and he's Captain America. How could we ever connect? 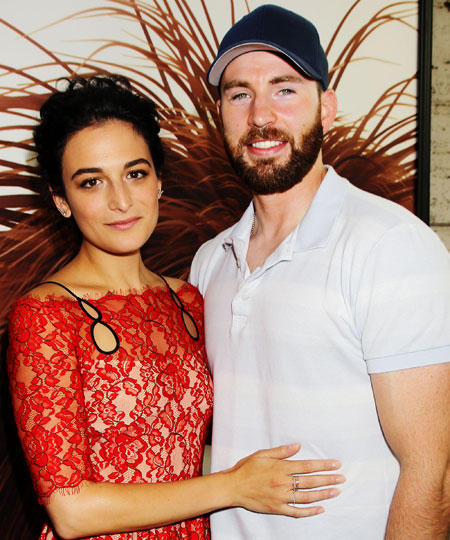 The pair confirmed their relationship in May 2016 and together made their red carpet appearance as a couple at the premiere of The Secret Life of Pets in New York City last June.

Chris Evans and Jenny Slate were at a friend's wedding this past July!
Credits: @CEvansFrance pic.twitter.com/bKn0sM2q0y

Jenny Slate revealed why she and Chris broke up

The 34-year-old actress has finally confessed the reason behind their breakup. 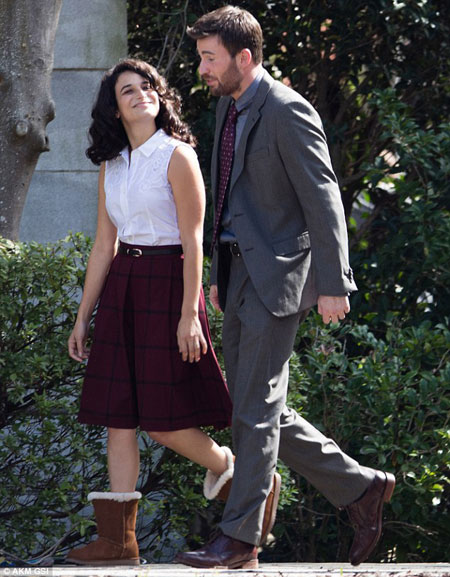 Jenny and Chris on the sets of Gifted together, Source: Daily Mail

She stated that the attention, the paparazzi, and spotlights with Chris Evans was too much for her to take and she finally realized that it was exactly the opposite of something that she wanted.

"Chris is a very, very famous person. For him to go to a restaurant is totally different than for me to go. I sit in my window and I say ‘Hi’ to people on the street.

I have more freedom because I’m not Captain America. I’m mostly a cartoon."

Moreover, she told the Huffington Post that she always knew that Chris wasn't the type of guy for her.

Recently, both Chris and Jenny spotted together ad both showed up together for a photo call for the film Gifted, last Thursday.

Both seemed pretty neutral and looked very much professional with each other.

All in all, we really wish both Chris and Jenny best wishes in their future endeavors and we really hope that they still remain in the good terms.