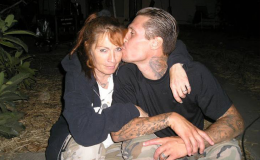 Popular American TV personality Tia Maria Torres is best known for her role in "Pit Bulls & Parolees" which is a famous reality series on Animal Planet.

"From dogs to livestock to exotic animals, I think I’ve had the honor to meet a good majority of the Animal Kingdom. Everything I know today, I learned from these “creatures” and I feel so fortunate that I have been able to share a life with them."

"Although my world is a tough one to endure, to be able to wake up in the morning, knowing how much of an impact I will make on their lives but on mine as well., makes the struggles worth it. I am a better person because of the animals in my life. Without them, I am nobody."

She runs the show and it's the United States Largest Pit bull animal shelter. Her love for animals is not a mystery to the world but what about the real love of her life? Well, it's not a mystery too!

She was a happily married woman. Her husband is Aren Marcus Jackson, and the couple was living a blissful family life until her husband, Aren was arrested for property theft and several other reasons in 2007.

Is he still in prison? Was he sent to prison over false accusation? Are they still together or already separated with a divorce? Let's know all the facts in brief.

By the summer of 2007, Aren was living a happy life with his wife, Tia Torress in Agua Dulce, California. 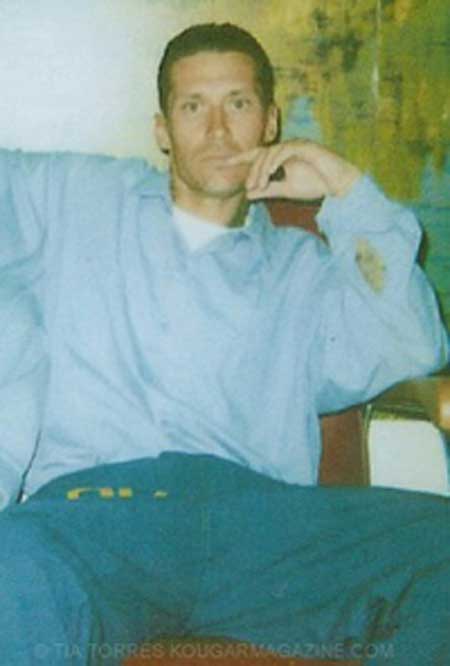 But in August 2007, the worst thing happened to this happy family as Aren Marcus got arrested by a Country Detective addressed Agent Dorsey suspecting Aren for his involvement in an auto break-in the Santa Clarita and Antelope valleys in 2007.

The private asset was stolen from the car, and somebody tried to access the stolen credit card. Agent Dorsey admitted that the man in the video footage was none other than A.J.

With all the evidence, he was arrested in 2007 and is still in prison. However, Torres still defends him and often releases the statement of her partner not being guilty and was falsely accused.

Well, is the couple still together despite major incidents? Let's get the fact!

Married Life Of Tia Maria Torres And Aren Marcus Jackson: Are They Still Together Or Divorced?

We can not say that Tia and Aren live a fairy tale life without any problems as there are still complications, but the one thing that will never change is the love and support that they had for one another in past.

Everything was going on smoothly until Aren was arrested in the year 2007 for property theft. He is currently serving a 15 years sentence in California. 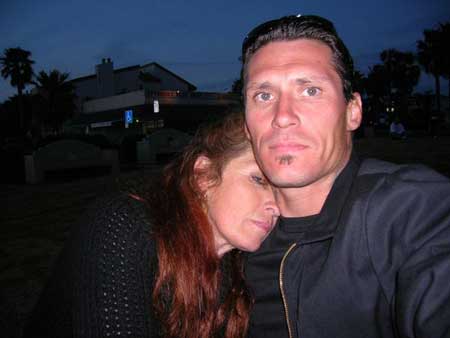 Tia Torres and her husband Aren.
Source: My Space

Despite immense love and care, the couple has gone through adamant situations.

Recommended: Life Below Zero star Sue Aikens is living all alone after two of her husbands died and the other left her. Know about her failed Married life and Children

Everyone thought that the pair is still together but one of the posts on 'Tia Maria Torres of Pit Bulls & Parolees' Facebook page, it clearly states that they have already been separated with an official divorce.

She what she wrote:

"Speaking of Mr. Jackson who only appeared in one and a half episodes, 10 years ago. Everyone wants that fairytale happy ending. And despite that fact that I have not mentioned his name NOT ONCE for the past 10 years, according to the lovestruck experts on some of these websites who want so badly for "Tia to be in love"...SURPRISE! I've been divorced for years. I'm thinking that maybe now I need my own spin-off now...Date My Dog...if you can get past Lucky....you might have a chance."

Well, it is a piece of shocking news for Torres' fans.

Tia Torres is not single. She is still married to her beau Aren Marcus Jackson. The duo tied a knot in early 2006 after dating a couple of years. They are united as a life partner for over a decade now. The Southern California native is living a sound life with all of her children and partner.

Even though, there's a speculation in between the 2010s that the lovers aren't together anymore. But, most of the genuine news agencies claim they are relishing each other's company. Their bond is as strong as they had in the beginning.

The Ex-Couple Is Proud Parents Of Four Adorable Children

Tia Torres and Aren Marcus share four children out of which two are adopted. She welcomed her daughter, Tania Torres from her previous relationship with a late gang banger boyfriend.

Their biological daughter, Mariah Torres shared a healthy relationship with their adopted brothers, Kanani Chock and Keli'i Chock. The two bikers also paint and have an interest in music.

You May Also Like: Gold Rush star Tony Beets' Married life with Wife Minnie Beets, also know about his Career and Net worth here

Tania is also a keen animal lover. She tours the world as an animal trainer, especially for movie productions. While her sister is a public speaker' She also took part in many beauty pageant shows. She holds a degree in criminal psychology and has a keen interest in fashion designing. 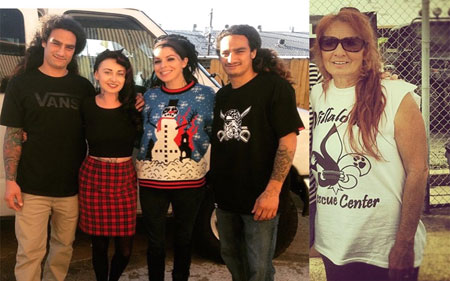 Tia's kids provide help and support to her work, Her Hawaiian twin's sons provide comic relief for shows and deal with most difficult dogs. Likewise, her daughter also shows their effort in production along with crew members.

How They First Met?

The love affair of Tia and Aren Marcus started during the 1980s when she was tracking the owner of a lost dog.

It was very difficult so she used the inmate locator as the only option. The only clue she could find was that the owner was in California penitentiary. 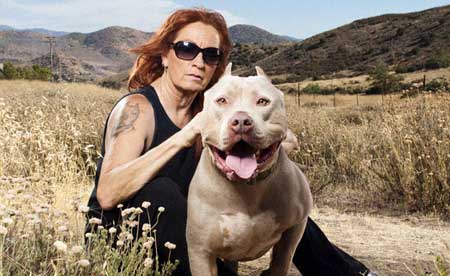 As you are expecting, the owner was none other than her future husband Aren. Soon after their encounter, they started writing letters and became good friends.

Though Aren had a bad reputation as he was imprisoned for several times for property theft, Tia could not stop herself from loving him.

Later after 2006, despite several obstacles, the duo got married.

At the early age of 17, Tia showed courage to leave her home with her pets including two horses of Arabian origin, an Angora goat, and a dog.

She suffered a lot to keep all the animals easygoing. Tia fought her best to protect animals and prove that they are gentle and lovely.

She worked with many organizations like  "The Pit Bull Support Group", "Villalobos Rescue Center", etc. which provide help, training classes, and everything concerned with Pit Bull.

See what she says about her love for animals of all kind:

Tia's work with 'Pit Bulls and Parolees' dragged the attention of a renowned magazine in Los Angeles and she was introduced as 'Most Important People'.

The program on The Animal Planet became really very famous that donations and adoptions of dogs increased drastically.

Tia's work of rescuing dogs across the country and providing them a good shelter is really praiseworthy. We are very pleased to see such a kind-hearted lady with an immense love for animals.

Recently, she announced via her Facebook page that she's attending a fundraising event for Speranza Animal Rescue as a guest speaker on 8 September 2018.

The program is presented by Dillsburg Vet Center. 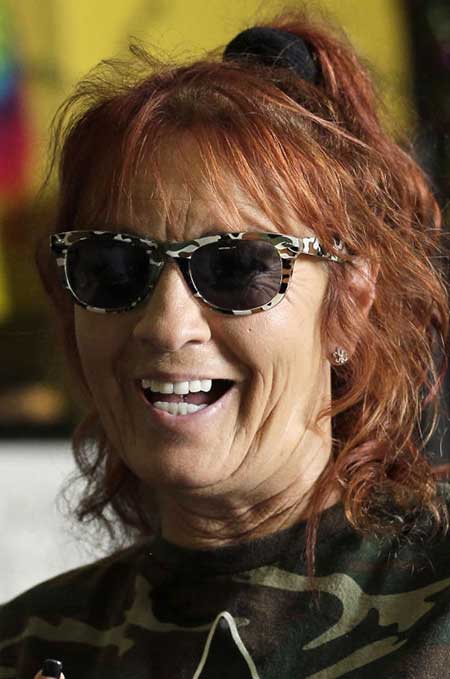