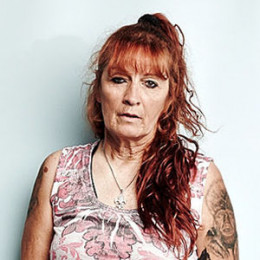 Animal lover, Tia is an American popular personality best known for hosting ''Pit Bulls & Parolees after Show.'' She left home at the age of 17, taking multiple pets with her. She runs the Villa-Lobos, Village of Wolves and Rescue Center in New Orleans, LA. She along with her husband, Aren Marcus Jackson is working for the welfare of the animals.

Tia Torres was born on 11th June 1960 in Southern California. Miss Tia and mom are her nicknames. Her family along with her mother, father, and brother were murdered, so she was raised by her stepmother.

Her childhood was relatively tumultuous as her stepmother tried to raise her in spite of physical and financial problems. Tia always had a wish to live with her own family.

From the early age, she used to care for street dogs and cats. Torres left home at the age of 17 and moved place to place to support pets.

Before starting her career, she worked as a truck driver and served in US army as well. Tia was appointed as youth gang counselor after leaving the army. During this phase, the job took her to the housing projects and drug houses.

Her career began from a rescue of a dog named, Tanaka. Later she worked for the ''Pit Bulls & Parolees after Show'' and primarily established the rescue centers.

Torres started her relationship with Aren Marcus Jackson. They began dating in 1980. During their affair, Aren was arrested for the accusation of 11 felonies, including second-degree burglary of a vehicle, grand theft, unlawful taking of a vehicle, receiving stolen property and others.

The couple got married in 2006 after Aren released from prison. Both were happy with their married life. Jackson was sent to prison again for the same case in 2007.

Torres' husband has been arrested many times in the accusation of various crimes like- theft, shooting at police, trying to escape from the police car. They are still successful in maintaining their relations despite several obstacles.

She mentioned via her Facebook page that she's been divorced her husband since many years. She's living a single life with her children.

Tia is the founder and owner of Village of Wolves and Rescue Center. Villalobos Rescue Center is one of the arising rescue centers in California and contains approximately 150-200 dogs. The animal rescue specialist has the net worth of $300 thousand.

Mariah is born on 6th September 1991. She is also the animal lover as her mother.

Tania Torrent was born on 5th August 1994 and worked as an animal trainer for movies and television.