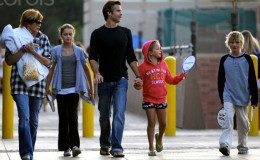 An American actor 'Timothy Olyphant' is a married man. She tied a knot with her wife 'Alexis Knief' 25 years ago. Now they are living their blissful married life with three children's.

The supremely talented Timothy Olyphant is an American actor and producer. He is best known for his breakthrough performance in Drama series Justified’.

His extremely charming looks and brilliant performance for every character makes him one of the most sought after actors in the Hollywood.

Most of you might not know this but he's married to his gorgeous wife ‘Alexis Knief’  for 25 long years and the couple is still together and cheering each moment. Let’s find out more about his married life and about his children.

Their love story is not less than any romantic movies. To break the ice, his wife Alexis was his college sweetheart.

The duo had their first encounter in 1990 at college. At first, they were very good friends but slowly they realized that their relationship is more than friendship. 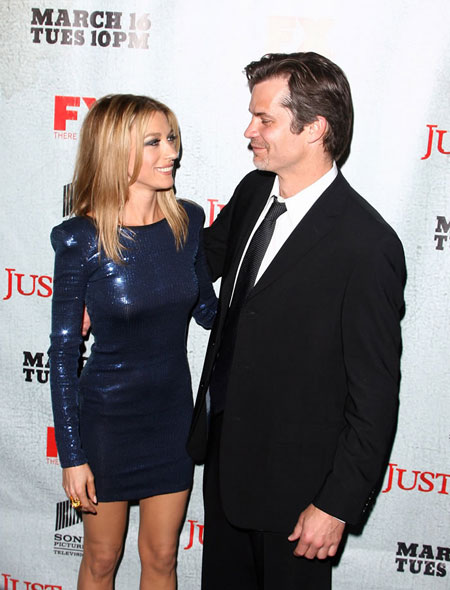 After dating for a year, the couple exchanged vows in July 1991. As per source, their wedding was small but lavishing where close friends and families were invited.

In an interview with ‘Womenshealthmag’ on 2011, Timothy revealed the secret behind their successful married life.

He stated, “You have to be with the right person, and you both have to be willing to do the work, day in and day out, to make it happen.” 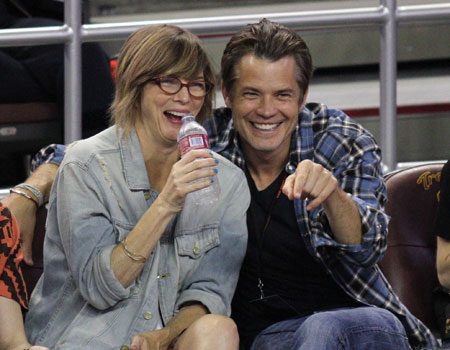 Currently, the happy family of five is living in Westwood, Los Angeles.

In 1999, the duo welcomed their first child, ‘Grace Katherine’ who is an extremely adorable daughter. The couple was again blessed with a son named ‘Henry’ in 2001. 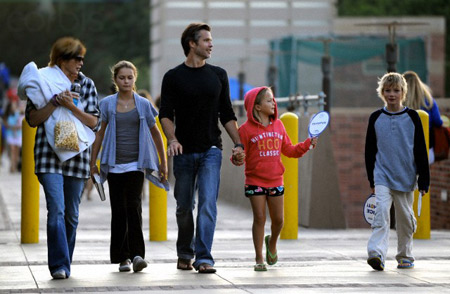 Timothy with his wife and children taking a stroll, Source: Pinterest

Their family was completed when a little baby girl ‘Vivian’ (2003) arrived in their family. Now, they are proud parents of three children.

Timothy cracked Jokes about his children on Ellen Show

Timothy is one of the funniest man, who loved to crack jokes on several things. In 2014, Timothy was invited as a guest by Ellen Degeneres to her show ‘The Ellen Show’.

In that show he stated as ‘3 children may be too many" he also mentioned his dogs and the two Shiloh Shepherds.

As you may all know in 2011, he was nominated in Emmy awards for ‘Outstanding Lead Actor in a Drama Series.’ However, he doesn’t win the award.

But Timothy is not the only one with humor. He said in ‘Conan’ that he had prepared a strong Emmy acceptance speech backing his wife's idea. His wife had given him the idea to accept the award saying:

“I was going to look at [the trophy] and then look out at my wife of twenty years and say, ‘Well, honey, this is it. I’m finally leaving you.”

Timothy and Alexis definitely give major relationship goals and we wish, they continue to inspire us as they do now.

For more gossips and news about for favorite celebrity, keep following us!