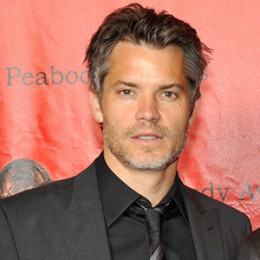 Timothy Olyphant is an actor and producer. His parents are J.V. Bevan Olyphant and Katherine. His father is a vice president of production at Gallo Winery. His parents divorced when Olyphant was in teenage. Timothy was often cast in the supporting role of charismatic villains, most notably in Scream 2. Timothy Olyphant gained the attention of a wider audience with his portrayal of' Sheriff Seth Bullock' in HBO's western Deadwood.

Timothy Olyphant was born on 20 May 1968 in Honolulu, Hawaii to Katherine Olyphant and John Vernon Bevan Olyphant.

He is the descendant of the Vanderbilt family of New York.

He started acting career in 1995 Off-Broadway theater in The Monogamist.

He is notable for his role in Scream 2, A Man Apart, The Girl Next Door and Go.

Olyphant's net worth is estimated to be $20 million as of January 2019.

Timothy Olyphant is a married person. The name of his wife is Alexis Knief. She is an actress. This couple got married in 1991.

The name of his wife is Alexis Knief . She is an actress.This couple got married on 1991. This couple has three children

The name of his first daughter is Grace ,she was born in 1999.

His third child is a daughter named Vivian,she was born 2003.