Tina Turner's Husbands and Kids: Everything to Know Here 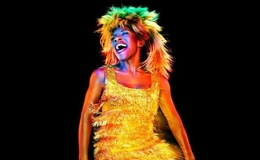 Inside Tina Turner's married life: The retired Swiss singer is a doting mother of four and has been married twice: Learn the complete story here!

A long-retired singer now, Tina Turner, is still a go-to name when one wants to bop to a rock n roll song. Rightly regarded as the Queen of Rock 'n' Roll,' Turner's decades-long trailblazing career started with her ex-husband Ike Turner- together, the husband and wife musical duo had built a burgeoning career early in their stint. The pair's hitmakers A Fool In Love, It's Gonna Work Out Fine, I Idolize You, and Tra La La La La catapulted the team of two to the highest pitch of stardom until Turner decided to walk out of the partnership and start afresh.

Born Anna Mae Bullock on November 26, 1939, in Brownsville, Tennessee. The legendary singer's life is often explored in two parts- one, as Anna Mae, who grew up in a poverty-ridden and dysfunctional household and hustled endlessly to find her place in the world. Second, the chart-topping artist Tina Turner, who would carve her name in the music industry as one of the most prominent artists. "I'm Anna Mae, and I'm also Tina. They're two sides of my personality, two facets of my life," says the 12 Grammy winner.

In a Zürich-held concert in 2000, the legendary singer announced she would retire after completing her final tour, Tina!: 50th Anniversary Tour, which ended in 2009. Turner's walk away from her singing career was a slow and lurking process, not that she has completely disappeared from the public eye. Since biding the world an emotional goodbye, the Grammy winner has dabbled in other fields, like writing, and has largely resorted to the comforts of her idyllic home in Zürich with her husband, Erwin Bach. 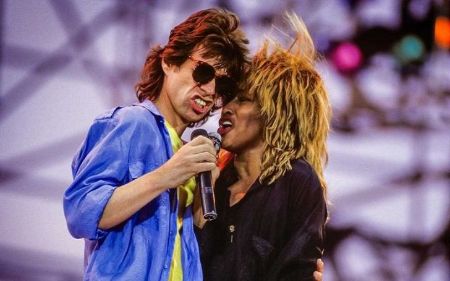 A few have been as lucky as Turner in their romantic pursuit. The Love Explosion crooner recalls falling head over heels for Erwin at the first instant. "He was really so good-looking. My heart [was beating fast] and it means that a soul has met, and my hands were shaking," Turner says while recounting her first meeting with Bach, who is 16 years younger than the singer. Turner's intense attraction toward Bach dawned on the singer as a sign to move on from her horrible past and venture into an exciting possibility.

Bach, a German music executive, was sent to receive the superstar at Düsseldorf Airport in the 1980s, and it was the start of a beautiful friendship that would soon turn romantic. The twosome started dating sooner than expected, and around Tina's 50th birthday in 1989, Bach proposed to the singer. Still despondent of marriage because of her first failed marriage, Tina took decades to say yes to Bach. "I said, 'I don't have an answer. It wasn't yes; it wasn't no," Tina recalls. 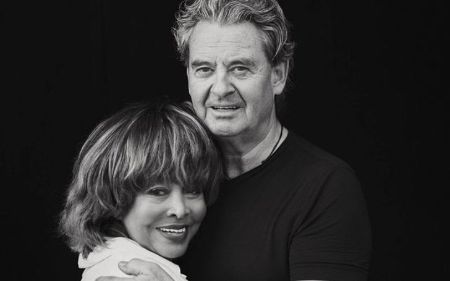 Turner and Bach were together for nearly thirty years before finally tying the knot in 2013. SOURCE: Instagram

Deciding to take things slowly. Tina moved in with Bach in Zurich in 1995 and became a Swiss citizen in 2013. After spending more than thirty years with Bach, Turner realized they were the endgame, and with her retirement and more leisure time at hand, it was the perfect timing. "There comes a time in life where you must put things in place," Turner said after marrying Bach at a civil ceremony in July 2013. The pair have since endured a slew of downs, including Tina's health scare, but have stuck together through the ups and downs.

Turner suffered a stroke weeks after her wedding and was diagnosed with intestinal cancer in 2016. In her memoir, My Love Story, the Grammy-winning singer even contemplated assisted suicide while undergoing gruesome medications. Turner was given a second chance at life when Bach gave one of his kidneys to his wife. "He said he didn't want another woman, or another life. Then he shocked me. He said he wanted to give me one of his kidneys," Tina writes in the book.

The Brownsville-born singer's career and the love story has since been adapted into movies and jukebox musical. The legendary singer herself has shared plenty in her memoirs, including her last released pictorial autobiography, Tina Turner: That's My Life and Happiness Becomes You, where the singer dwells on everything from her early start in destitute, gradual climb up, a battered marriage, a renewed faith with Buddhism, and her love story with Erwin.

Tina's relationship with her first husband, Ike Turner, with whom she rose to fame and went on to have two sons, was abusive and fear-driven from the start, but the Typical Male hitmaker was reluctant to let go of her dominant husband because she cared for him. Tina and Ike's relationship started as a platonic thing in 1957, and as time went on, the musical duo got romantic. The singer says she felt indebted to the late musician because he had micromanaged the singer all her life. 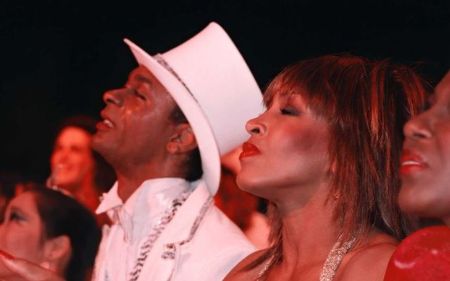 Ika discovered Tina, who then went by Anna, as a teenager. The late musician rechristened her as Tina; together, the pair crusaded to rule the rock n roll industry. Despite bearing constant abuses from Ike and more when she tried to confront him, Tina helplessly married her musical partner in 1962. While masquerading as the perfect husband-wife superstar, Turner's marriage hid a dark truth. "I wanted to stop people from thinking that Ike & Tina was so positive, that we were such a great team," Tina says years after her divorce from Ike.

Tina's memoir I: Tina and the biographical film What's Love Got to Do With It sum up her marriage with Ike- of how she was controlled by a cocaine-addicted husband, who would frequently inflict pain on her and their children. After finalizing her divorce from Ike in 1978, Tina was left almost penniless, but she boomed back even greater in her solo endeavor. Although Tina's conversion to Buddhism helped her heal from the decades-long pain, the singer says she is still haunted by the abusive period.

The three-time Grammy Hall of Fame inductee is a doting mother of four, two biological and two adopted sons of Ike. The singer's youngest, Ronnie Turner, 62, died on December 8 after a prolonged health crisis. "Ronnie, you left the world far too early. In sorrow, I close my eyes and think of you, my beloved son," Tina wrote. Ronnie was Tina's one of the two sons with Ike. Ronnie is also survived by his French singer wife, Afida Turner. 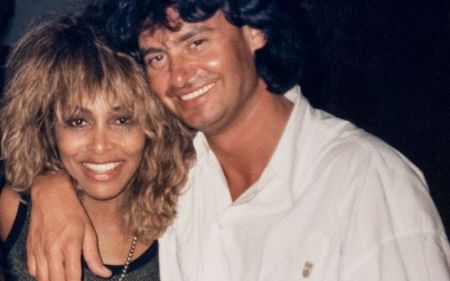 Tina's firstborn, Craig Raymond Turner, was born when the singer was only 18. Craig's father was Raymond Hill, who was in Ike & Tina Turner's band as a saxophone player. Unlike his musical parents, Craig steered away from music all his life and the limelight that came with being the son of the legendary singer. He died by suicide at the age of 59 in July 2019. "I think Craig was lonely; that’s what I think really got him more than anything else," Tina said after her son's death.

Ike Turner Jr. and Michael Turner are Ike's sons from his marriage with Lorraine Taylor. The late musician had four more sons from different relationships, but Tina adopted the two. Turner Jr., 63, has followed in his parent's footsteps. He won a Grammy for producing his father's album Risin’ With The Blues. Ike alleges he has a strained relationship with Tina. "I haven't talked to my mother since God knows when – probably around 2000," the singer claimed. Tina's other adopted son, Michael, 61, has largely kept away from the spotlight.