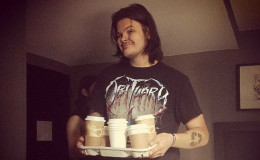 American actor Travis Bacon is the elder son of Kelvin Bacon and Kyra Sedgwick. He commenced his career back in the year 2005 and is on the way to embrace his career.

American actor Travis Bacon is best known for his role in the 2005 movie Loverboy. Though he came to prominence due to his parents he's literally trying his best to build up his career.

So, today let us discuss his personal affairs; including his dating life and career.

Travis Bacon is the elder son of the living legend Kelvin Bacon and Kyra Sedgwick.

Though he is popularly known as the son of popular Hollywood personalities he has made his best attempt in maintaining his professional life in the past years.

Travis with his father together in the premiere of Cop Car, Source: Vulture

He's actually very confident in his personal life and less interactive in mass. As being in a relationship is not just everything in life, he's most probably making attempt to prove himself in his profession.

Travis in a vacation with his family in Hawai on 2 January 2012, Source: Daily Mail

Yes, he was in a relationship in past in the year 2013 as he changed his status 'In a Relationship' back on 1st September 2013 on his Facebook account. The identity of the lucky girl is still in mystery.

He ended his relationship with the very lady in 2014 with no news flashed in public.

The starlet initiated his career in the year 2005 working in a movie named Loverboy. The movie was made under the direction and production of his father Kelvin Bacon.

Well, we can say that it was an attempt of a father to uplift the career of a son.

He also is a member of a rock-punk-funk band called Idiot Box. He currently resides in Brooklyn, New York and works as te head engineer and owner of Broken Box Recording Company.