Home Article Producer And Actor Charles Pol Recently Got Engaged!!! Who Is His Fiance?

Producer And Actor Charles Pol Recently Got Engaged!!! Who Is His Fiance? 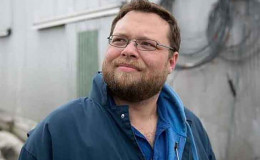 "Treating all animals with dignity, respect, and care is an essential part of a spiritual lifestyle." Charles Pol loves helping his father Dr. Jan-Harm Pol; the star of The Incredible Dr. Pol show on Nat Geo Wild at the clinic and farm calls. He cares for a wide array of pets and farm animals. Apart from being the co-executive producer of the widely popular show, he has moved on the way slightly different from his father's footsteps.

Along with a successful career, he also lives a blissful personal life. He recently got engaged to his longtime girlfriend. Who is his fiance? Is the couple getting married soon? We have all the details here.

Co-executive producer of The Incredible Dr. Pol Charles Pol is the only son of Dr. Jan-Harm Pol. Though he helped his father on the farm since his childhood days, he was free to pursue a career he would love.

Though he tried in a slightly different sector and worked with late Sydney Pollack, he has an important contribution in the family reality show business in rural Weidman, Michigan. 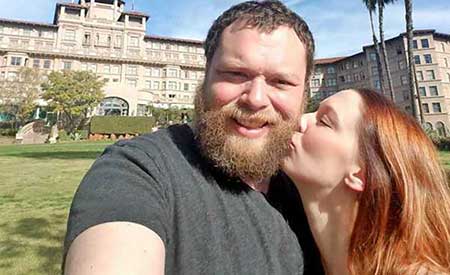 His father Jan and mother Diane have been living together as husband and wife for more than 50 years. The amazing couple celebrated their 51st wedding anniversary on 12th August 2018. They looked beautiful together dressed as a groom and bride all again.

While talking about their wonderful bonding, the dating life of Charles also comes on the way. Jan and his wife are much open about their conjugal life but their son is relatively secretive about his romantic life.

He's fully intended to hide things from the fans and media, however, multiple sources reported that he's engaged to his longtime girlfriend Beth Oaks earlier in 2018.

Though he's revealed much information about his fiance, we are pretty sure that the two are going so strong in their relationship and soon getting married in days to some.

Without a delay let's congratulate the couple for their engagement and wish them all the very best for a wonderful future together.

Charles and his soulmate Beth finally tied the knot after a year being engaged. The lovebirds married on 19 January 2019 in North Carolina. It was an awesome occasion for the Pol family that saw Charles talk about his dress code for the first time.

The lawfully wedded husband and wife celebrated their one year of togetherness.

Pol is widely popular among his fans being the co-executive producer of the show entitled 'The Incredible Dr. Pol' on Nat Geo Wild. The show which premiered in 2011 has two seasons every year.

Dutch-American veterinarian Jan Pol and his family members along with other employees are working in raring and caring a wide variety of pets and farm animals for more than 25 years.

Dr. Pol and family arrived in the Netherlands today!  His exclusive theatre tour starts Wed. 9/5. Limited tickets are still available in a few cities: Leeuwarden, Rotterdam, Zwolle and Groningen. Tickets: https://t.co/plzCJy1rGj. We hope to see you at one of the shows! pic.twitter.com/EHfWAxg003

He didn't want to follow the footstep of his father so, he studied motion pictures. Later, he moved to Los Angeles to follow a career in entertainment and acting.

Let’s give it up for all the incredible dad’s out there (Even the ones that drive too fast)  Happy #FathersDay! pic.twitter.com/E9w6WewlQG

He was also an intern at famous production companies like Mirage Enterprises and Paramount Pictures. He had a chance to learn from some of the Hollywood stars including late Sydney Pollack. 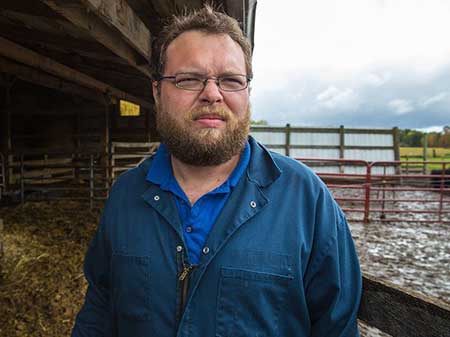