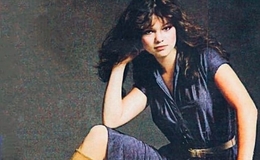 Inside the One Day at a Time actress's relationship history and married life: Valerie Bertinelli and Tom Vitale are officially divorced after being together for a decade!

Actress Valerie Bertinelli is known for her extensive and acclaimed contribution to television. She got her breakthrough early playing Barbara Cooper in the critically-acclaimed show One Day at a Time, which has a successful nine-season run on CBS. Valerie was endowed with two Golden Globes for her role in the show. With the success and acclamation received from the CBS sitcom, Bertinelli's career ensued and stayed limited to the small screen, with the actress starring in made-for-TV films and shows, including Touched by an Angel, Hot in Cleveland, and Sydney.

Valerie Anne Bertinelli, 62, is a native of Wilmington, Delaware, and is of Italian and English descent. Bertinelli's career in television, despite no connection to showbiz, kicked off in the early 1970s, and by the 80s, she was already an established television star. Bertinelli has taken her repertoire to the much-loved channel Food Network in the last decade by hosting two shows, Valerie's Home Cooking and Kids Baking Championship. Expressive expertise in cuisine comes naturally to the actress as she is a doting mother of one.

Bertinelli is single, but it might take some time before the actress is ready to put herself on the market. After a decade-long marriage with businessman Tom Vitale, the Food Network star is celebrating her divorce from To. It appears the Hot in Cleveland star had a rough time being married, as she appeared immensely relieved after the finalized divorce. Bertinelli took to her Instagram story and shared her happiness over the news. 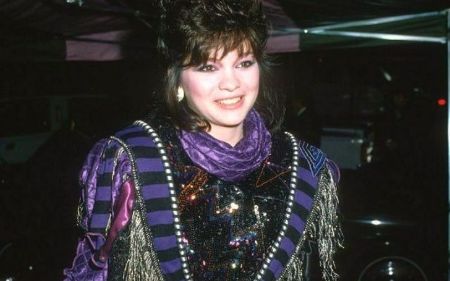 "My lawyer just calle . The papers are all signe . They're about to be filed," the actress said, adding, "On 11/22/22, I am officially f------ divorce . Happily divorce . Finall . It's finally over." If you are wondering if the estranged couple had it so bad in the recent time leading up to their divorce? No, it was all good and amicable, even when Valerie filed for divorce in May earlier this year, citing "irreconcilable differences." "We grew apart," Valerie said in her statement. She added, "I wish Tom the best and I know he feels the same way about me." 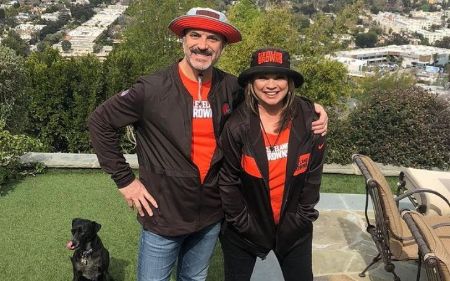 Valerie and Vitale dated for six years before tying the knot in 201  SOURCE: Instagram.

Things seemingly hit the wrong chord when the businessman legally challenged his existing prenup with Bertinelli. While filing to block the actress from seeking spousal support, Vitale also requested $50,000 in monthly spousal support and $200,000 in legal fees. "Because of the challenges that I'm going through right now, because divorce sucks," Bertinelli said during her appearance on the Today Show. She adds, "I can't imagine ever trusting anyone again to let into my life."

Bertinelli and Tom were fresh out of their first marriage when their path crossed in 2004. "We just understood each other completel . My family is her famil . It wasn't love at first sight; it was family at first sight," Vitale said while dishing on his relationship with Valerie. The pair went on to date for six years before getting engaged in March 2010 and were declared husband and wife in January 2011. 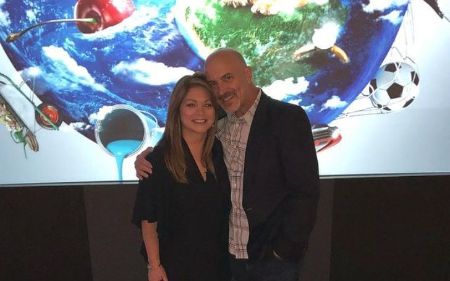 "For me, it feels sill . I'm 5 . It's not about the weddin . I just want to have a marriage," Bertinelli said. The Emmy winner revealed, "We're going to get married in Italy, just the two of us and a witness." But as all things come to an end, Valerie and Tom's relationship also reached its expiry.  The actress, however, asserted her belief in growing older with growth and not necessarily growing older together. "It's about growing older, with the emphasis on growth, learning lessons," Bertinelli said.

Bertinelli's now ex-husband, Vitale, is a financial planner, entrepreneur, and TV producer. Vitale is reportedly in a financial slump. It has gotten to the point where the businessman has taken a job in the post office, and as per the Daily Mail, he is being paid $16 an hour. Tom has been married once before and has two kids with his ex-wife.

The Hot in Cleveland actress was famously married to the late musician Eddie Van Hale. The pair were married for two decades before they went their separate ways in 2001 and finalized their divorce in 2007. Valerie remained close to Van Halen after their divorce and was by his side during his last day on earth on October 6, 2020. The pair's whirlwind relationship and hasty marriage were widely covered in the 80s. 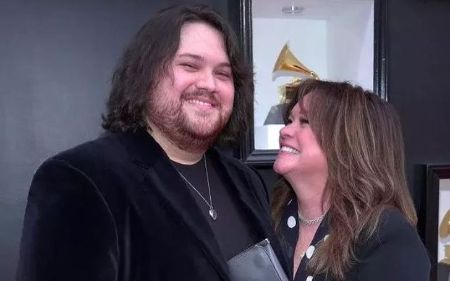 Bertinelli, unaware of Van Halen's celebrity and with the scantiest idea of the rock and heavy metal genre, joined her brother at a Van Halen concert, and it didn't take the sweet sitcom star to fall head over heels for the rockstar. "It was kind of cute to see them together— they were both clearly nervous and somewhat reticent," Halen's manager Noel E. Monk wrote in his book Running with the Devil. He adds, "This struck me as a sign of genuine chemistry."

After just a few months of dating, the unfitting couple privately tied the knot in 1981 and welcomed a son, Wolfgang Van Halen, in 1991. As the Hot in Cleveland actress describes, the two had a lot of love for each other, but they weren't good for each other. Troubles knocked on the couple's paradise soon after their marriage. Van Halen struggled with his cocaine addiction throughout their marriage, and infidelity was also a contributing factor.

Bertinelli reflects on her first marriage with the late rockstar Eddie Halen!

Bertinelli reflects on her relationship with the late rockstar in her new memoir, Enough Already: Learning to Love the Way I Am Today. The Emmy winner notes, "We weren't really good to each other at a lot of points in our lives because we met so young and were very immatur . But I'm so happy that we were able to come to a beautiful place by the end of his lif . I wish he was still here." Van died of throat cancer at 65.