Home Article Vicki Gunvalson not Marrying after her second Divorce; See her Relationship and Affairs

Vicki Gunvalson not Marrying after her second Divorce; See her Relationship and Affairs 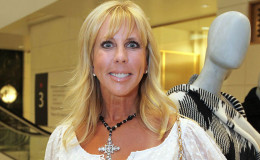 Vicki Gunvalson, the OG of the show Real Housewives of Orange County is not looking for any relationships after her tragic divorce with ex-husband Donn Gunvalson. Although the reality star dated someone after her divorce, that didn't work out either.

At one time she was trying to get back together with her former husband but he outright refused. So after all this time, is she ready for any relationship or not looking for any?

Without Vicki, the show, RHOC, wouldn't be standing as she is one of the main characters of the show. She has appeared in more than 180 episodes of the show. 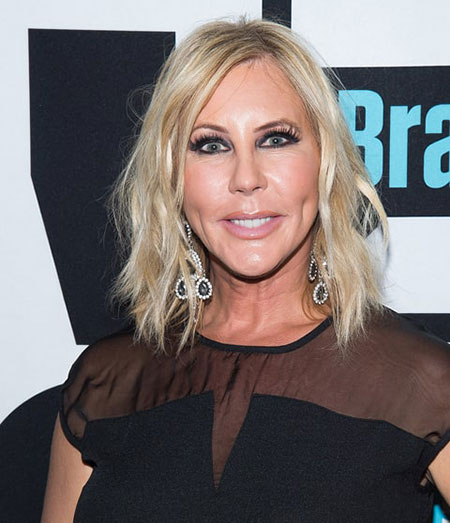 Vicki is currently single and not dating after her divorce in 2014, Source: All About the Tea

But it looks like the actress is nowadays hated by all the fans of the show purely because of her delusional attitude and not giving a crap about her co-stars. In an episode, she even stated, she wants to punish them for not being her friends.

Maybe that's the reason many fans now want her to leave the show. Talking about her personal life, the 55-years-old regrets the days she filed for divorce with her former husband.

Ever since the incident, her relationship timeline isn't that great. Last time we checked, she was dating Brooks Ayers in 2015 and we all know how it turned out.

Their relationship is still on and off, and recently she said something regarding it on Andy Cohen's show. 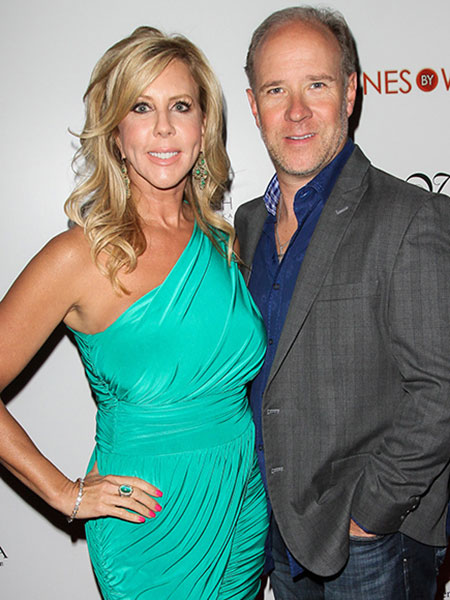 She was in a relationship with Brooks Ayers, Source: People

Ever since then, she is not in a relationship with anyone nor went out with anyone. There are not many celebs who regret divorcing their better half, but it seems Vicki doesn't' felt well after she separated from her second husband, Donn.

She tied the knot with Donn in 1994, in a private nuptials. They don't share any children but they did share a lot of properties and money between them. 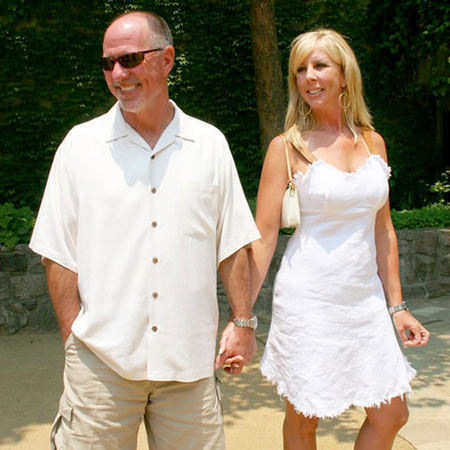 Vicki was previously married to Donn Gunvalson, Source: US Weekly

The pair filed for divorce in 2014 due to irreconcilable differences. The actress blamed her career and the show RHOC for her divorce.

Soon after her divorce, she settled for a staggering amount of nearly $1 million in assets. Donn also got around $700,000 in assets.

She was previously married to Michael J Wolfsmith, from 1982 to 1991. She is a mother of two children with him, one daughter, Briana Culberson, born 1985 and one son, Michael Wolfsmith Jr, born 1986.

@ryan_culberson has completed his time in the Marine Corps today. Thank you for your sacrifice so we can live in the land of the free! I'm so proud to call you my son in law and thank you for making my daughter so happy. You got this! You're not alone! Our family is strong! #marines #family #hero #husband #father #rhoc #realhousewives #bravo #season12

Vicki recently shared a picture of Briana's husband Ryan Culberson congratulating him on completing his military service. Looks like his daughter is luckier than her when it comes to having a good husband. 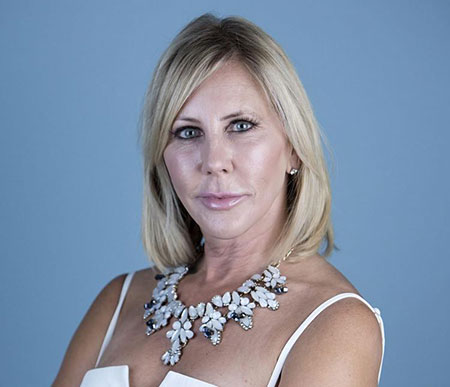