Home Article Was the American Footballer Aaron Hernandez Married; Died On April 2017, The Player Had A Daughter

Was the American Footballer Aaron Hernandez Married; Died On April 2017, The Player Had A Daughter 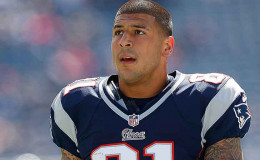 Former NFL star Aaron Hernandez had an abnormal condition that made him take his own life. He was previously sentenced to life imprisonment.

You always feel suicides to some extent is avoidable if proper attention was given prior to the event. However, it becomes increasingly difficult when the subject is alone and lonely in prison. Nobody knows what's going on the person's head and what he might do next.

Former NFL star Aaron Hernandez had an abnormal condition that made him take his own life. He was previously sentenced to life imprisonment. Let's get more details of the cause of his death, his married life and children, as well as the reasons for him ending up in prison.

Aaron Hernandez, the former tight end for New England Patriots who was a convicted murderer, committed suicide on 19th April 2017. He was 27 years old. 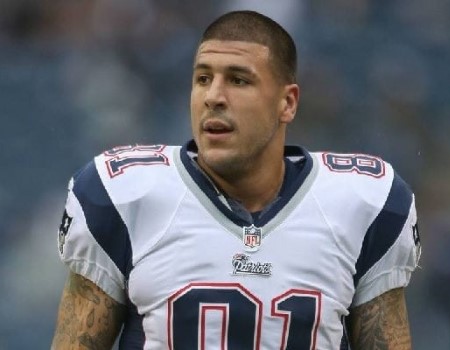 Merely five days after Hernandez was acquitted of the 2012 Boston double homicide, the former NFL star took his own life as officers found him at 3.05 a.m. hanging by his bedsheets from his window cell. He was imprisoned at the Souza-Baranowski Correctional Center in Lancaster, Massachusetts.

There was shampoo all over the floor and cardboard was under the cell making it difficult for anyone to enter. Moreover, there were drawings in blood on the walls showing an unfinished pyramid as well as the all-seeing eye of God. Underneath there was the word Illuminati written in capital letters.

While Hernandez was getting transported to UMass Memorial Hospital-Leominster, he was pronounced dead at 4.07 am.

As the post-examination results of his brain came to light, it was revealed he had a severe form of the degenerative brain disease known as C.T.E. The damage was related to players well into their 60s.

Aaron Hernandez met Shayanna Jenkins while they were kids in middle school. They grew up in a small town and lived a few blocks apart. They soon noticed each other and began dating. 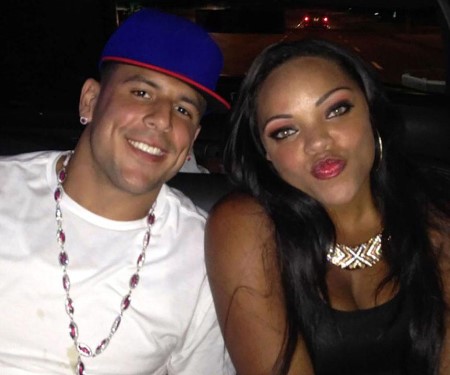 The pair graduated in 2007 from Bristol Central High School and stayed together throughout college. Later, Hernandez pursued a career in football and got recruited by the University of Florida. However, Jenkins did not leave Connecticut where she attended a community college.

In 2010, Hernandez got drafted by the Patriots and he subsequently bought a house in Massachusetts where Jenkins moved in with him. A couple of years later in 2012, Aaron purchased a $1.3 million home in North Attleboro.

See More: American Author And Journalist Tom Wolfe Died At 88-Know The Life He Lived With His Wife And Children

In 2012, Jenkins got pregnant and Hernandez proposed to his girlfriend on the day of her baby shower. Shayanna still wears her engagement ring to this day.

The couple welcomed their first and only child, a daughter named Avielle Hernandez on 6th November 2012, which also happens to be Aaron's birthday.

After welcoming his daughter, the then-NFL star seemed to want to change his bad boy persona.

Hernandez added, he was going to look at things differently since he was engaged and had a baby. Aaron claimed he couldn't be young and reckless anymore. He vowed to do the right things and become a great father to his daughter.

However, Allie could not get much of a relationship with her father due to the circumstances. During visitation hours, the mother Jenkins would bring her to see him in prison.

Shayanna Jenkins Hernandez and 4-year-old daughter Avielle step out of caravan of Mercedes-Benz and a Cadillac SUV, both dressed in black. pic.twitter.com/Jsi0KXRKWh

Moreover, Aaron's fiance brought their daughter to court when Hernandez was on trial for murder. It caused controversy and Jenkins was slammed for exposing her child to such things.

In 2018, Aaron's fiance, Shayanna revealed that she was expecting a child of 13 months. She annouced her pregnancy via her Instagram.

Many of you have had speculated that I may be expecting another miracle which is very accurate , I wanted to take time and process and post when I was ready to. I wanted to have a moment for myself alone with my daughter ... we are beyond excited about the new addition and chapter we will soon begin . I couldn’t be a luckier woman to have such a perfect little girl that’s prepared to become the best big sister , and even more blessed to welcome another babygirl to our home . BabyG we are very excited to meet you !!! Mommy and sissy will continue to wait patiently for your arrival. I thank everyone for the continued support and appreciate the respect for our privacy that has been shown .

Hernandez and Jenkins were planning a 2014 wedding but it did not materialize after he got arrested. He was taken into custody on June 26, 2013. Aaron was arrested at the couple's home in North Attleboro, Massachusetts. 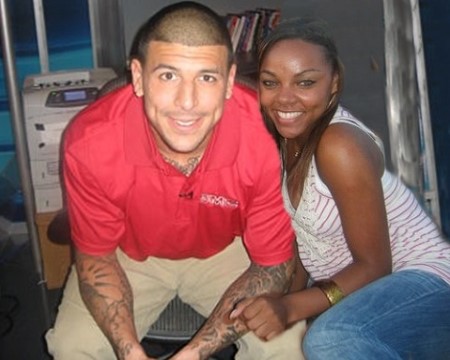 Hernandez was accused of first-degree murder of Odin Floyd after his body was found at an industrial park near Aaron's home. At the time, Lloyd was dating Jenkins' sister Shaneah Jenkins which caused a rift between them.

Also See: ''Drugs Take You To Hell Disguised As Heaven''- Five Hollywood Celebrities Who Almost Died Because of a Drug Addiction

In 2016, Jenkins legally changed her name to Hernandez despite never marrying him. She even testified in Hernandez's murder case. A year late when Hernandez took his own life, he left a suicide note to his love before committing suicide.

At the end of the note, he wrote "You're rich" which provided an indication that Hernandez knew that the Patriots would have to pay out some of his salary owed to him reported to be about $6 million.

Meanwhile, during an interview with Dr. Phil, Jenkins-Hernandez revealed she thought the news about Aaron's death was a hoax. 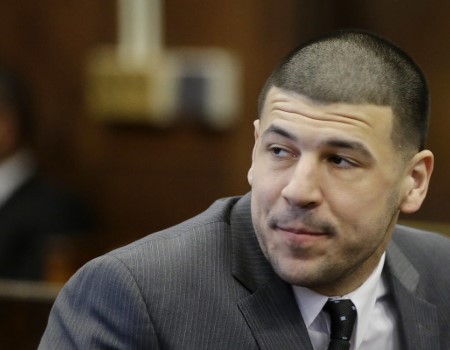