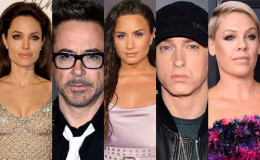 One of the hardest things about being a famous celebrity is, nothing can be hidden from the media and nothing can be private any longer. We simply assume that celebrities have it all-name, fame, money and we think they live the most happening life but the truth is different.

They are also human beings and they also go through same struggles as us. Love, relationship, family matters to them as much as it matters to us. Some celebrities, however, could not handle the pressure and finds different ways to clam them down and taking drugs is one of them.

Here's a list of top five celebs who almost died while struggling with drug addiction. Their life experience can, of course, inspire you all!

Our favorite Iron Man aka  Robert Downey Jr. is one of the highest paid actors in show business. He received huge acclamation starring in blockbuster movies like Iron Man and The Avengers.

Though he's now everyone's favorite, he was practically unhireable due to his drinking habit and drug abuse in past. The star almost fell into oblivion because of excessive use of cocaine, heroin, and alcohol addiction. 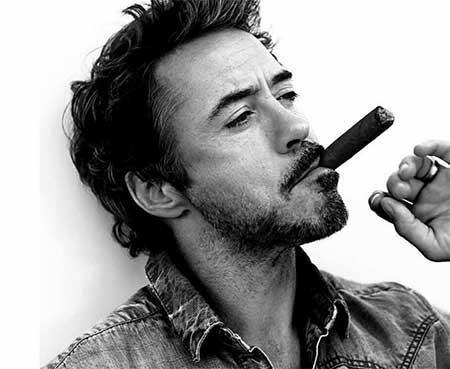 Source: Awaken The Greatness Within

Not to mention the time, the addiction landed him in prison, found in a rat-infested hotel in LA, and even raced his car down Sunset Blvd.

The star also allowed his son to try marijuana when he was just six. He credited a combination of 12-step programs including yoga, medication, and therapy that helped him being sober.

This made his comeback as one of the most impressive and inspiring stars of all time.

Demi Lovato gained wide popularity starring in the Disney Channel shows like Sonny With a Chance and Camp Rock.

She opened up about her drug addiction and her struggles with an eating disorder in her documentary named 'Simply Complicated'. 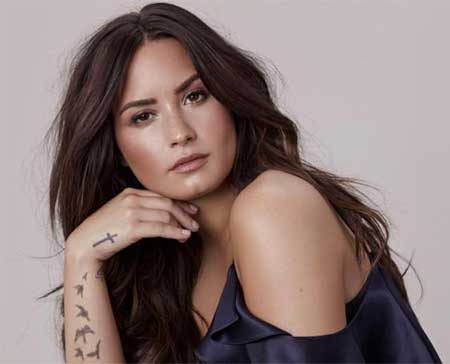 Despite being a famous face, she's always been transparent about her struggles and her personal life.

She mentioned that she was high on cocaine many times while playing in the documentary, Stay Strong. During her Disney Channel days, she was high in drugs, alcohol, and partying a lot.

"I felt out of control the first time I did it. My dad was an addict and an alcoholic. Guess I always searched for what he found in drugs and alcohol because it fulfilled him and he chose that over a family."

"I was using while I had a sober companion and I went through like 20 sober companions. I was either craving drugs or on drugs. I was not easy to work with. It’s embarrassing to look back at the person that I was."

Finally, she went to rehab in 2011 when she punched her backup dancer Alex "Shorty" Welch.

Her manager threatened her to drop the habit which finally helped her to get sober. After being sober for almost six years, Lavoto was rush to a hospital due to an alleged drug overdose on May 24, 2018.  We wish her to get the strength to overcome all her problems.

Angelina Jolie is one of the biggest Hollywood stars now but she had a very tough past life. She addressed that she tried almost all drugs in the 90s including LSD, cocaine, and heroin. 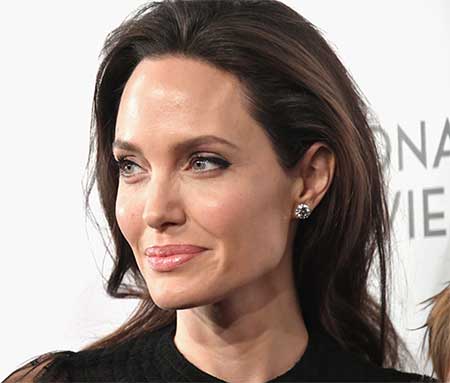 "I sold her heroin and cocaine Opens a New Window. . One day she called me up and wanted me to drop by her place. That was her way of felling me she wanted me to bring her drugs. A the time, I had just bought a video camera and decided to bring it along."

"When I arrived, I gave her the drugs and then she gave me some money. Her face looked gaunt and she had needle marks all over her arms!"

She was just 20 when she went into depression and became a victim of drug addiction. With three broken marriages with Brad Pitt, Jonny Lee Miller, and Billy Bob Thornton, the mother-of-six has done quite a bit of healing since then.

She is now an effective humanitarian and philanthropist.

Alecia Beth Moore aka 'Pink' the most popular American singer, songwriter, and actress also had some drugs issues in past. The mom-of-two suffered from the drug overdose in 1995.

Pink and her childhood best friend Stacey Coffey shared a lot of clubbing and getting high that led both to overdose. She was lucky but her bestie was not that fortunate as she lost her life in 2010. 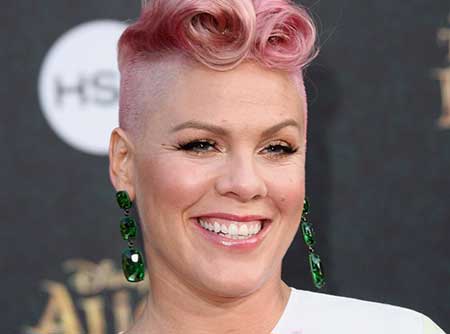 "Heroin is a horrible thing. I’ve seen first-hand what it can do to people and it’s not pretty. I was never that much into it to need treatment. But if you’re talking about drugs – you name it, I took it. I buried three friends from heroin overdoses."

She wrote and released a song entitled 'Sober' in 2008 where she explained her journey of being sober.

Marshall Bruce Mathers III aka Eminem is the best selling artist of the 2000s in the US.

He came clean with the struggles and addiction in 2010 when he released his album 'Recovery'. He is also quite open about his alcohol addiction in past. 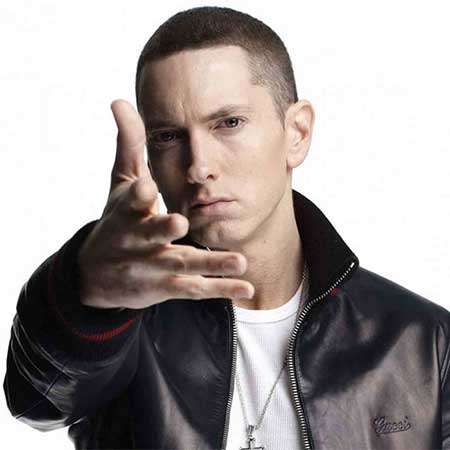 The 45-year-old rapper celebrated 10 years of sobriety and shared the pride moment via Instagram. His fans rushed to congratulate and sent their good wishes to the star.

"I overdosed on pills, and I went into the hospital. I was close to 230 pounds. I'm not sure how I got so big, but I have ideas. The coating on the Vicodin and the Valium I'd been taking for years leaves a hole in your stomach, so to avoid a stomach ache, I was constantly eating — and eating badly."

"When I got out of rehab, I needed to lose weight, but I also needed to figure out a way to function sober. Unless I was blitzed out of my mind, I had trouble sleeping. So I started running. It gave me a natural endorphin high, but it also helped me sleep, so it was perfect."

He experienced a near-death scenario from an accidental drug overdose back in 2007. His addiction was so bad that he took 20 pills a day.

Besides daily exercise, he credited his kids who helped him to stay sober. He celebrated the landmark being sober for a decade.

He proudly displayed a medallion he received for achieving the great success via Instagram. The middle of the token featured a small 'X' surrounded by three words 'Unity', 'Service', and 'Recovery'.

Let's cheer up all the stars and everyone who have been recovered from the drug and alcohol addiction and help others who are trying their best to gain sobriety!