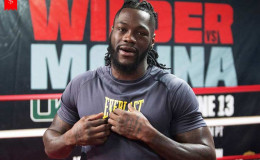 WBC heavyweight titleholder Deontay Wilder is one of the highest-earning boxers; who enjoys a luxurious lifestyle. He owns dozen high-end automobiles and earns $1.4 million annually from his boxing bouts.

Deontay Wilder is a WBC heavyweight title since 2015 and a prolific boxer. Nicknamed as "the Bronze Bomber"; Wilder is known for finishing his bouts via knockouts. His knockout-to-win ratio stands at 98%. Recently, Wilder is in the news for being offered around $50 million for the fight with English boxer Anthony Joshua for the title unification.

Wilder is regarded as the world's second-best active heavyweight boxer. In his prolific career, he has fetched millions of dollars from prize money and endorsements.

Let's get further details about the lifestyle and net worth of this prolific boxing sensation, that has rocked the boxing world.

What Is The Total Net Worth Of Deontay Wilder?

The total net worth of boxer Deontay Wilder is estimated to be around $16 million. He accumulated such wealth from his boxing career, properties, brand endorsements, public appearances, signings, merchandise sales, etc. 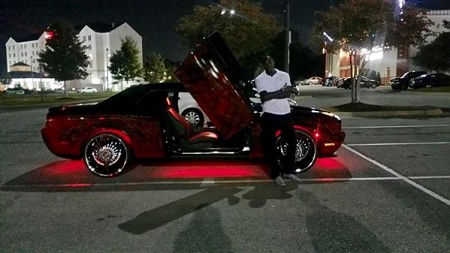 Wilder is considered as one of the highest-earning heavy-weight boxers in 2018; as he was paid handsomely not only for his fights but also for endorsing products.

Had he not turned down £3m to fight Dillian Whyte, his net worth would have been more than $16 million.

How Much Salary Does He Make From His Boxing Career?

From his boxing career only, Wilder earns around $1.4 million annually. In 2018, he earned about $2.1 million by defeating Luis Ortiz for Showtime Boxing main event.

While Ortiz earned $500,000 for the same fight. Wilder would have made $4.5 million for a 2016 fight against Alexander Povetkin, but the fight was canceled as Povetkin failed the drug test.

Wilder was awarded $1.4 million and Stiverne earned $506,250: at the conclusion of their fight. He earned $1.5 million from his January fight against Artur Szpilka in Brooklyn, N.Y.

Here is the link to his bout against Luis Ortiz that earned him $1.4 million.

Details Of Lifestyle And Property Of Deontay Wilder

As per the report, Deontay Wilder owns a house in Tuscaloosa, Alabama, the USA. He enjoys a luxurious lifestyle; with all the glitterati that his wealth can afford. Being one of the wealthiest professional boxers in America, his enjoys a royal lifestyle.

He owns dozens of vehicles from multi-national brands such as Mercedez Benz, Rolls Royce, Ford, Toyota, Chevrolet, and Infiniti. He also owns a Lamborghini with Gator-skin design worth $550K. 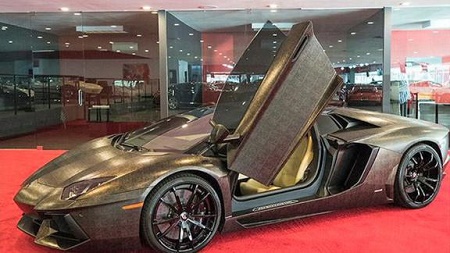 He likes to wear expensive designer clothes, shoes and boxing gears. It is rumored that he has separate rooms to store his gears, shoes, clothes, perfumes and other essentials.

He also enjoys the vacations to various top destinations like Miami, Maui and other countries with his family members. 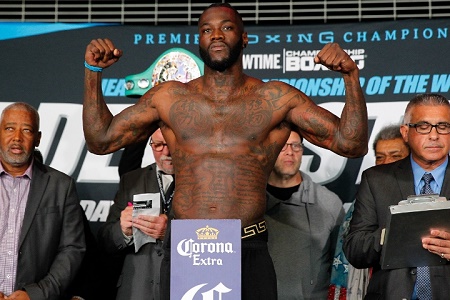