What Happened To Congressman Matt Gaetz & His 21 Year Old Girlfriend? 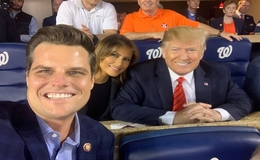 Republican Congressman rep. Matt Gaetz made a big fuss when reports made revelations that he was romantically involved with a then 21 years old college student when he was in his mid-thirties. When criticized and labeled as a pedo, Gaetz couldn't be bothered to blatantly respond that he is no monk but a Congressman.

On the other side, it's not even been a year since the information was leaked to the public, as wrote by the San Francisco based-magazine called Mother Jones. What even more shocking regarding the news was that the young woman, the Florida representative dated later went to apply for an internship at the opposite party of Matt Gaetz.

Soon after the controversial information was publicized, it was known that Gaetz who is believed to have been 35 at the time he dated the 21 years, the graduate of Wiliam & Mary Law School pleaded the outlet to keep the identity of his ex-girlfriend a secret. Mr. Gaetz, however, isn't married yet, as of Jan. 2010. 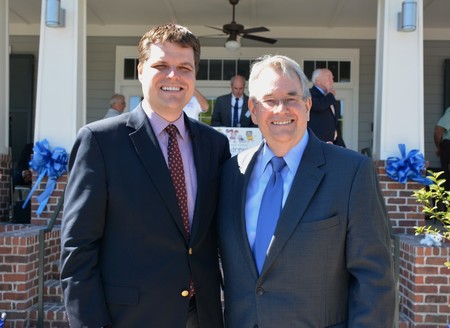 What more, as per the provided information, the attorney even emailed the outlet to ask the girl to erase all the history of the pictures posted with him from her Instagram. Not to mention, it was later found out that the mysterious woman even had shared smoking weed and sexually explicit snaps of herself on the photo-sharing application.

Information as revealed by the article writer, Stephanie Mencimer suggested that he told them that "identifying puts them at risk". This obviously put Gaetz's image at risk and losing supporters from the Conservative, which clearly explains why he composed the urges.

Besides, the famous statement on his stance for his affair with the democrat intern is still remembered when he replied to being he was a Congressman and not a monk. Additionally, within a month since the news surfaced, the alum of Florida State University made another controversial tweet that attracted criticism.

Gaetz Retweet Bebe Rexha: 'No Age You Can't Be Sexy'

On 12the August 2019, pop singer Bebe Rexha tweeted stating "There's no age you can't be be sexy", right after sharing a skimpy picture of herself in only bra and panties. Bebe's tweet was a response to one of the male music executives who thought the singer was too old for her brand at 29.

And, one of the responses included frmo Gaetz who quoted the tweet writing: "I say we change Florida's welcome sign to this." Of course, people were quick to correlate his tweet with his situation with the 21 years old college girl he dated.

Among them, one wrote it was the motto used by Jeffrey Epstein and suggested Gaetz who has been Florida's Congressman since 2017 to use the same motto. Epstein committed suicide in August 2019 after facing an accusation of trafficking underage girls into prostitution.

Meanwhile, the son of fellow politician Don Gaetz and his wife, Victoria Gaetz, lost followers on Twitter from having over 900k+ followers to 300k+ followers within 24 hours for voting the War Power Resolution amidst the Iran VS USA war.

Don't forget to keep in touch with Marriedwiki.com for more Stories and Biographies.