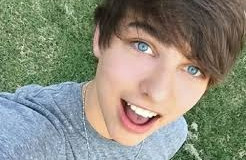 We all know the social media personality Colby Brock who has uploaded many videos in social media and has become very popular where he used to do a video with his close friend and the Vine Star named Sam Goldbach. Today in this section we are talking about the personal lives of the Colby Brock, we already knew about his public life of his career but then today we will focus on his personal life.

We all know the social media personality Colby Brock who gained popularity from the vine videos alongside his close friend Sam Goldbach. The 20-year-old young boy from Stanley, Kansas has already a huge fan following.

If you are one of the huge fans of the young and talented Colby and wants to be updated about his personal affairs including his dating life, girlfriend, and relationship than stay with us!!!!!!!!

Colby is quite popular among youngsters especially girls who love his adorable and charming personality. Most of you might wonder that this young lad has a long list of girlfriends but as per the sources, he is still single.

He has never been linked with anyone so far and with no proper evidence of him being in a relationship, we can assume that he is single.

Well, it is still too early for him to be in a committed relationship which might the reason behind him being so secretive regarding his affairs.

He, however, during his high school had a crush on a Drummer girl. Guess who also had a crush with the same girl....well none other than his now best friend( they did not know each other at that time) Sam....what a coincident!!!!!

Who's your other half? Here's mine. #brolby

Though they did not reveal who ended up with that girl they did mention about finding each other and becoming one of the closest friends.

Colby and Sam with the dream to be famous started uploading unusual videos on the vine and within no time people started noticing them and their videos.

Starting our day the Sam and Colby way heh heh  w/ @McDonalds $2 Small #McCafe Limited time only at participating McDonald’s. DONT MISS OUT. Cannot be combined with other offer or combo meal soooo make sure to go to #McDonalds QUICK! #ad

The video they made was titled 'Following Fat People' on the Vine page and it was viewed by 15 million people, which was published on 4th of August 2014.

The video was, however, backlashed by many people as they found it quite offensive to the people who have over-weight issues. Later Sam give a statement, he said:

“We wanted to become known, so we thought the best way and the fastest way to do that was to be funny on Vine.”

Similarly, they also have a Facebook channel named Sam, and Colby. They have 8 lacs subscribers and 54 million, viewers. Colby is active on his social sites where he has 566,000 followers on Instagram and on Twitter, he has 1232,000 followers.

Here is the collection of the best vine videos of the dynamic duo.....enjoy watching!!!!! 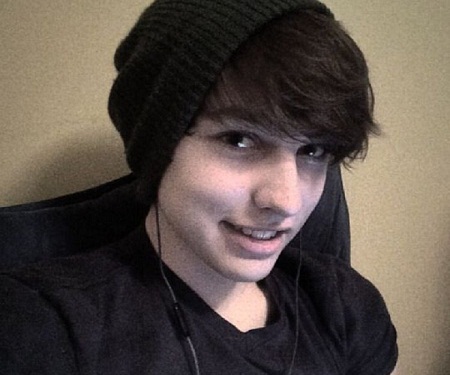