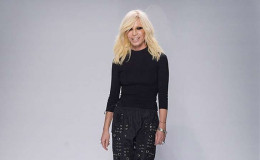 She is dissatisfied with the TV series The Assassination of Gianni Versace: American Crime Story, the biopic based on the Versace's brother Gianni Versace's murder. During an interview earlier this year, she criticized the show as it was 'a complete work of fiction'. Get the details about the topic and some of her personal stuff over here.

Donatella Versace recently amazed everyone in the Valentino show during Paris Haute Couture Fashion Week as one of the guests of honor.

She is dissatisfied with the TV series The Assassination of Gianni Versace: American Crime Story, the biopic based on the Versace's brother Gianni Versace's murder. During an interview earlier this year, she criticized the show as it was 'a complete work of fiction'. She was once married to her ex-husband Paul Beck with whom she shares two children. Get more details about her life in today's section!

Donatella, 62, is the current vice president of the Versace Group. She's also the chief designer in the group holding 20% share of the business.

After her brother, Gianni Versace was shot dead in 1997, Donatella proved herself the perfect image of her brother. 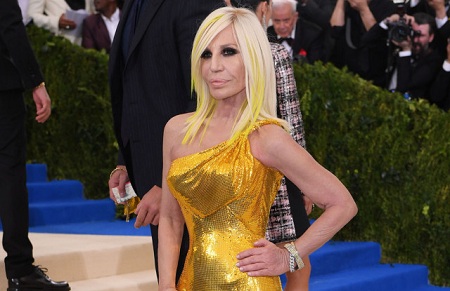 Apart from her profession, her personal life is also the matter her fans are concerned with. After two marriage failures, it seems that the star has chosen to remain single.

She married American model Paul Beck in 1983 and have two children: daughter Allegra Versace Beck and son Daniel Versace. Sources say that Allegra was very close to Gianni and that's the reason why he left half of his company to Allegra. 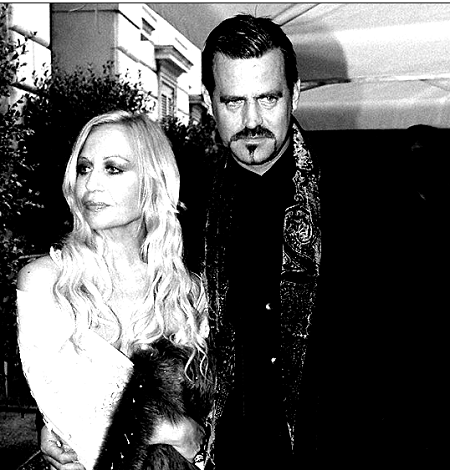 Donatella with her former husband Paul Beck
Source: Salary and Net worth

The couple divorced in 2000 because of some personal issues. Four years later the divorce she married her second husband, Manuel Dallori. Though the duo was happy at first, they parted ways in 2005. 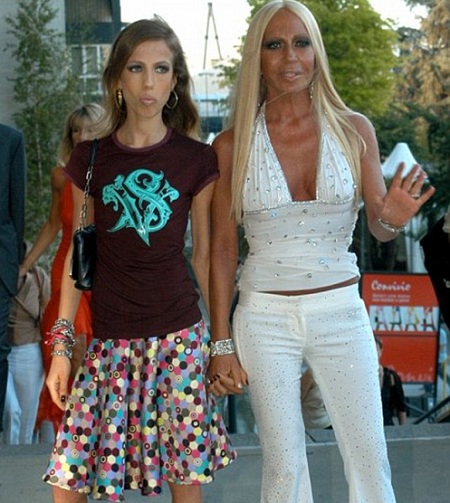 Despite the terrible loss of her brother and two painful divorces, Versace is living a happy life with her children.

Donatella Versace Denounced the TV Series, The Assassination of Gianni Versace: American Crime Story Based On Her Brother's Murder

Donatella's brother Gianni Versace was shot dead near his Miami villa on 15 July 1997 at the age of 50 by a serial killer named Andrew Cunanan. 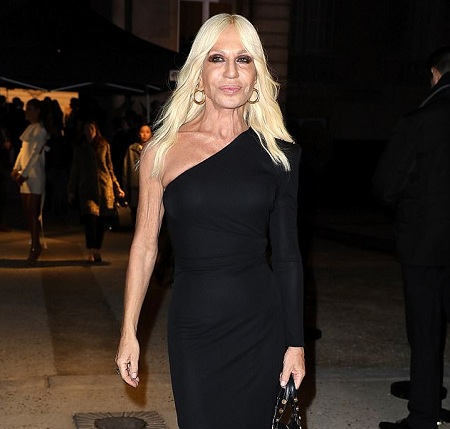 His murder has been featured in countless articles, books, and movies, including in the top-rated crime/thriller series, The Assassination of Gianni Versace: American Crime Story. 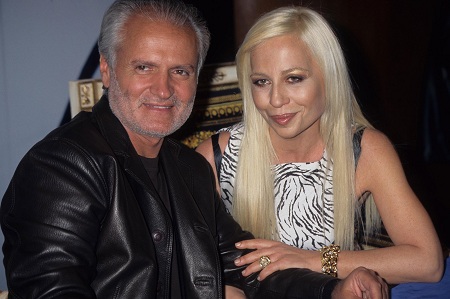 During an interview with Italian daily La Republica on 10th January, she stated that the show is 'a work of fiction' claiming that the family have neither authorized nor been involved in the series.

Oscar-winning actress, Penelope Cruz is playing the role of Donatella in the series that premiered on 17 January 2018.

Cruz, who appeared on Ellen DeGeneres show this month disclosed:

'You feel much more responsibility [playing a real person]. When [show creator Ryan Murphy] called me... I said "I need to make a phone call and talk to Donatella about this" before taking the job.'

Venezuelan heartthrob Edgar Ramirez played the role of Gianni Versace. The Italian designer was treated for the H.I.V. virus in the second episode of the series.

Well, the topic is also raising a lot of controversies in the town and many have spoken against the series. 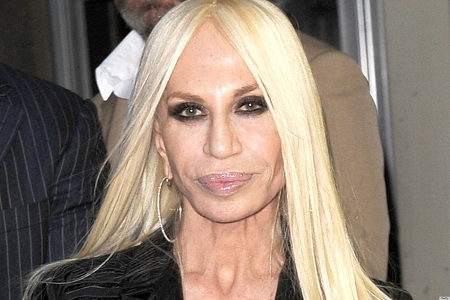