Home Article Who is Emily Rudd's Dating Currently? Know in Details about her Boyfriend and Relationship

Who is Emily Rudd's Dating Currently? Know in Details about her Boyfriend and Relationship

If you guys are desperate for 'Oliver Forever', this could interest you. Newcomer Emily Rudd is perfectly enjoying her upgrading career.

A comedic crime drama Olive Forever, the new USA network's show is all set to release in 2018 and the lead cast of the show Emily Rudd is getting all the attention from the fans.

It is her first TV show where she will be playing a high school student who is also a con artist and a cat burglar. The show looks promising, and we are looking forward to seeing Emily on the show.

She already has a huge fan following, and people are excited to see what she can do on the screen. Similarly, Emily is also rumored to be dating someone.

The model and actress Emily is currently dating Justin David Blau who is popular by his stage name 3LAU. Based in LA, he is a DJ and an electronic dance music producer.

The couple is pretty coy about their relationship and does not share much with the public but we can see their cute posts on their respective social media. 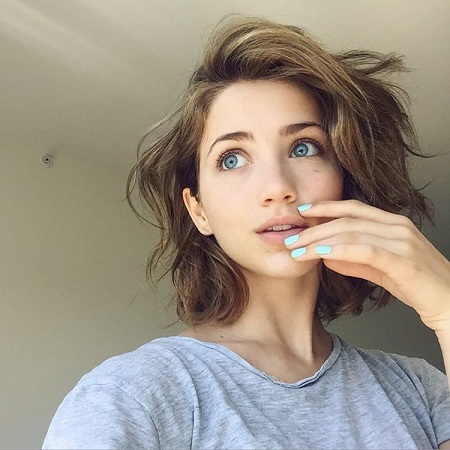 Here is the post of the duo celebrating their anniversary.;

i'm as surprised he's still with me as he looks in this photo. happy anniversary ??

Here's another post from November 2015. They just look inseparable!!!

The cute birthday wish of Emily to her boyfriend. Awww!!!!!

happy birthday to my fav

The duo seems so much in love with each other and it is so beautiful to witness!!!

he's still dating me for some reason pic.twitter.com/FtDO5l8Kl9

Both of them are quite busy with their respective career so getting married is out of the question but we do wish them to be always together.

Newcomer Emily has landed the lead role in USA Network's Olive Forever. It is a comedic crime drama pilot set for release in 2018.

Olive Forever is all about Olive, a high school student, con artist, cat burglar and some other characters in the surrounding. This a major break for Emily who spent most of her childhood in karate, gymnastics, and horseback riding.

Furthermore, the star who performed the lead of cable pilot Sea Change is all set for new projects. She can also be seen in Amazon's series Philip K. Dick's Electric Dreams. 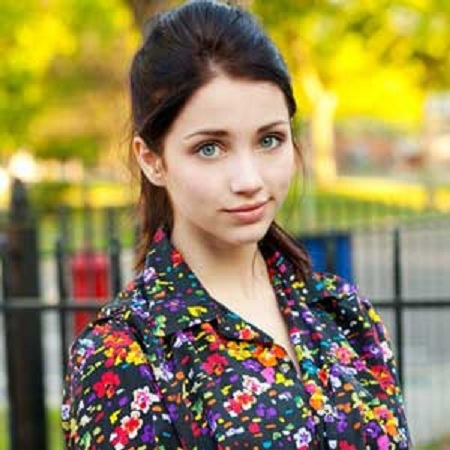